Pelosi Fiddles While the Democrats Burn

Nancy Pelosi (D – Boomers) has a problem. Scratch that, she has a number of problems, non counting her own ethical and moral shortcomings.

Pelosi is the Queen of Projection. She projects an air of invincibility while also projecting her weaknesses onto her political opponents. So, even though Nasty Nancy just got back her Speaker’s gavel, she does so at the weakest moment in the Democratic party’s history since World War II. 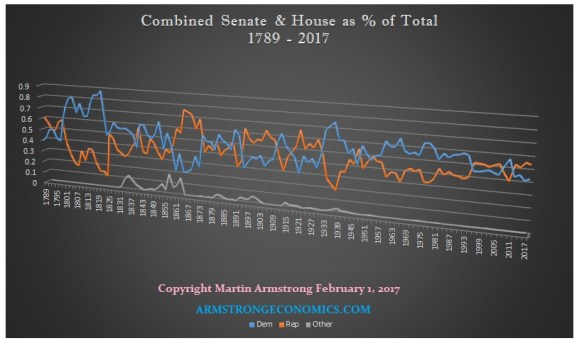 Democrats Are Close to Terminal Decline

The traditional three-headed coalition of the Democrats has been shattered. The middle class Union guys are gone. By the time Trump is done with her over border security Pelosi’ll lose a bigger swath of the Hispanic vote than she already has.

All that will be left is her warmongering, globalist, shills for the MIC and the Deep State. Bicoastal Smug Liberals.

But, the hollowing out of the middle class is Pelosi’s biggest problem. Betraying the former Bernie Bros was the beginning. The Democrats under her leadership give lip service to bank reform which, in turn, has the hard-core Socialist left fired up.

That’s what rock-star Alexandria Ocasio-Cortez represents. She is the face of what’s left of Occupy Wall St. And she has a strong, knee-jerk, anti-incumbent, anti-establishment momentum behind her.

It doesn’t matter that she’s 28 years old, has little to no life experience or a firm grasp on reality. This is politics and these are chaotic times. She already has an acronym (AOC) and a nickname. She’s important.

Warhorses like Pelosi don’t know how to change their ways this late in their game. They think they can buy off people like AOC and outmaneuver her.

Pelosi faced a serious challenge to her party leadership in the run up to being elected Speaker of the House again. And she paid for that smooth vote with AOC’s appointment to the House Financial Services Committee.

When you’re going for the kill-shot on Trump there can be no weaknesses perceived.

But the big betrayal by the Pelosi Set is on war and empire. The same arguments animating the GOP insurrection against Trump by neoconservatives keeps Pelosi’s Smug Liberal interventionists happy.

The leadership of both parties love the Empire. They work non-stop to keep that gravy train flowing. It’s how they stay in power, amass incredible personal fortunes and why the country at large — left, right and center — hates their guts.

Do you think AOC wins her primary if the DNC hadn’t been so thoroughly despicable to Bernie Sanders’ supporters?

Or such full-throated supporters of questionable foreign interventions?

Pelosi is betting her political farm on border security. She does so because it is the one issue which galvanizes both her corrupt leadership with the populist, socialist Left represented by AOC.

They all hate what they perceive as bigotry.

And it is also a distraction from the real issue that Trump put front and center, the Democrats’ weakness on foreign policy.

By announcing the pull out of U.S. troops from Syria and Afghanistan he reminded everyone just how much Pelosi et.al. love spending your money bombing brown people overseas for their profit.

As I said, appearance of strength is all that matters in politics at this level. Pelosi cannot afford to look at all weak during a government shutdown she started to oppose Trump and regain the White House in 2020.

So, while Pelosi is focused on being the establishment’s mouthpiece for taking down Trump to regain control over the vast government machinery, rebellions are happening within her own party.

Enter Tulsi Gabbard. Gabbard has real promise as the anti-war/anti-empire insurrectionist within the Democrats. She is a leftist version of Ron Paul in that she’s hated by everyone who thinks they are someone.

Because nothing unites the DNC and the RNC like the threat of peace getting an audience on the national stage.

When “anti-incumbent” is the watchword of the day, Gabbard throwing her hat into the 2020 Presidential race is a big deal. Gabbard will get support from anti-war Republicans, Independents and Libertarians.

They will cross party lines to vote for her in primaries, hurting the anointed ones.

She will successfully fund-raise on ending useless and counter-productive engagements in the Middle East. With her part of the Presidential conversation it forces her opposition to adopt her positions while simultaneously supporting Trump’s struggle against his own staff.

Trump should give her a lifetime membership to Mar-a-Lago.

Yes, she’s a mess economically, but that’s not where her value lies. She’s everything the current Democratic party isn’t: attractive, conscientious, brave and committed to peace.

And that is a nightmare for Pelosi. She’s positioned herself as being against whatever Trump is for. That makes her an easy foil for him.

With Gabbard in the race Trump can go hard on foreign policy and create havoc in the Democratic primaries. As long as he stays in the game, Gabbard is his stalking horse.

Don’t underestimate the political points he scored with canceling Pelosi’s overseas trip. This is the Donald Trump we asked for — end politics as usual.

Confront the banal hypocrisy of our ruling class.

And, most importantly, call out the cheap virtue signaling hacks like Pelosi get a free pass on every day in the media.

Trump made it clear that if Pelosi wants to conspire with foreign leaders against him that she can do it on her own dime.

And having the shutdown as the excuse in a perfect game of brinkmanship made it even more effective.

Pelosi acts like she has Trump dead to rights on petty corruption thanks to Mueller’s songbird Michael Cohen. I don’t discount how hard they are gunning for Trump now. But like Theresa May in the U.K. over Brexit, there is only so much people will take in service of petty party infighting.

So Pelosi has to be careful how she plays her hand here. She’s losing to Trump on the wall. Every day the argument against it looks both silly and hysterical. $5.7 billion is less than one week’s interest on the national debt.

But, she’s pot committed to her position that ‘walls are immoral.’ What she may find out here is that if you back someone like Trump into a corner and promise to destroy everything he has, then he then has nothing left to lose.

And that is when he is most dangerous to not only her but to everyone she’s beholden to. After that her own people’s knives come out.