The Yellow Vests have reached critical mass. And the movement has now created the perfect storm for President Emmanuel Macron.

He can no longer ignore it, even though he tried to do so. And his lack of understanding of the situation as well as his open contempt for his opposition has placed him in a political vice.

Ignoring the problem will only make him look weaker and more disinterested. He could address the situation, put France first and step aside for new elections, which is the decent thing to do.

But, he’s chosen the predictable third option, crack down on the protesters in a futile show of strength. Authoritarians react to challenges like clockwork.

Before last weekend’s Act VIII protests Macron had one of the Yellow Vests original organizers, Éric Drouet, a truck driver, arrested and released pending a trial for “organizing an undeclared demonstration” while meeting with friends at a restaurant.

Update: Now PM Edouard Philippe is signaling a new law that will ban all forms of protests. According to the latest from Zerohedge:

Prime Minister Edouard Philippe presented the new initiative to curtail the violence and unrest while targeting “troublemakers” and banning anonymity through wearing masks on French TV channel TF1 on Monday. He said the law would give police authority crack down on “unauthorized demonstrations” at a moment when police are already arresting citizens for merely wearing a yellow vest, even if they are not directly engaged in protests in some cases.
PM Philippe said the government would support a “new law punishing those who do not respect the requirement to declare [protests], those who take part in unauthorized demonstrations and those who arrive at demonstrations wearing face masks”.
Philippe’s tone during the statements was one of the proverbial “the gloves are off” as he described the onus would be on “the troublemakers, and not taxpayers, to pay for the damage caused” to businesses and property.
“Those who question our institutions will not have the last word,” he added.

Translation: You will accept your fate as serfs to the globalist order I serve or you will be wiped out. And this is the path that all governments choose just before they are overthrown, seeing no other option because weakness equals death in politics.

The problem is that competence, not power, as Jordan Peterson continually points out, is what gives legitimacy to leaders and institutions. Our dominance hierarchies are not based on power, but competence. And with this speech Philippe joins Macron in proving he has nether.

The Yellow Vests are responding to an obvious lack of competence, that’s what lack of faith in institutions looks like. So, even if order is restored and the Yellow Vests subdued in the short run it will always lead to a bigger uprising later.

This is the lesson of the French elite rigging the election in Macron’s favor last year. They did so to continue the march towards their plan of European integration and the destruction of culture like the good little cultural Marxists they are and the people have rejected it wholly, refusing to be bought off with crumbs (small tax breaks).

Into the midst of this come the Italian Dynamic Duo of Salvini and Di Maio, leaders of the two Euroskeptic parties which make up the ruling coalition there. They both encouraged the Yellow Vests to continue to pressure the French government into reform.

All Philippe’s government could do was respond with “sweep your own door.” Ooh, do you feel the burn from that one!

And after Yellow Vests targeted both the Bank of France in Rouen and the National Assembly in Paris, Macron’s government has finally come out of hiding to announce even stronger crackdowns on these protests.

But Macron himself couldn’t do it. If he did it would simply spark an even more extreme reaction. So, at this point Prime Minister Edouard Philippe is handling the bad PR duties informing everyone that even more crackdowns are coming on these protests.

Because order and all of that. 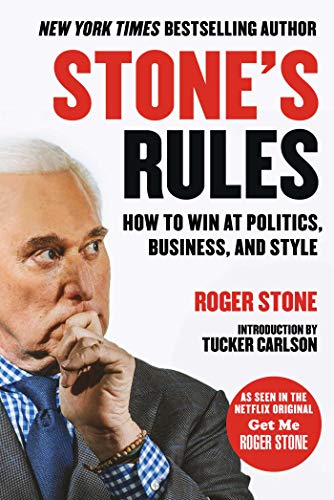 But, the important take away from this announcement of further crackdowns is that this should only make things worse for Macron and Philippe. And it will further destabilize French society as over-worked (and seriously under-paid) police are asked to do more.

Remember, the French police donned their own yellow vests at one point complaining that they hadn’t been paid for the over-time they’ve put in to “control” these protests by stoking further violence.

If France falls into complete political chaos it will eventually force equity and bond markets to pull their heads out of the sand and see the truth for what it is, that Europe is not the model of future stability just because Macron, Merkel and Super Mario Draghi say it is.

A call for a further crackdown against protests is the same response as the new EU laws on internet speech and dissemination of memes, Articles 11 and 13, they are attempts to stop open dissent against a distant and uninvolved leadership.

The Yellow Vests in France have made the cognitive leap that Italians did in last year’s elections. That the EU is a scam and all of its policies were designed to do exactly what its done — impoverish the working classes, enrich the aristocracy and enforce it through a Byzantine bureaucracy that makes the world of Terry Gilliam’s Brazil look like a Toyota factory floor.

A France on general strike, paralyzed by political turmoil and a government at war with itself, even if Macron steps aside, will call into serious question the future viability of the EU and the euro.

This is why Salvini and Di Maio’s support of the Yellow Vests is so important, it provides another vector of attack on the EU which they eventually cannot ignore.

Previous article by Thomas Luongo: Tucker Carlson and the Plight of the Yellow Vests