Does the American public really understand what happened to Lt. Gen. Michael T. Flynn?  Highlights of the case have been thoroughly exploited by the shallow, left-leaning media as a convenient avenue to attack President Trump.  But important elements of the story remain largely buried from public view.

The tragic political demise of this distinguished general who was President Trump’s initial national security adviser, one of the key jobs in the White House, has been well documented.  Former FBI director James Comey and the now disgraced upper echelon of the FBI and, subsequently, Special Counsel Robert Mueller maliciously trapped him, resulting in his ultimate prosecution and pleading guilty to lying to the FBI.  Not only did Flynn lose an important and influential job in the White House, but they also bankrupted him with legal fees; threatened his family; and, worst of all, damaged the good name of a highly decorated military professional who served his country honorably and with distinction as a member of the American Intelligence Community.

The despicable and unethical attack on Flynn immediately after his appointment by Trump was just one element of a shameful Deep State campaign to discredit and destroy the Trump presidency.  As Trump’s national security adviser, Flynn had Trump’s ear.  He was potentially the Deep State’s worst nightmare.  Flynn knows in detail how the Intelligence Community and the FISA courts operate.  With a 33-year military career, including heading up the Defense Intelligence Agency, Flynn was an existential threat to outgoing President Obama and his shameless and highly partisan CIA director, John Brennan, who cynically and criminally corrupted the Intelligence Community for political purposes on behalf of Obama and Hillary Clinton.

The Conservative Tree House linked Flynn’s fall from grace to his knowledge of what happened in Benghazi.  Flynn knew how they lied and covered up the disaster that cost four American lives, including an ambassador’s.

Behind the attack-motive was the much bigger State Department and CIA problem with the U.S. Libyan weapons and the flow to Syria.  The U.S. sending weapons into the hands of al-Qaeda was always the larger risk to the Obama administration.  This problem started with Clinton (State) and Panetta (CIA at the time), but now those weapons going to Syria was an even bigger problem.  Flynn was not in place at the time (2010 – 2011).

There is yet another major element of Flynn’s fall from grace that, predictably, has been ignored by the politically correct, anti-Trump media. 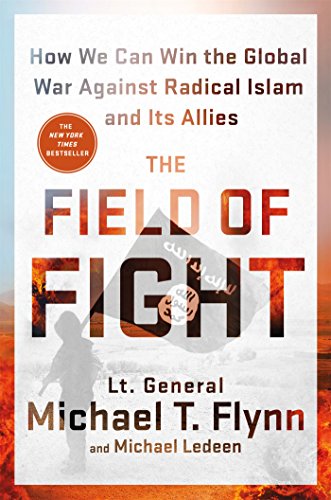 In 2016, Flynn published his book, The Field of Fight: How We Can Win the Global War Against Radical Islam and Its Allies.  That’s the last direction of policy that Barack Hussein Obama, Brennan (there is suggestive but unconfirmed evidence that Brennan is a converted Muslim), and their pro-Islamic allies wanted as a priority agenda of the new administration.

You will recall that Obama’s well established Muslim sympathies led him to pressure Egypt’s President Hosni Mubarak into inviting the Muslim Brotherhood to attend his Cairo speech over Mubarak’s objections.  Obama later supported Muslim Brotherhood-backed Egyptian president Mohamed Morsi until Morsi was overthrown by the Egyptian people with the help of the Egyptian military.  Who can forget Obama’s criticism at a prayer breakfast, where he never mentioned Islam, of what Crusaders did in the name of Christianity?

France’s Ghosts of ‘68Chocolate Is Better Than Cough Syrup