Vaccine mandates generally have their basis in federal recommendations from the Centers for Disease Control and Prevention (CDC). Most Americans believe that the CDC’s guidelines are carefully crafted, based upon unbiased and thorough scientific research, and that they will keep us safe. This narrative isn’t necessarily true.

Because of their misplaced faith in this federal agency, most people assume there is no need to push back against federal narratives on vaccines or against anticipated federal vaccine mandates. In his important new book, Vaccines – A Reappraisal, Richard Moskowitz, M.D., provides information which should thoroughly refute these assumptions.

Dr. Moskowitz is a family physician who received his BA from Harvard, Phi Beta Kappa, his M.D. from New York University, and a U.S. Steel Fellowship in philosophy at the University of Colorado. He has been in private practice since 1967 and, with over fifty years of experience, he is intimately familiar with the potential impact of vaccines upon patients. In his easily digestible book, he examines vaccines and current policy regarding them and provides extensive scientific information which should cast doubt upon the assumptions that they are safe, necessary and effective. 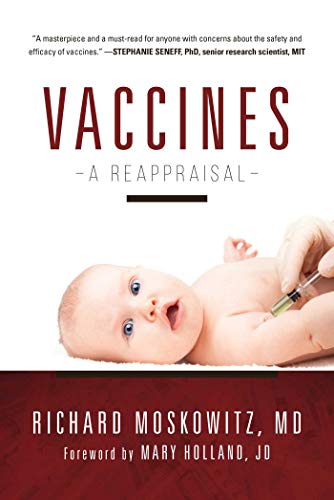 Dr. Moskowitz explains that, in 1986, as a result of Congress’ passage of the National Childhood Vaccine Injury Act, liability was removed from vaccine manufacturers for harm caused by vaccines. As he explains, a special process known as the “Vaccine Court” was established, with rules uniquely applicable to the vaccine industry, making it extremely difficult for claimants to prevail and receive an award of damages. Any damages awarded are paid by the public, through tax dollars. Dr. Moskowitz also explains that the number of vaccines recommended by the vaccine industry, and the CDC, has continued to escalate following the removal of liability from manufacturers. In light of being shielded from liability, something not afforded to other industries, there is simply no downside to the vaccine industry pressing for more vaccinations

If you find the lack of vaccine manufacturer liability surprising, you may be even more surprised by Dr. Moskowitz’s discussion concerning vaccine safety testing. He explains that vaccine safety trials are generally conducted without something we have all come to expect — a control group of untreated individuals for comparison.

Generally, researchers do not use unvaccinated “controls” receiving inert placebos in vaccine testing. Dr. Moskowitz provides a multitude of examples of vaccine safety trails for specific vaccines in which one set of subjects received the vaccine and the control set received other vaccines. In other examples, the control set received aluminum, a known neurotoxin used as an adjuvant in vaccines. Dr. Moskowitz also highlights the extremely brief observation periods – often 14 days or less – for monitoring adverse effects in vaccine trials. Additionally, he discusses the discretion those conducting the testing have in deciding which adverse conditions experienced by the subjects are deemed to be vaccine-related and included in the reporting, resulting in many adverse effects not being included in the study results.

Dr. Moskowitz also provides ample evidence of harm and potential harm caused by vaccines. He points to epidemiological research which indicates that vaccines may interfere with the normal development of a healthy immune system. As he explains, contracting and recovering from many of the acute childhood illnesses currently being vaccinated for matures the immune system, priming it to respond to future infections and potentially providing significant protection against chronic diseases later in life, such as certain autoimmune diseases and cancers. He also reminds us that many of the diseases which have been added to the CDC vaccine schedule are rarely a serious health risk in the developed world, such as chickenpox and rotavirus.

The book also discusses little-known information concerning the role that vaccines can play in causing infectious disease outbreaks. Dr. Moskowitz discusses the viral and bacterial shedding that can occur after receiving certain types of vaccines, such as those with attenuated live viruses. This shedding causes potential exposure to others. The book also highlights the role of vaccines in promoting and accelerating the evolution of new strains of bacteria and viruses, similar to the increase in resistant forms of bacteria from the overuse of antibiotics. As the strains being vaccinated against are diminished, others grow stronger or new ones emerge. Dr. Moskowitz cites to the pertussis (whooping cough) vaccine as an example of this, discussing the increase in pertussis and pertussis-like infections in recent years, with strains the vaccine is not effective against growing stronger. 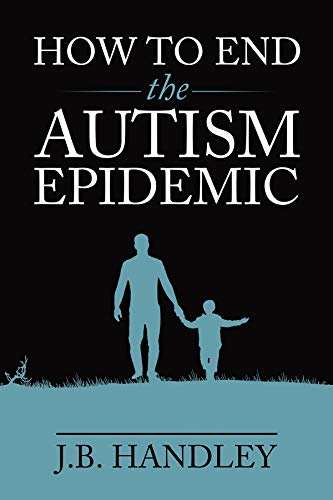 Dr. Moskowitz provides information on the effectiveness levels of vaccines that will surprise many.

Many vaccines have demonstrated low levels of effectiveness. Dr. Moskowitz provides research information on the flu vaccine as an example. As another example, he discusses outbreaks of measles among those already vaccinated for it. He also provides historical information showing that many of the common beliefs about the role vaccines have played in eradicating disease is mere mythology. For example, he discusses the fact that the rate of “paralytic polio” decreased the year that Salk’s injectable polio vaccine was introduced, in part, because the CDC redefined the diagnosis criteria for the condition the same year, significantly narrowing it to apply to only the most severe cases. Once the new diagnostic criteria were issued, many of the cases which would have previously been included in the polio statistics were no longer included. He also discusses the fact that many of the most serious diseases currently being vaccinated against were already in steep decline prior to vaccines being administered for them.

Perhaps the greatest contribution of the book is Dr. Moskowitz’ painstaking review of specific vaccines, detailing their types and ingredients and presenting scientific evidence of harm and potential harm caused by them. This includes information about brain injury, seizure disorders, autoimmune disorders and many other catastrophic, life-altering health consequences. His work clearly dispels the notion that vaccines are almost entirely beneficial with only an infinitesimal risk. Vaccines – A Reappraisal is a tremendous work and should be read by Americans, who have already faced mandatory vaccine legislation in many states and will likely face proposed federal mandates in the near future.

The Covington Hoax Jackboots in the Morning