More information is supporting the theory that the current big Justice Department “investigations” are actually functioning as big cover-up operations.  Robert Mueller’s team is effectively hiding key evidence related to serious crimes committed by government officials.  Mueller has nearly complete control over what the public or any investigator can see.  He has control over what witnesses can talk about.

This means that the Huber and Horowitz investigations exist to make you think something is being investigated when it is not.  That is why Representatives Doug Collins, Mark Meadows, and Jim Jordan sent a letter to Huber, the U.S. attorney, this week that essentially exposes the fraud.

The letter begins, “We write to request an update on the progress of your review of irregularities involved with the Department of Justice’s (DOJ) and Federal Bureau of Investigation’s (FBI) actions during 2016 and 2017[.]”  The letter then points to facts that indicate that there has been no real investigation.  None of the many key witnesses has been interviewed.  Huber refused to testify at a recent congressional hearing about the Clinton Foundation.  The letter then asks for information in four areas where Huber cannot reply without further demonstrating that this is a fake investigation.

There is also mounting evidence that hiding facts is common in deep state political crusades.  A recent column by Marty Watters and Lee Cary exposes Mueller’s long history of improperly hiding evidence.  The column begins, “During his twelve-year reign as FBI Director, Robert Mueller not only protected his criminal friends by silencing those who could expose their bad acts, he projected his friends’ crimes onto others.”

One example cited is the case of William Campbell, who infiltrated Russia’s State Nuclear Energy Corporation, Rosatom, for the FBI.  Over a period of eight years, he documented the bribery and money-laundering involved in Russia’s effort to get access to U.S. uranium assets.  Massive donations were made to the Clinton Foundation, and absurdly high speaking fees were given to Bill Clinton by those who planned to profit from the deal.

The reason you have not heard Campbell’s story is that FBI director Mueller forbade him to go public.  Attorney General Loretta Lynch threatened Campbell with jail if he told the truth.  The truth was hidden, and the deal went through.

You will remember the case of Valerie Plame, where a special counsel was empowered to find out who “outed” supposed covert agent Plame.  It was known early in this politically motivated investigation that the chosen target, Dick Cheney’s top aide, Scooter Libby, was not the person who had leaked Plames name.  There were two earlier leakers whom Mueller’s FBI knew about.  But the special counsel did not want to let a good investigation go to waste, so he prolonged it for maximum political effect.   Sound familiar?

We know that the person who leaked Plame’s name to Robert Novak was Richard Armitage.  The Watters-Cary column added a new twist to the story by introducing an earlier leaker, who was hidden by Mueller.  An FBI employee, Sibel Edmonds, did not like the extensive illegal surveillance she was witnessing.  She wanted to expose the criminal actions of the FBI.  Director Mueller intervened on two occasions to silence her.  Some of the information from the surveillance related to Plame.  Watters and Cary write: 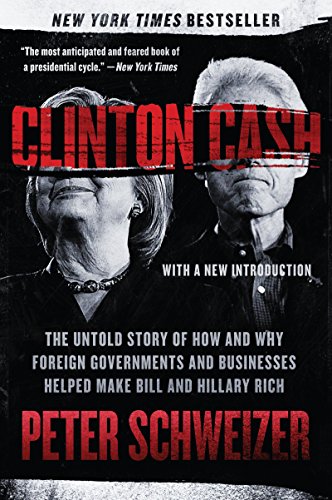 One of the “secrets” that Mueller did not want Edmonds to expose was that the FBI has a 2001 recording of Under Secretary of State Marc Grossman outing Plame’s identity as a CIA employee to a Turkish diplomat.  This was long before Richard Armitage claimed he “accidently” [sic] outed Plame to Robert Novak.

Silencing Edmonds enabled Mueller to position his protégé, Deputy Attorney General James Comey, to eventually appoint their mutual, close friend, U.S Attorney Patrick Fitzgerald, as the Special Counsel tasked to discover who leaked Plame’s identity as a CIA employee.  Everyone with a need to know already knew the original leaker was Grossman.  But the public didn’t need to know, and so the spin-up to the lengthy Plamegate puppet show began.

Scott Johnson of Powerline has three posts about “Mueller’s Cone of Silence” that relate to Mueller attempting to hide evidence in his Russian troll case.  In February of last year, Mueller indicted Russian social media actors (some of whom do not even exist) for some trivial actions not aimed at any particular candidate.  The apparent purpose of the indictment was to feed the Trump-Russia collusion fable by creating news stories containing the word “Russia.”  Mueller surely had no expectation that the Russians would answer the charges, but Concord Management did just that.

China and the Uyghurs Is Paul Whelan a Spy?