Not even music from the heavens is immune to the laws of economics. It is no secret that public interest in J.S. Bach and Johannes Brahms is diminishing. The older patrons are dying off and the younger generations are about as attracted to classical music as Adina is to Nemorino from L’elisir d’amore. Because of this, symphony orchestras and opera houses are having a tough time balancing the books, depending on pop culture references, like video game themes and movie soundtracks, to pay the rent.

With demand dissipating and the supply of classically-trained musicians only growing, the industry has never been more competitive. If you’re a violinist, then be prepared to compete with thousands of others in your city for a seat in the local 50-member orchestra. Unless you’re Hilary Hahn or Daniel Hope, your chances of landing a gig are about as high as not falling for the coquettish Carmen.

Should you earn a full-time position with the company, will you be earning the same as everyone else? That question is being debated at the Boston Symphony Orchestra (BSO) as one celebrated musician is getting paid less than another renowned performer. The case is now being brought to the courts. 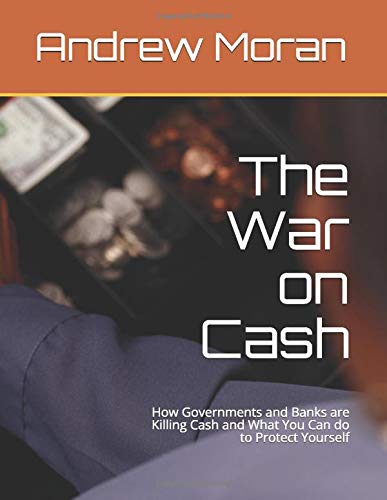 Elizabeth Rowe, the first chair flutist for the BSO, is suing the organization over gender discrimination. She claims that she is receiving $70,000 less than John Ferrillo, the principal oboist. Using the third-wave feminist lens, you would surmise that this is a case of woman-hating on the part of the non-profit outfit. However, once you dive deeper into the case, you see that it’s not as simple as that.

Ferrillo, who has been with the BSO since 2001, was previously employed by the coveted Metropolitan Opera Orchestra. The BSO poached him from the Met by offering “twice what the orchestra’s rank-and-file make.” Rowe, meanwhile, was hired in 2004 as part of a “blind audition,” which involves performing behind a brown, 30-foot polyester screen, so no one could identify her gender or race.

The BSO insisted that gender did not play a factor in its compensation package.

So, what’s the real story then?

In a statement, the BSO leadership correctly pointed out three important facts: The two are not the same instruments, the oboe is harder to play, and there is a larger talent pool of flutists.

Just because you perform in the same orchestra, it doesn’t necessarily mean that the equal pay for equal work policy applies. A harpsichord is much more difficult to play than the piano – and there are fewer harpsichordists than pianists, too – but here is the $64,000 question: Do both instruments command the same wages?

Or, looked at another way, you were hired to play the spoons. Should you receive the same level of pay as a flutist or bassoonist? Hardly – unless there was suddenly a surging demand for the limited supply of spoons players to perform Mozart’s Requiem on a nightly basis.

The laws of supply and demand will always apply to labor, including orchestral members. Today, the average male orchestra member earns $254,000 a year, while the typical female orchestra member garners $202,000. This isn’t blatant discrimination, but rather it’s that women are playing the same instruments and growing a particular talent pool, or men are playing multiple instruments and applying for several positions.

Plus, here’s what makes the story even more fascinating, according to The Washington Post:

Although four other principal BSO players — all men — earn more than Rowe, the orchestra notes that she is paid more than nine other principals, of which only one, harpist Jessica Zhou, is a woman. Rowe has been given occasional raises, and her current salary is $250,149 a year.

One of the biggest fallacies in the world today is gender pay. According to the left, we need to believe that companies are actively discriminating against women because they hate them and feel they are inferior to men. It’s the patriarchy, people!

But is this really what’s going on? Many believe that’s the case at one British supermarket chain.

Across the pond, Tesco is facing legal action as thousands of female store workers are demanding up to $6.8 billion in back pay. They contend that cashiers, mostly women, are earning as much as $4 per hour less than male warehouse workers. Legal representatives cite an “inherent bias” for women being underpaid. In other words, it’s sexism at play, not other workplace factors.

Here’s the reality: Most cashiers are women and most warehouses are staffed by men. Also, distribution work is vastly different than checking out groceries for customers; warehouses require heavy lifting, packing boxes, placing orders in delivery areas, and much more. It’s apples to oranges.

Just because you are employed by a company and share a title with eight other people, it’s important to know that not everyone will earn the same. Even if you have the same level of experience, education, and skills, it may not work out like that in the end. But why?

Let’s examine two attorneys, one male and one female who have identical CVs. On the surface, both would be posting the same earnings. However, if you scratch beneath the surface you find that the male lawyer might be willing to work evenings or meet with clients three hours away on a Sunday morning, while his counterpart wants a greater work-life balance.

Should both lawyers earn the same or would it be fair that the male attorney makes 3% more because he’s willing to put in the extra work?

Should a backup shooting guard earn the same salary as LeBron James? They’re both doing the same work: running around, dribbling a ball, and throwing it at a net. But we all know that James provides more value to every team he’s on than Jameer Nelson of the New Orleans Pelicans.

The problem with social justice is that it lacks logic and intellectual consistency. It is a shame that elementary economics has been hijacked by social justice warriors and its subgroup of wage crusaders. Just because there’s a human element involved, it doesn’t mean the laws of supply and demand do not apply to labor as well. Flutists and engineers, oranges and Uber rides – it’s all the same.

Andrew Moran is the Economics Correspondent at LibertyNation.com and is the author of The War on Cash. You can find more of his work at AndrewMoran.net.