When Jefferson County Circuit Judge Michael Graffeo issued a ruling on the Alabama Memorial Preservation Act just minutes before his term expired last week, he upended the entire understanding and meaning of the original Constitution and the relationship between the States, the cities, and the general government. More importantly, though Graffeo’s decision will probably–not definitely–be overturned, the ruling provides a cautionary tale in ongoing efforts to pass similar legislation across the South.

But first, a brief history of the controversy is in order. The City of Birmingham began discussing plans to remove the Linn Park Soldiers and Sailors Confederate Monument in 2015 after the Emanuel A.M.E. Church massacre in Charleston, SC. Just one week later, then Governor Robert Bentley ordered that all Confederate flags be removed from the Alabama Confederate Monument on Capitol Hill in Montgomery. In response, the Alabama legislature began crafting the Memorial Preservation Act aimed at protecting all monuments and memorials across the State, not just those dedicated to Confederate history. Bentley was eventually forced to resign for corruption and the Act was signed into law in April 2017 by Governor Kay Ivey.

Four months later, the City of Birmingham, at the direction of former Mayor William Bell, covered the Linn Park Confederate Monument in plastic and erected a tall, black plywood barrier around its base after Ohio resident James Alex Field murdered Heather Heyer following the 2017 “United the Right” rally in Charlottesville, VA. Bell stated he did so because, “This country should in no way tolerate the hatred that the KKK, neo-Nazis, fascists and other hate groups spew.” How that related to an inanimate object dedicated over one hundred years earlier by the United Daughters of the Confederacy (not the KKK) and nearly thirty years before the rise of fascism was unclear. This was political grandstanding at its finest.

The State then sued the City of Birmingham for violating the Preservation Act, and as per the law, began demanding a $25,000 daily fee as long as the barriers remained around the Linn Park monument. The City refused to pay, hired the Southern Poverty Law Center to help defend it in court, and kept the “plywood screen” in place for over a year.

This seemed to be a certain victory for the State. The cornerstone for the Linn Park monument was dedicated in 1894 and the monument was finally completed in 1905, making it more than forty years old. The “barrier” clearly “altered” and “disturbed” the monument because it prevented people from seeing most of the memorial or reading the inscriptions on the base. The State also contended that the City lacked standing in the case because as cities are “creatures or instrumentalities of their state of origin” they are not private citizens and therefore have no individual rights.

The City argued that the law violated its right to freedom of speech and right to due process as outlined by the First and Fourteenth Amendments to the Constitution and because corporations (cities) are persons, the State was denying fundamental civil liberties.

Graffeo, in a thinly veiled political ruling, sided with the City. He reasoned that, “It is undisputed that an overwhelming majority of the of the body politic of the CITY is repulsed by the Monument.” Graffeo argued that the city has a “right to speak for itself, say what it wishes, and select the views that it wants to express,” and that by forcing the City to accept a monument with a message it finds “repulsive,” the state of Alabama was infringing on that right. He also contended that the State violated the Fourteenth Amendment by prohibiting the City from moving or altering an object on city property, thus preventing proper due process. 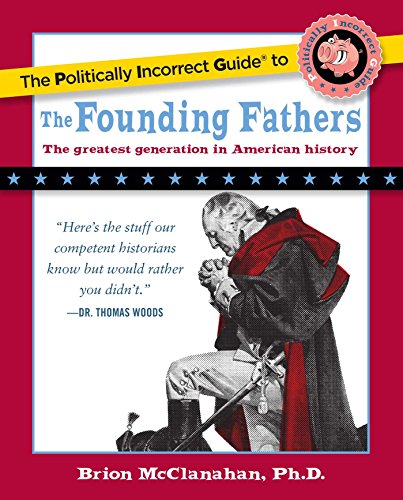 His entire ruling is a distortion of federalism, due process, the Bill of Rights, and the Fourteenth Amendment.

Both the Tenth and Eleventh Amendments to the Constitution make clear that the States are the building blocks of the general government. States retain all powers not delegated to the central authority and cannot be sued without their consent. The general government, then, is the creation of the States or the people thereof, as are cities and municipalities. While Graffeo did not deny that States have extensive powers over cities, he believes that those powers are limited by the Constitution because cities are somehow “persons.”

The notion of “corporate personhood” is a relatively recent creation of the federal court system. No one in the founding generation considered corporations to be “persons,” and more importantly, the ability to charter corporations is not a delegated power of the general government, Alexander Hamilton’s opinion notwithstanding. Only sovereign entities (States) can charter corporations, and as such the State of Alabama could revoke the charter for the City of Birmingham and confiscate all city property. In other words, the City does not technically “own” the property under the Linn Park monument; the State does.

Previous article by Brion McClanahan: The Man Who Made the Supreme Court

Mount St Helens Warning An Act of Gangsterism Against Venezuela