How The Shutdown Can Be Used To Make Air Travel Safer

For some reason, rather than recognizing the failure of the quasi-governmental system and pushing government further out of the airline security process after the post 9/11 failures, we turned to the ever ineffective government to further step in to air travel security. 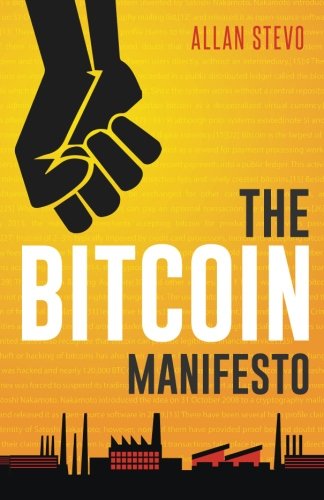 With so many Americans willing to spring into action, this failure could have been a perfect opportunity to turn to the far more effective marketplace to handle the issue and provide a measure of security. Instead, we turned this important function over to government with predictable results.

The fascinating movie “Vice,” depicts the post 9/11 era as deeply influenced by Vice President Dick Cheney, obsessed with seeing power concentrated into the office of the president, merely because it could be, and in his mind should be. The movie tells the story of a man not so interested in ideology, or understanding, or finding truth, but instead focused, above all, on leaving an impact.

Regardless of the veracity of the movie, it’s clear Vice President Dick Cheney has left an astounding impact on the world. Whether the impact was met positive or net negative is an entirely different matter.

On the matter of the TSA, a federal entity that took over the power of the airport security, Cheney’s impact has been entirely bad. The current 2018-2019 shutdown under a president willing to propose radical change, provides an opportunity to reverse this horrible decision to put airport security in the hands of government.

Had Cheney, and those around him, been thinking a little more like a conservative he would have turned to the far more capable marketplace to handle this rather than the predictably disappointing government.

TSA Isn’t Doing Their Job, Isn’t Getting Paid, Now Is A Perfect Opportunity To Dissolve The TSA

With the TSA not doing their job, and not getting paid for that work, it’s a great time to withdraw this government welfare to airlines, by de-socializing airport security, leaving the responsibility to airlines to protect their passengers and equipment from curb to curb. According to one observer:

“If you’re not seeing long wait times at airports, there’s something on the security side they’re not doing.”

TSA officials publicly disagree with that. The fact remains, if it hasn’t already, at some point the current shutdown will affect the quality of work done by the already low quality TSA.

With luck Perhaps this shutdown might even have the impact of culling some federal employees. There are more than 57,000 working for the TSA. They aren’t getting their paychecks. They are calling in sick en masse.  How long would you do thankless work without a paycheck ? How long would you work with an IOU from the US government and its Trump-Pelosi gridlock? Perhaps some of them will just walk off the job and make the transition easier.

Our air travel must be secure. Not only has TSA done a universally terrible job of securing air travel, even by TSA’s own audits, but the single choke point created by relying on government and the strain of the government shutdown further highlights the risk of trusting a government functionary with the important duty of air travel security.

According to one report about the TSA replacing actual security measures with their own brand of “security theater”:

-mock explosives and guns slipped past screeners 95 percent of the time;

-TSA executives and whistleblowers described a toxic culture of retaliation and recrimination among the agency’s highest ranks;

-the agency failed to identify 73 aviation workers with potential links to terrorism;

-87 percent of Americans were unhappy with the TSA, and barely 10 percent had confidence it was effective at its job.

The free market has virtually eliminated poverty in America. The only poverty exists according to a shifting contemporary definition of poverty that to a previous generation would look an awful lot like tremendous wealth and ease. These vast improvements in quality of life for all segments of the American public was accomplished by government simply letting commerce take place.

Meanwhile, the government war on poverty, now in its 5th decade has done little, if anything, other than to reduce poverty, with economists like Thomas Sowell indicating that quite the opposite has been achieved – government has had the effect of creating more poverty , making it harder for the marketplace to enrich even the poorest people.

The free market has put super computers into the pocket of every American able to save a few hundred dollars. Government wouldn’t be able to do such a thing. In fact when Congress granted itself the authority to grant a telephone service monopoly, we had the opposite of technological progress, American telephone technology stagnated during an age of technological innovation following World War II.

Why should we pretend that the free market can’t produce a solution for safer travel? Merely by the existence of competition, the free market always provides improved solutions. Why should we think for a moment that government functionaries are good at doing much of anything? Merely by the removal of competition and the related incentives, government always provides inferior solutions. I challenge anyone to find an example to the contrary.

The government shutdown gives us a great opportunity to shutter the TSA, and for the federal government to butt out, leaving air travel security, like all of the other most important functions, in the hands of the marketplace where it belongs.