I have been a professor of economics at Loyola since 2001. During that time, I have had numerous excellent students, who were interested in my research projects: Austrian economics and libertarian theory. I have been lucky that many of these students, while still in high school, read my publications and listened to my speeches, some in person for example at the Mises University, and others on the web. As a result, they enrolled at Loyola in order to study with me, and my half dozen fellow free enterprise professors. This might not sound like all that much, given that we have some 200 professors, but, believe me, Loyola New Orleans is a beacon of light as far as Rothbardianism and Misesianism are concerned. At next door Tulane University, with a faculty at least triple our size, there are only two professors who fit this bill. And at LSU in Baton Rouge, quadruple our size, there is not a single solitary professor who espouses such a political economic philosophy. Yes, we have numerous social justice warriors, Marxists, feminists, professors, as do virtually all universities. But, at least at Loyola, a student will be introduced to both sides of debatable issues, unlike at most universities. As well, with so many professors who appreciate economic freedom, there are many students who also do. According to research I have seen, one of the best predictors of student satisfaction is finding friends among the student body.  You will, here at Loyola. 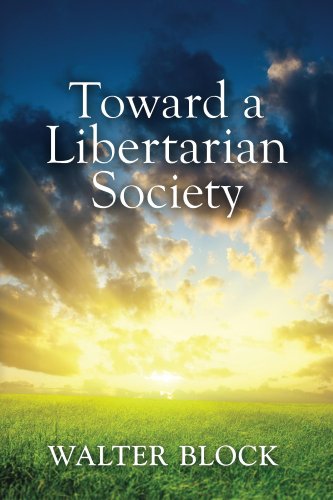 So, if you are a student at a junior or two year university, which has no libertarian professors, and no students of this persuasion either, think of transferring to Loyola. If you are a high school student, getting ready to apply to university, consider us. If you are a parent or grandparent of a college age person, do consider suggesting that they apply for admission to Loyola, in order to study with me and my free enterprise fellow colleagues.

Just recently, a former student of mine has set up a Walter E. Block scholarship. It is worth $25,000, for the next four years, for a total of $100,000. I am now able to disburse these funds to Loyola students who demonstrate an interest in private property, free markets and limited government. Make no mistake about this, Loyola’s tuition is very high. However, my school does give generous scholarships, based on financial need, and also for other reasons. My scholarship money will be in addition to those funds, not a replacement for them. So, apply to Loyola, even if you thought our price tag was too high. With this scholarship money at my disposal, we can be financially competitive even with public universities.

My name is Walter E. Block, Ph.D., and I am the Chair of the Economics department here in the College of Business at Loyola University New Orleans. I’m eager to share some exciting news with you.

A former student of mine has made a generous donation to fund the Walter E. Block Scholarship at the level of $25,000, annually!

This is a wonderful opportunity for students who are interested in studying the economics of free enterprise here at Loyola University New Orleans. Plus, these funds would be awarded on top of any other Loyola scholarships you may have received! Maybe you could be one of our future Loyola economists?

Apply Today for this Scholarship!

The best reasons to study free enterprise economics at Loyola:

In short, Loyola provides a breadth of opportunities for students to study economics of the free market, and this is just a taste of what we are doing.

If you haven’t already applied to Loyola, you can begin your application here at any time. To apply for the Walter E. Block Scholarship, please reply to this email with a short note (less than 1000 words), explaining why you are a good candidate for this scholarship.

I’m looking forward to hearing from you!

Sleepwalkers Awoke!The Boogeyman Is Coming for You…