President Donald Trump’s recent statement on the Jamal Khashoggi killing by Saudi Arabia’s Crown Prince might well be considered a metaphor for his foreign policy. Several commentators have suggested that the text appears to be something that Trump wrote himself without any adult supervision, similar to the poorly expressed random arguments presented in his tweeting only longer. That might be the case, but it would not be wise to dismiss the document as merely frivolous or misguided as it does in reality express the kind of thinking that has produced a foreign policy that seems to drift randomly to no real end, a kind of leaderless creative destruction of the United States as a world power.

Lord Palmerston, Prime Minister of Britain in the mid nineteenth century, famously said that “Nations have no permanent friends or allies, they only have permanent interests.”The United States currently has neither real friends nor any clearly defined interests. It is, however, infested with parasites that have convinced an at-drift America that their causes are identical to the interests of the United States. Leading the charge to reduce the U.S. to “bitch” status, as Congresswoman Tulsi Gabbard has artfully put it, are Israel and Saudi Arabia, but there are many other countries, alliances and advocacy groups that have learned how to subvert and direct the “leader of the free world.” 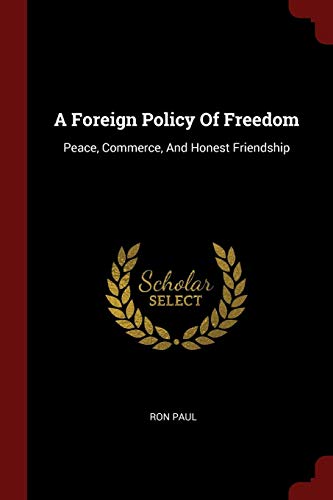 Trump’s memo on the Saudis begins with the headline “The world is a very dangerous place!” Indeed, it is and behavior by the three occupants of the White House since 2000 is largely to blame. It is difficult to find a part of the world where an actual American interest is being served by Washington’s foreign and global security policies. Indeed, a national security policy that sees competitors and adversaries as enemies in a military sense has made nuclear war, unthinkable since the demise of the Soviet Union in 1991, thinkable once again. The fact that no one is the media or in political circles is even talking about that terrible danger suggests that war has again become mainstreamed, tacitly benefiting from bipartisan acceptance of it as a viable foreign policy tool by the media, in the U.S. Congress and also in the White House.

The part of the world where American meddling coupled with ignorance has produced the worst result is inevitably the Middle East. Washington has been led by the nose by Israel and Saudi Arabia, currently working in sync, to have the United States destroy Iran even though the Iranians represent no threat whatsoever to Americans or any serious U.S. interests. The wildly skewed view of what is taking place in that region is reflected in Trump’s memo in the first paragraph, which reads:

“The country of Iran, as an example, is responsible for a bloody proxy war against Saudi Arabia in Yemen, trying to destabilize Iraq’s fragile attempt at democracy, supporting the terror group Hezbollah in Lebanon, propping up dictator Bashar Assad in Syria (who has killed millions of his own citizens), and much more. Likewise, the Iranians have killed many Americans and other innocent people throughout the Middle East. Iran states openly, and with great force, ‘Death to America!’ and ‘Death to Israel!’ Iran is considered ‘the world’s leading sponsor of terror.’”

Almost all of that is either patently untrue or grossly exaggerated, meaning that Trump’s profoundly ignorant statement is remarkable for the number of lies that it incorporates into 631 words which are wrapped around a central premise that the United States will always do whatever it wants wherever it wants just because it can. The war being waged by the Saudis against Yemen, which reportedly has killed as many as 80,000 children, is not a proxy struggle against Iran as Trump prefers to think. It is naked aggression bordering on genocide that is enabled by the United States under completely false pretenses. Iran did not start the war and plays almost no role in it apart from serving as a Saudi and Emirati excuse to justify the fighting. Other lies include that Bashar al-Assad of Syria has killed millions of his own citizens and that Saudi Arabia is fighting terrorism. Quite the contrary is true as the Saudis have been a major source of Islamic terrorism. And as for Iran being the “world’s leading sponsor of terrorism,” that honor currently belongs to the U.S., Israel and the Saudis.

The core of Trump’s thinking about Khashoggi and the Saudis comes down to Riyadh’s willingness to buy weapons to benefit America’s defense contractors and this one sentence: “The United States intends to remain a steadfast partner of Saudi Arabia to ensure the interests of our country, Israel and all other partners in the region.” Yes, once again it is Israel pulling Trump’s strings, with Prime Minister Benjamin Netanyahu leading the charge to give Crown Prince Mohammad bin Salman a pass on the gruesome murder of a legal resident of the United States who, once upon a time, might have actually had the U.S. government on his side.

The reckless calibrations employed to set American policies in other parts of the world are also playing out badly. Russia has been hounded relentlessly since the 2016 election, wasting the opportunity to establish a modus vivendi that Trump appeared to be offering in his campaign. Russian and American soldiers confront each other in Syria, where the U.S. has absolutely no real interests beyond supporting feckless Israel and Saudi Arabia in an unnecessary armed conflict that has already been lost. There is now talk of war coming from both Moscow and Washington while NATO in the middle has turned aggressive in an attempt to justify its existence. The bilateral relationship between the U.S. and Russia is now worse than it was towards the end of the Cold War while the expansion of NATO up to Russia’s doorstep has threatened the Kremlin’s vital interests without advancing any interest of the United States.

Afghanistan has become the longest war in U.S. history with no end in sight and China too has seen what began as a dispute over trade turned into something more vitriolic, a military rivalry over the South China Sea that could explode. And North Korea? A love fest between two leaders that is devoid of content.

One might also add Venezuela to the list, with the U.S. initiating sanctions over the state of the country’s internal politics and even considering, according to some in the media, a military intervention.

All of the White House’s actions have one thing in common and that is that they do not benefit Americans in any way unless one works for a weapons manufacturer, and that is not even taking into consideration the dead soldiers and civilians and the massive debt that has been incurred to intervene all over the world. One might also add that most of America’s interventions are built on deliberate lies by the government and its associated media, intended to increase tension and create a casus belli where none exists.

So what is to be done as it often seems that the best thing Trump has going for him is that he is not Hillary Clinton? First of all, a comprehensive rethink of what the real interests of the United States are in the world arena is past due. America is less safe now than it was in 2001 as it continues to make enemies with its blundering everywhere it goes. There are now four times as many designated terrorists as there were in 2001, active in 70 countries. One would quite plausibly soon arrive at George Washington’s dictum in his Farewell Address, counseling his countrymen to “observe good faith and justice towards all nations; cultivate peace and harmony with all.” And Washington might have somehow foreseen the poisonous relationships with Israel and the Saudis when he warned that “…a passionate attachment of one nation for another produces a variety of evils. Sympathy for the favorite nation, facilitating the illusion of an imaginary common interest in cases where no real common interest exists, and infusing into one the enmities of the other, betrays the former into a participation in the quarrels and wars of the latter without adequate inducement or justification.”

George Washington or any of the other Founders would be appalled to see an America with 800 military bases overseas, allegedly for self-defense. The transfer of wealth from taxpayers to the military industrial complex and related entities like Wall Street has been catastrophic. The United States does not need to protect Israel and Saudi Arabia, two countries that are armed to the teeth and well able to defend themselves. Nor does it have to be in Syria and Afghanistan. And, by the way, Russia is no longer the Soviet Union and NATO should be abolished.

If the United States were to withdraw its military from the Middle East and the rest of Asia tomorrow, it would be to nearly everyone’s benefit. If the armed forces were to be subsequently reduced to a level sufficient to defend the United States it would put money back in the pockets of Americans and end the continuous fearmongering through surfacing of “threats” by career militarists justifying the bloated budgets.

Will that produce the peaceable kingdom? Probably not, but there are signs that some in powerful positions are beginning to see the light. Senator Rand Paul’s courageous decision to place a “hold” on aid to Israel is long overdue as Israel is a liability to the United States and is also legally ineligible for aid due to its undeclared nuclear arsenal and its unwillingness to sign the Nuclear Non-Proliferation Treaty (NPT). The hysterical reactions of American Jews and Israel suggest that any redirection of U.S. Middle East policy will produce a hostile reaction from the Establishment, but even small steps in the right direction could initiate a gradual process of turning the United States into a more normal country in its relationships with the rest of the world rather than a universal predator and bully.

Previous article by Philip Giraldi: The Only Regime Change That Is Needed