As it presently stands, it is not sound medical science, but primarily economic and political motivations which generate the immense pressure behind mass participation in the annual ritual of flu vaccination.

It is a heavily guarded secret within the medical establishment (especially within the corridors of the CDC) that the Cochrane Database Review (CDR), considered by many within the evidence-based medical model to be the gold standard for assessing the therapeutic value of common medical interventions, does not lend unequivocal scientific support to the belief and/or outright propaganda that flu vaccines are ‘safe and effective.’ao-opts a natural process, generating a broad range of adverse unintended consequences, many of which have been documented here. Vaccine proponents would have us believe that natural immunity is inferior to synthetic immunity, and should be replaced by the latter (see our article on the vaccine agenda: Transhumanism/Dehumanism).  In some cases they even suggest breastfeeding should be delayed during immunizations because it “interferes” with the vaccine efficacy. 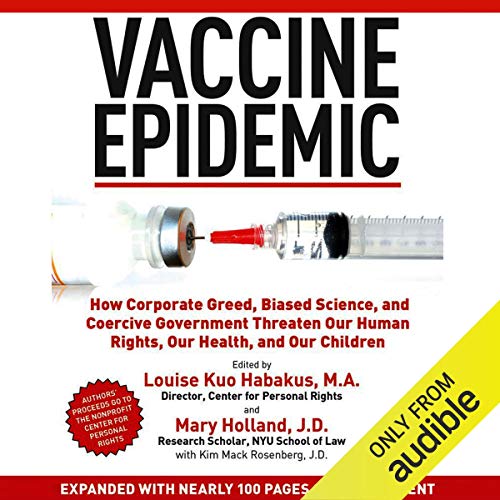 This warped perspective follows from the disingenuous standard vaccine researchers use to “prove” the “efficacy” of their vaccines. The chemical kitchen sink is thrown at the immune system in order to conserve the expensive-to-produce antigen and to generate a more intense immune response – a process, not unlike what happens when you kick a beehive. These chemicals include detergents, anti-freeze, heavy metals, xenotrophic retroviruses, DNA from aborted human fetuses (diploid cells) and other species, etc. Amazingly, vaccine researchers and manufacturers do not have to prove the antibodies actually have affinity with the antigens they are marketed to protect us against, i.e. they do not have to prove real world “effectiveness,” only a surrogate marker of “efficacy.”  Yet, recent research indicates in some cases no antibodies are required for immunity against some viruses, running diametrically opposed to the orthodox tenets of classical vaccinology.

Another point that can not be understated is that the trivalent (3-strain) influenza vaccines are incapable of protecting us against the wide range of pathogens which produce influenza-like illness:

“Over 200 viruses cause influenza and influenza-like illness which produce the same symptoms (fever, headache, aches and pains, cough and runny noses). Without laboratory tests, doctors cannot tell the two illnesses apart. Both last for days and rarely lead to death or serious illness. At best, vaccines might be effective against only Influenza A and B, which represent about 10% of all circulating viruses.” (Source: Cochrane Summaries).

It is therefore exceedingly clear that it is a mathematical impossibility for influenza vaccines to be effective at preventing wild-circulating strains of influenza. Support of the immune system, then, becomes the most logical and reasonable solution.

The fact is that our immune status determines susceptibility. If the immune system is continually challenged with environmental toxicants, nutritional deficiencies and/or incompatibilities, chronic stress, influenza is far more likely to take hold. If your immune system is strong, many infectious challenges occur, are met with an appropriate response, and often go unnoticed. In other words, it is not a lack of a vaccination that causes infection, rather, the inability of the immune system to function effectively. [Note: In some cases, we may become infected and the ultimate outcome is that we enjoy even greater immunity.]

Moreover, there is an ever-growing appreciation within the scientific community that influenza cannot be defined as a completely exterior vector of morbidity and mortality, as portrayed within the mainstream, but is actually comprised of many proteins and lipids derived from the host it occupies, and may even be more accurately described as a hijacked cellular microvesicle (exosome), i.e. it’s as much us as other.

Learn more by reading our recent articles on the topic, “Why The Only Thing Influenza May Kill Is Germ Theory,” and “Profound Implications of the Virome for Human Health and Autoimmunity,”and by watching the incredibly eye-opening NIH lecture by Dr. Herbert Virgin below on the virome and the potentially indispensable role that viruses play in establishing the baseline genotype-phenotype relationship within the human immune system:

Additionally, while there are a broad spectrum of natural substances which have been studied for their anti-influenza properties, vitamin D deserves special consideration due to the fact that it is indispensable to produce antiviral peptides (e.g. cathelicidin) within the immune system, and can be supported for pennies a day.

For instance, a study published in the American Journal of Clinical Nutrition in 2010, revealed that children receiving 1200 IUs of vitamin D a day were at 59% reduced risk for contracting seasonal Influenza A infection. Moreover as a secondary outcome, only 2 children in the treatment group versus 12 for the control group, experienced an asthma attack. For more information on Vitamin D and immunity, visit the amazing research resource on the topic: VitaminDWiki.com.

Other preventive strategies that are evidence-based, and are available without a prescription include:

This article was written by Sayer Ji, Founder of Greenmedinfo.com.

The First Culture WarThe Worst Year To Be Alive