Is there any way out of the multicultural mess that we’ve gotten ourselves into? Diversity, multiculturalism, and other Leftist euphemisms promoting the idea that different groups of people can – and must – be forced to live and work and socialize and raise families together, has proven to be a failure. The question is no longer “should it continue?” or “can it be fixed?,” but rather “how can the damage be undone?”

Let’s start off by acknowledging that actions have consequences. Decisions made in the past have lasting effects – many of which cannot be undone. We must live with those consequences, fix them where possible, and, hopefully, learn from them.

Before we tackle the question, let’s set some realistic parameters:

The damage done to us as a nation cannot be undone. What can be done, however, is restoring and reorienting our society to prevent further damage. The solution is simple. It is not easy, nor is it fast, but it is simple. What is needed is to recognize, and put into place, Freedom of Association. What this means is that every citizen has the right to associate with or not associate with; to do business with or not do business with; to hire or fire; to buy from or sell to; anyone for any reason or for no reason. This means the complete abolishment of all laws and all penalties, both civil and criminal, regarding discrimination based on race, religion, sex, age, ethnicity, “sexual orientation”, or any other criteria.

This puts honesty back into our society. No longer would every interaction between those of different groups be questioned as to authenticity and genuineness. No longer would someone’s credentials be questioned and assumed to be just another Affirmative Action case who could not compete otherwise. No longer would people be forced to do that which they know is wrong, or deal with those who they believe represent a threat to their way of life.

Let’s explore the possibility of taking this a step further. If a large enough group of people decide that they want to enforce a particular standard based on race or any other criteria, they could have the legal right to do so – including incorporating as a municipality with standards of race, ethnicity, religion, etc., in order to buy or rent property or do business within the boundaries of that municipality. If a city or county in Utah votes (with a super-majority) to become Mormon-only, they could do so. If parts of New York vote to be exclusively Jewish, or Chicago or Detroit or Atlanta vote to become Black-only, again, no problem. If a city in Minnesota votes to become a Muslim-only city (Sharia law could not, however, supersede U.S. law), they would have that right. And if some areas vote to become a White-only area, that, too, would be perfectly OK. Once such a decision to enforce exclusionary restrictions was made and put into local law, those no longer allowed would be “grandfathered” in, perhaps for a period of up to ten years.

What stands in the way of this happening? A lot – mainly the Supreme Court, and everyone on the Left. Is it possible under the framework of our current system of government? Yes. Is it a politically viable option? Not yet. As diversity and egalitarianism continue to be exposed for the corrosive effect they have on the people, attitudes will change. Those attitudes are changing, and the pace is rapidly accelerating.

Such arrangements would likely be uncommon – at least in the beginning. As the years roll by, and children leave home and relocate, the natural tendency for young singles would be to go where there are other young singles like themselves. The restricted areas would become magnets for young people, and families would soon be started.

Are there other options being discussed? Other ideas being proposed? Yes; however, they all require The Magic Wand Effect. When the details are examined and questions are asked, other proposals come with logistical, financial, social, and legal problems that have no real-world solution. They all require the magic wand of wishful thinking to make them happen.

Are there unanswered questions and unsolved problems with radical Freedom of Association? Of course. Taxation, political and judicial matters, welfare, suffrage, contract law, and the thousands of minor conflicts that are bound to arise are all part of fixing the problem. Will it be easy? No, but it is a workable long-term solution. The real question is do we want to fix the problem enough to face the issues that would come with it – or do we just continue down the same road and wonder why life isn’t what it should be. 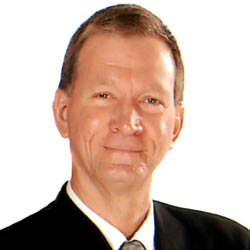 Understandably, we all want solutions that we can experience ourselves. The Freedom of Association plan is not such a solution. Most of us alive today may only see the beginnings of it. What we do is for the benefit of future generations. The problems have been decades in the making – and so will the solutions. There are no acceptable quick fixes.

The key principle of Freedom of Association is giving people a real choice – no one is forced to live with diversity, and no one is forced to live without it. As it is now, the government mandates social interaction, and it forces different groups together whether they like it or not – a recipe for resentment, strife, anger, and violence. As it is now, one can choose to live anywhere in America, but everywhere is pretty much the same by government decree. There is no real choice. It is mandated egalitarianism. If there are not enough non-Whites in an area, the government will use Section 8 Housing projects and resettlement programs to break up White areas. It is time to bring back real choice – for everyone.

Stephen Clay McGehee [send him mail] is a Christian and Southern Agrarian. He is president of a software and data services company that he founded in 1995, vice-president of Gather The Fragments Bible Mission, and publisher of SouthernAgrarian.com, and TheCivilRight.org. He has been a political candidate, campaign treasurer, convention delegate, and political speech writer. He was awarded the title of Kentucky Colonel in 2004, and is a staff officer in the Military Order of the Stars and Bars.