This interesting collage shows that not all people of European descent are intimidated by the elite’s efforts to prevent peoples’ expression of opposition to unassimilable immigrants over-running their countries either seeking economic advantage or fleeing Washington’s wars and Washington’s interference in the internal affairs of other countries.

The famous French novelist, Jean Raspail, notes that the novel he wrote in the early 1970s, The Camp of the Saints, could not be written today in France. It would be in violation of laws passed to prevent French citicizens from protesting the overrunning of their country by African and Islamic peoples who have nothing in common with the historic French people. Anyone opposed to the destruction of the French race, a destruction predicted by Raspail in his novel written almost 5 decades ago, is today regarded by law as a “white supremist” and a “nationalist” quilty of violating laws against speaking against diversity.

The crazed French “diversity enforcers” are even intent on prosecuting Marine Le Pen, the leader of the opposition party, for opposing massive immigration of unassimilable peoples into France. She has been charged for posting photos of brutal killings by US supported terrorists. News in the form of violent images is considered to be “an incitement to violence” by the “far-right.”

Throughout Europe the word “patriot” now designates a person who supports the destruction of their country’s ethnicity by non-white immigration. The meaning of patriot in the old sense, now means “nationalism,” “far-right” and “white supremacy.”

It is the same in the US. If Trump goes down, the borders will be thrown open, just as in Raspail’s novel, The Camp of the Saints.

The reigning view today is that people of European descent are so evil that they must be replaced by people of color. The traitorous leaders of Western countries are working to bring this about. It is the main goal of the EU and the US Democratic Party, which is now the political party of Identity Politics, a doctrine of hate that preaches that only people of European descent are guilty. And, except for Hungary, the haters of white people are succeeding throughout the Western world. UK Prime Minister May sold out the British people by pretending to exit the EU while in fact subjecting the British people to EU dominance.

Germany is no longer German. It is The Camp of the Saints.

The Anglo-American-Zionists have almost rid themselves of Germans. Germans barely exist. The extinction of the German race began with the mass rapes of German women by Russian and American troops as German military resistance collapsed in 1945. Watering down the DNA is one way ethnicities die.

What remains of German DNA will now be watered down by the mass invasion of Germany, with the German government’s support, by Islamic peoples from the Middle East and Northern Africa. These “refugees” are the product of Washington’s wars supported by Merkel, who obviously hates Germany.

Merkel has destroyed Europe as well. She advanced the erasure of European civilization and yet remains in power, fully supported by Washington and by Washington’s EU puppet. The remnant of the German people have been brainwashed with false guilt into irrelevance. 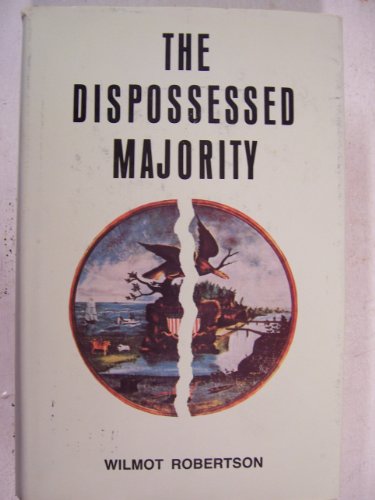 Conspiracy theory or not, the erasure of European peoples seems to be what is happening.

Clearly, there is distrust of the ruling elite. What happens to a country when the people no longer trust the leaders?

Many have expressed concerns about the cultural and racial genocide of Western civilization. Wilmot Robertson expressed them in 1972 in The Dispossessed Majority.

Evidence that these concerns are real is the vehemence with which they are shouted down with accusations of “racism,” “white supremacy.” The message white people are supposed to accept is: “Shut up white man, we have a right to take away your country.”

How long will it be before politically unacceptable white Americans—“Trump deplorables”—long to be liberated by Russian or Chinese invasion? We have reached the point at which no white person in the US, Europe, UK, or Canada can trust their government not to sell them out in the interest of “diversity.”