When I was in law practice, I represented employers in matters involving labor law. My experiences confirmed how respect for the inviolability of private property interests was the essential element not only for a peaceful and orderly society but also for a world of individual liberty free of the violence and destructiveness of political systems. One of the things I noticed with a high degree of consistency was that clients who were the owners of businesses tended to take longer-term (timewise) and more philosophically principled actions than did those who were only managers of the firms they represented. Ownership carried with it a perspective that was inseparable from the personhood of the owner. Business firms with such names as “Ford,” “Chrysler,” “Westinghouse,” “J.P. Morgan,” and “Rockefeller,” reflected the sense that the personality of the creator-owner transcended his own life and carried over into the family-name shared by his children and grandchildren. In much the same way that long-standing farms would have family cemeteries on them, “property” was looked upon as more than a temporary convenience or asset. One who was an owner cared about the long-term implications of his/her decision-making that extended beyond their death.

The mindset of the manager of an enterprise, I observed, was much different. Being an employee of a firm owned by another, his/her perspective extended, at most, to the end of the contract of employment. There is nothing dishonest or irresponsible in this arrangement; it only demonstrates some of the costs incurred when ownership is separated from control of property. The owner would not want the manager to share in his/her ultimate authority over the property; nor would the manager, as an employee, expect to.

In this sense, the employee’s motivations are comparable to those of politicians, judges, and government regulatory agencies. The outcomes of human action are a reflection of the incentives of the actors. The productive and creative regularities of the marketplace are determined not alone by the moral or visionary character of those working within it, nor by their innovative genius. It is, rather, that the incentives of those who control decision-making over what they own, will always be different from those with the power to control the property interests of others. It misses the point to blame politicians, ideologically-driven bureaucrats, or other government officials for undesired outcomes of their interventions in economic matters. Owners are motivated to maximize the long-term well-being of what they own. Non-owners are driven by other considerations. It cannot be otherwise. The naïve sentiment that bringing businessmen into government – in the expectation that their decisions will foster the general profitability of marketplace participants – continues to be voiced. That such practices enhance the allures of “crony-capitalism,” is the most that can be said for them. But when, under political systems, control is severed from ownership, bankruptcies and other dislocations are likely to occur, as is the likelihood for the collapse of civilizations, whose vibrancies depend upon what one noted historian called “creative power in the souls of creative people.” It is only when individuals are at liberty to act on their authority in the world – a condition dependent upon the private ownership of some part of that world – that such creative energies are released.

The “property” principle is at the core of the struggle between individual liberty and political systems. It is amusing to watch people’s reactions to the avowed socialist, Bernie Sanders. Most do not understand that every form of government is, to the

degree it intrudes upon people’s lives, socialistic. The state in its various forms is premised upon the broader principle of eminent domain, i.e., upon the idea that the lives and other property interests of individuals are subject to the claim of superior authority of the state. Those who like to make distinctions between the “socialism” of the Soviet Union and other Marxist-inspired regimes, and the “fascism” of Nazi Germany, forget that Hitler called his party the “National Socialist German Workers’Party” (“Nazism” being derived from “National Socialist”). That all political questions are property issues is too blunt a proposition for those who like to delude themselves with the idea that the American political system is premised on the protection of private property. For this reason, the state’s intrusions upon “property” are kept hidden behind such phrases as “environmentalism,’ “pollution,” “women’s rights,” “waste disposal,” “war on drugs,” “mandatory vaccinations,” “children’s rights,” “climate change,” and numerous other programs that transfer decision-making from owners to government officials.

The behavior of my business clients reflected this division between owners and managers. Why would so many of my owner-clients dig in their heels and refuse to give in to the demands of some government agency; and why, by contrast, would a manager be all too willing to participate in such a surrender?  The Austrian economist, Joseph Schumpeter, explored the same questions that had been troubling me in his important book, Capitalism, Socialism, and Democracy. Echoing what I was discovering experientially, Schumpeter observed that “from the logic of his position [the manager] acquires something of the psychology of the salaried employee,” a process that “socializes the bourgeois mind,” and ends up producing a more structured setting in which decision-making shifts from longer-term to shorter-term perspectives. The role that such transformations had in the eventual collapse of civilizations have been noted by such historians as Arnold Toynbee, Will and Ariel Durant, and Carroll Quigley. Renaissance historian, Jacob Burckhardt, was even more forceful in describing the transformations in consciousness that helped to produce that most creative contribution to Western Civilization as one in which there emerged the “man [who] became a spiritual individual and recognized himself as such.” 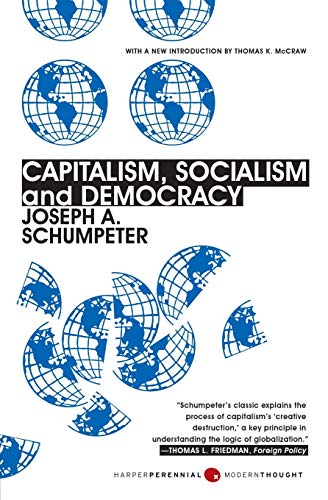 Such human action and the benefits it has bestowed upon individual actors as well as the rest of society, are possible only when decision-making is diffused by the property principle and individuals are free to pursue their self-interests over what is theirs to control.

I saw a vivid example of these dynamics in 1966, when my family and I lived in Colorado. In the summer of that year, there emerged a supposedly “spontaneous” housewives boycott of grocery stores in Denver, protesting high grocery prices. The boycott was a sufficient mixture of unfocused emotion and economic ignorance to assure daily attention from both local and national news media. Many store-managers, with the short-term perspectives that helped define their employment positions, made decisions reflecting such outlooks. One of the complaints made frequently by boycotters had to do with the supposed high price of bacon. One man, the manager of a local prominent grocery chain, apparently seeking to appease the boycotters, announced a very significant reduction in bacon prices. That his action only further inflamed the housewives should have surprised no one. One noted that, even at the lowered price, his store was making money from the sale of bacon!

By contrast, an intelligent response to the boycott was offered by one of my folk-heroes, Lloyd King, the owner of what I believe was Colorado’s most prominent grocery chain, King Soopers. Lloyd decided that, instead of just reacting to the daily outpouring of error and economic ignorance, he would undertake a campaign to educate the boycotters about the grocery business. How else could he intelligently confront the statement, made by one boycott leader, that for every dollar customers spent at a grocery store, fifty-two cents (as I recall the figure) was pure profit to the store. When asked to substantiate her claim, the woman offered a report from a Colorado state economics agency showing that, over the past ten years, grocery sales in Colorado had increased by fifty-two percent! (I do wonder if this woman is now an ardent Bernie Sanders supporter!)

One thing Lloyd did was inform the boycotters that he would open his financial books to any auditing firm of their choice to examine any aspect of his business they desired and, further, that he would pay the auditor’s fees. In exchange, he asked them to participate in a learning exercise, under the direction of a friend of mine, a retired Army colonel. Among the many things my friend did, was to have one of the boycott leaders take a course I offered at nearby Rampart College. I spent a good deal of time explaining how the pricing system was the basis for economic decision-making in a market economy; that without that system, the only way in which goods and services could otherwise be produced and distributed was through the arbitrary criteria of coercive regulators.  As always, the example I used was grocery pricing, as students were best able to relate their life experiences to this.

As we were exploring this subject, the boycott leader suddenly became very emotional, started crying and yelling. Thinking this would be a good time for a break, I went over and sat beside her and asked her what was wrong. In words forever etched in my memory, she replied: “I just realized how I have been used.”

Just how ordinary, well-intended men and women – and even children – can be exploited for concealed purposes was further brought to my attention at about this same time. My retired colonel friend was on an airline flight from Washington, D.C. to Denver, and found himself seated next to a young woman with whom he struck up a conversation. In asking her what line of work she was in, she answered that she worked for the U.S. Department of Agriculture as “public relations liaison.” When my friend inquired what this involved, she asked him if he was aware of the Denver housewives boycott. He replied that he was, and she informed him that her department was running the boycott; writing speeches and issuing press releases; and otherwise planning strategies for the campaign. My friend was curious as to why the federal government would be interested in running such a boycott, to which she answered that President Johnson was anticipating a net increase in Democrats in both the House and Senate in that fall’s election. It was his desire to then impose wage-and-price controls on the economy, and he needed a showing of public demand for something to be done about “high prices.” So much for the oft-repeated catechism that there are no “conspiracies” in our well-ordered world.

While this was transpiring, Lloyd King was at work demonstrating how government regulation increased the prices people paid for goods and services. The Colorado legislature had earlier enacted a price-fixing scheme, actively supported by members of the dairy industry, creating a governmental agency empowered to establish minimum prices that could be charged for dairy products. Lloyd decided to openly challenge this law by running grocery store ads for milk to be sold at his stores for substantially lower prices than were allowed by the state. He was immediately prosecuted, found guilty, and subjected to a large fine. As he was doubtless the largest advertiser in Colorado newspapers, I suspect he had no difficulty in getting two news stories placed side by side on the front-page, above-the-fold location. On one side was a reporting of Kings Soopers being fined for selling milk at prices below those permitted by the state; next to that was the story about how the housewives boycott against high prices was continuing! To paraphrase H.L. Mencken, even newspaper editors and clergymen might sometimes see the contradictions in all of this!

Oh, in case you were wondering, the Republicans, not the Democrats, made net gains in the 1966 November elections. As such, the housewives “spontaneous” boycott of grocery stores that began that summer just as “spontaneously” disappeared after the votes were counted!

Previous article by Butler Shaffer: On Helping Others To Learn