The Epidemic Of Peanut Allergy: Don’t Blame The Peanuts

What George Washington Carver achieved in the late 1800s and early 1900s in developing over 300 products derived from peanuts is being undone by a peanut allergy that is running rampant among school-age children.

Time Magazine reports there are accounts of school nurses confiscating school lunch boxes to search for nut products and another report of a school district that evacuated a school bus full of 10-year olds when a stray peanut was found on the floor of the vehicle.

An owner and a deliveryman of a restaurant in England were recently convicted of manslaughter for delivering take-out food to a teenage girl who experienced a reaction to peanuts that caused irreversible brain damage on Jan. 1, 2017.  The court said the restaurant had no systems or conditions in place to protect customers with allergies.

In an era of political correctness, the next thing you know kids will be banned from wearing Mr. Peanut shirts to school for fear of egging others on to bring peanuts to school.  Allergic kids may now wear a “My Nemesis” T-shirt that displays a peanut graphic.  (What a way for a kid to live.) 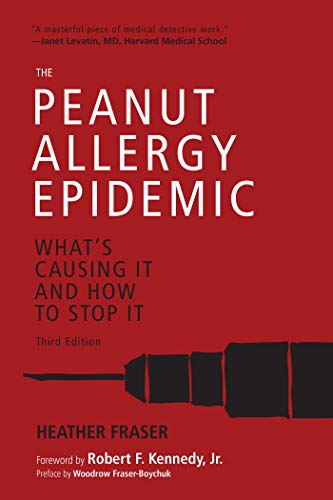 The precautionary statement that “this product may have been produced in a plant that processes nuts” is more of a way to avoid litigation than prevent the problem in the first place.  The Grocery Manufacturers Association now publishes a 154-page Industry Handbook For Safe Processing of Nuts.

There are a slew of blog sites hosted by moms whose children have experienced severe reactions to nuts, particularly peanuts.  These sites typically use scare tactics to list all of the deaths due to anaphylaxis caused by peanuts and other food allergens.  And yes, allergy-prone kids are dying as their airways swell and they can’t breathe.

Avoidance of known allergens is one strategy, but why are these kids vulnerable to allergic reactions in the first place?

The online army of nut allergy mom blogs doesn’t really want to solve the problem either as they are attempting to create an alternative income by driving traffic to their site and becoming income stream and some notoriety selling recipes and collecting click-advertising dollars, largely because the diet offered in their home unwittingly made their children prone to these nut allergies (the blind lead the blind).  Now you can join in the life-threatening drama and read the “Confessions Of A Peanut Allergy Mom” online.  You see, peanut phobia has now become a small industry.

Among all the unexplained modern medical phenomenon that adversely effect children these days (autism, attention deficit disorder, dyslexia and more) nut allergy is of concern because it can be life threatening and is widely known thanks to the many food packages that now provide a warning their products were made in a manufacturing plant that processes nuts.

The problem of nut allergy

Nut allergy has tripled in the US over the past two decades.  About 1 in 20 (5%) of school-aged children have nut allergy.  That means every school classroom has a child who is sensitive to nuts.

To date the only preventive measure for nut-sensitivity is avoidance.  Modern medicine appears to be clueless as to the cause.  Allergists are at a loss to explain why kids’ immune systems are more sensitive to nuts nowadays. 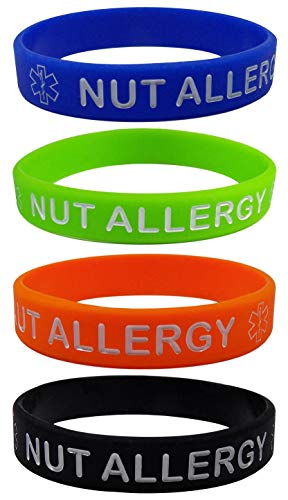 Years ago childhood nut allergy was not nearly as prevalent as it is today.  So precisely what changed to induce what can be a life threatening allergic reaction?

A review of the scientific literature points to changes in children’s diets and proclivity to spend more time indoors that results in a deficiency of sunshine vitamin D.  A shortage of vitamin A, a nutrient involved in directing tolerance to potential allergens, may also be involved.  Reduced consumption of fatty foods like butter, fortified margarine and vegetables like carrots, cantaloupe and broccoli that provide beta carotene which converts to vitamin A may contribute to nut allergy.

The lack of fiber in the American is also a factor, particularly fiber from bran, which contains an important nutrient called IP6 (inositol hexaphosphate).

Multivitamins should serve to avert nutrient deficiencies among nut-allergic children but few are adequate.  Parents may sometimes be unduly alarmed at nutrients in multivitamins that are provided in amounts that exceed the Recommended Daily Allowance or the Daily Value, which is used for dietary supplements.   These recommended nutrient intake levels are tailored down for smaller-sized children, but in fact, because children are growing so fast their nutrient needs may exceed that of adults at times.

Importance of nutrients to develop immunity 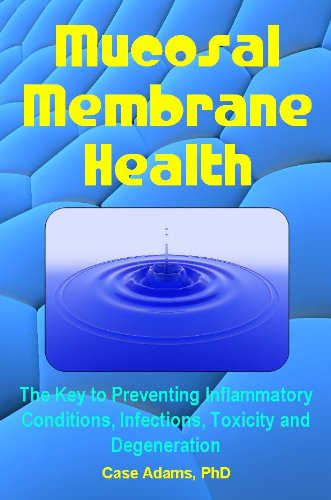 Of course, a children’s multivitamin should address the undeveloped immune system of children.  Children have not yet developed antibodies to common viruses and bacteria, making them vulnerable to infections.  An adequate amount of zinc (not poorly absorbed zinc oxide) is critical to produce white blood cells known as T-cells that have a memory and develop natural long-lasting immunity.  Zinc is also critically important in helping vaccines produce antibodies.  Most American children are zinc deficient.

Gummy vitamins that are sugarized to mask the bitter taste of vitamins simply can’t provide the amount of nutrients kids really need.  Dentists note that sugarized gummy vitamin may induce dental decay.  Sugar also paralyzes white blood cells and makes them sluggish in their germ-killing action.  Sugars in multivitamins are counterproductive as they also block the immune cell activation of vitamin C.

To properly address this growing problem this author has formulated the first economical children’s multivitamin designed to make up for common nutrient deficiencies (vitamins A & D and IP6 bran factor) found among nut-sensitive children.

Preventing food allergies with diet high in fiber and vitamin A.  NutritionReview, June 25, 2016.