What a Bunch of Idiots

Tell me this isn’t crazy–

A few days ago the creator of the most famous consumer ‘credit score’ in the United States announced a major overhaul in how it rates borrowers.

Consumers live and die by this ‘FICO score’. A high FICO score means that it’s easy to obtain loans at lower interest rates.

And a bad FICO score (in theory) means that you have a history of not paying your debts… hence making it difficult to obtain loans.

Did you know? You can receive all our actionable articles straight to your email inbox… Click here to signup for our Notes from the Field newsletter.

Well it turns out there are tens of millions of people in the US who either don’t have FICO scores at all (i.e. NO credit history), or they have BAD credit.

So FICO decided that they would reinvent the way they calculate the scores– giving a big boost to people with bad credit.

Virtually overnight, people who have a history of not paying their bills will immediately be deemed creditworthy.

And poof… they’ll have access to more debt than ever before.

No offense, but what a bunch of idiots.

This company is deliberately lowering its standards and pretending that people with a terrible credit history are actually top quality borrowers.

Gee where have we seen this before?

It wasn’t even that long ago during the housing boom in the early 2000s that banks were doing EXACTLY the same thing– deliberately lowering their lending standards and providing loans (WITH NO MONEY DOWN) to borrowers with bad credit.

Everyone was in on it. The big ratings agencies like S&P and Moody’s all played along.

Even the federal government gave its seal of approval to this ridiculous charade.

But eventually the bubble burst. Interest rates started rising and the borrowers could no longer pay. 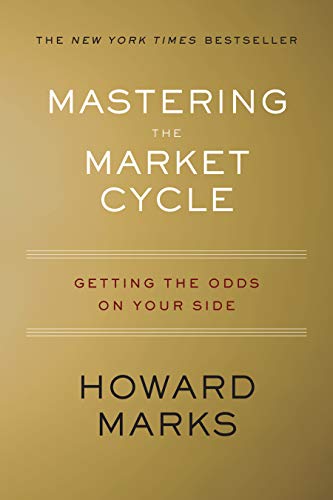 It unraveled so quickly… and it all started with a system that churned out far too much debt, far too easily, to borrowers who had no hope of paying it back.

It starts at the top: the US government is sitting on a record $21.7 trillion in debt.

That’s several trillion dollars more than the size of the entire US economy.

Each year the government burns around a trillion dollars, and the Treasury Department expects to sustain those grim deficits for the foreseeable future.

State and local governments are in a similar position– in debt up to their eyeballs and drowning in unfunded pension obligations.

And each year it gets worse. The government’s own projections show the debt only increasing– they have no chance of paying it off.

Even in the private sector, most corporations aren’t much better off.

Not including banks, companies in the US have around $7 trillion in total debt.

Go figure, that’s the highest amount on record. Ever.

More than 40% of all corporate debt is rated just one notch above ‘junk’ status.

And a full 14% of companies in the S&P 500 don’t even generate enough revenue to make interest payments.

Then there’s the consumer– supposedly the rock solid pillar that drives the US economy.

Consumer debt is on pace to reach a record $4 trillion this year.

And the average American has little chance of repaying that debt.

According to a recent study published by the Federal Reserve, 40% of adults don’t have enough money to cover a $400 emergency expense like a medical bill or flat tire.

And 21% of Americans have ZERO savings.

Neither governments, nor most businesses, nor the consumer, has any chance of paying down these debts.

And yet the money keeps flowing.

Companies like FICO are even lowering their standards to give even MORE debt to consumers who are already too heavily indebted.

And investors across global financial markets clamor to buy bonds of companies and governments that routinely burn through billions of dollars in cash.

The financial system creates gigantic problems caused by too much debt… then tries to solve that problem with more debt.

The house of cards eventually collapses… people lick their wounds for a few years… and the whole cycle begins anew.

If you’re looking for a great book on the topic, check out Howard Marks’ Mastering the Market Cycle: Getting the Odds on Your Side.

Marks is the billionaire founder of Oaktree Capital and one of the most successful investors in history.

In short, his book describes what we have been discussing for months–  There are always ups and downs, booms and busts. NOTHING moves in a straight line forever.

The economy (and financial markets) have been moving UP in a straight line for most of the last ten years.

And by any historical perspective, this is one of the LONGEST up cycles on record.

We’re seeing the same foolish shenanigans that we almost always see– too much money, too much debt, too much stupidity.

Could it last for several more months, or even years? Absolutely.

Or perhaps it’s possible that the tide has already started to turn.

We won’t know until some point in the future when we look back and say, ‘Oh yeah, that was the top. Duh. Shoulda seen that coming… All the signs were there.’

And all along the way– the pundits, the government, the Federal Reserve– everyone kept saying that the economy was strong and healthy… right up until the worst financial crisis since the Great Depression hit.

We’re seeing so many of the same signs that we saw ten years ago.

It would be foolish to think that it will be rainbows and buttercups forever… that this time will be any different.

And to continue learning how to ensure you thrive no matter what happens next in the world, I encourage you to download our free Perfect Plan B Guide.

Because… If you live, work, bank, invest, own a business, and hold your assets all in just one country, you are putting all of your eggs in one basket.

You’re making a high-stakes bet that everything is going to be ok in that one country — forever.

All it would take is for the economy to tank, a natural disaster to hit, or the political system to go into turmoil and you could lose everything—your money, your assets, and possibly even your freedom.

Previous article by Simon Black: With Corruption Like This

The Khashoggi DramaForced Sterilizations in Peru