Pensions Now Depend on Bubbles Never Popping (But All Bubbles Pop)

The nice thing about the “wealth” generated by bubbles is it’s so easy: no need to earn wealth the hard way, by scrimping and saving capital and investing it wisely. Just sit back and let central bank stimulus push assets higher.

The problem with bubble “wealth” is it’s like an addictive narcotic: now our entire pension system, public and private, is dependent on the current bubbles in stocks, real estate, junk bonds and other risk assets never popping.

But a funny thing eventually happens to financial bubbles: they all pop. And when the current bubbles pop, they will gut pension reserves, projections and promises.

Take a look at the chart below of taxpayer contributions to Calpers, the California public pension fund. Note that in the heady days of Bubble #1, the dot-com era, enormous gains in Calpers’ stock holdings meant taxpayers’ contributions were a modest $159 million annually.

Based on bubbles never popping and monumental annual gains continuing forever, Calpers projected taxpayer contributions in 2010 of $6.6 billion. But since Bubble #2 had popped in 2008-09, stock market gains had cratered and as a consequence taxpayers had to pay almost four times the Calpers projection: $24.6 billion.

So what happens to taxpayer contributions when all the asset bubbles pop?They go through the roof right when taxpayers are themselves facing staggering declines in their own personal wealth and the inevitable declines in income that accompany recessions. (What’s a recession? I thought the Fed banned those.) 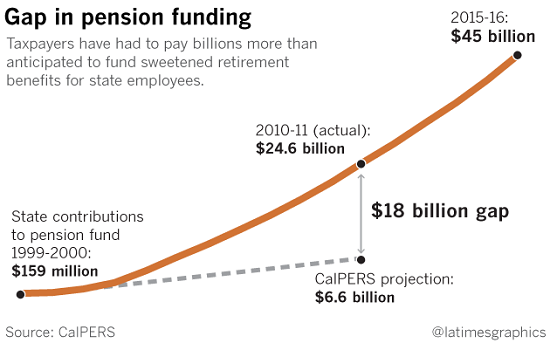 Here’s a chart of the three stock market bubbles. Note the current bubble is the most extreme bubble. 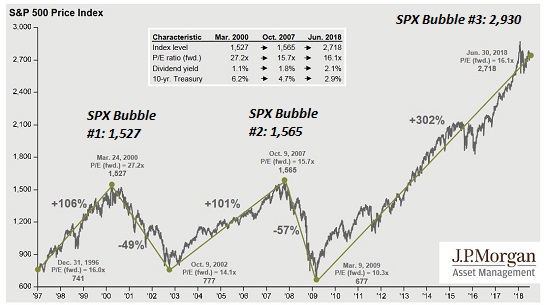 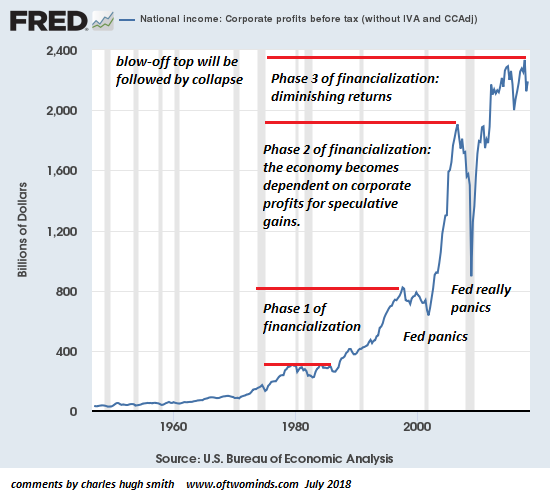 How Do We PracticeKavanaugh Gang-Rapes Collie