‘Lock Them in and Burn it Down!’ Shouts Savage at Jordan Peterson Event

The Jordan Peterson phenomenon continues — and everywhere he goes, he makes complete fools of the little savages who try to disrupt his presentation.

I just saw footage from a Peterson event at Queen’s University in Ontario, Canada, earlier this year, where the usual antics went on (students yelling, students holding a sign on stage opposing “bigotry,” etc.) before the protesters finally had to leave.

I must say, it amazes me that Peterson should be controversial at all, since up until quite recently what he’s saying would have been considered simple common sense by pretty much everyone.

As one shouting protester was escorted out, Peterson told the audience matter-of-factly: “That’s pure narcissism at work, by the way.”

The crowd roared. No one could distinctly hear what any of the protesters were saying. All they could hear clearly was, “That’s pure narcissism at work, by the way.”

The protesters were helpless. They were being mocked, and there was nothing they could do.

“To hijack an event like this,” Peterson continued, “that other people put time and effort into and to use the civility of the crowd and the civility of the organizers as an excuse to blatantly yell out your ill-informed opinions is no way to conduct a civil dialogue. It’s absolutely appalling. The people who do that should be embarrassed.”

“I guess I would also say: as students and as faculty members, you shouldn’t put up with it. There’s no way that you should allow people who are doing this to hijack your educational opportunities…. I would say that was a very disgraceful display.”

A little later, the savages outside started pounding on the doors and windows. One shouted, “Lock them in and burn it down!”

Another woman, who broke a stained-glass window, was found to be carrying a garrotte.

“These people are not your friends,” says Peterson to the crowd, calmly.

Referring to the pounding, he said: “That — and mark my words — that’s the sound of the barbarians pounding at the gates.”

“That use of inchoate sensation is the best formulation of their argument. And there’s not much difference between knocking on the doors and knocking on you.” 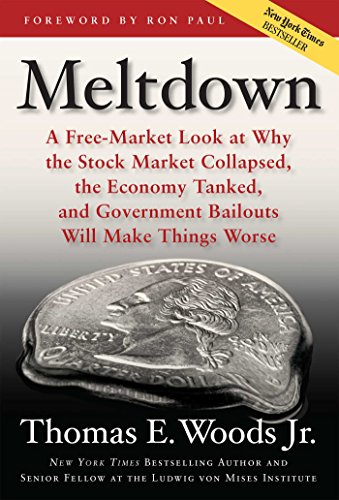 During the entire episode Peterson remained cool and collected, speaking in an even tone and defying the caricature the protesters were trying to paint of him.

He was the winner of that exchange, in every way. Every person who came to see him is now twice as strong a supporter. And he provoked the SJW crowd into revealing its hand — even a mild-mannered professor can’t be allowed to speak without incident, and without intimidation?

What normal person is going to side with an angry mob pounding on the building from outside?

Peterson is certainly right that people like this are — at the very least! — trying to make normal university life difficult if not impossible for people who genuinely want to learn and to exchange ideas.

And as it happens:

I have a way you can learn history, economics, and other subjects most professors screw up, without having to deal with people who want to burn down the building you’re sitting in.