The Castles in the Distance

“The castle, and all it represents, will always be with us. Once it was born, once the stone was made living, the repository of power made real, the idea could never be unmade.”

I was made aware of this book via an email from Paul Rosenberg at Freeman’s Perspective.  What piqued my interest was a map (sourced from the book), depicting the castles of various kings, lords, and nobles in Catalonia.  If I said that there were 200 such structures in this one province, I would probably be understating the number. 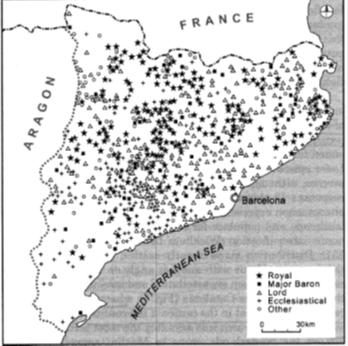 Why do I find this interesting?  Simply because it paints a picture of the decentralized governance of Europe.  I have written of the law, the relationship of the kings and the Church, the competing authorities, etc. – all evidence of this decentralization.  But for many people, I suspect, a picture paints a thousand words.

First, a bit of housekeeping: the term “castle” does not come with a fixed definition, one equally applicable in all reaches of Europe throughout all of the Middle Ages.  Such structures were not always military, were not always made from stone, did not spread from some center in France to the outer regions, and did not always signify the center of a feudal manor. 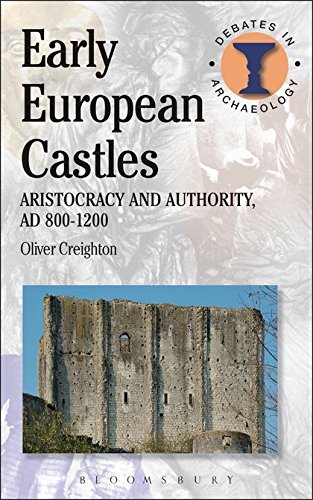 Second, castles represented a fundamental transformation in the lives of the Germanic tribes who built them: they were no longer wandering; they now put stakes in the ground, so to speak.  Status was marked by the structure, no longer by portable, personal effects.

Finally, castle building was at its peak in the most peaceful years of the period – once the threats and attacks from the Saracens, Vikings, and Magyars were dealt with, castle-building thrived.  If one looks only through a military lens, this does not see reasonable.  But if one considers the required investment of time and resources, it seems wholly sound – how, and why, would one invest such time and energy when the land under his feet was not even secure?

Castles did represent the new aristocracy, signifying power and authority.  With the splintering of the Carolingian Empire, authority inherently was decentralized – to counts and viscounts, even further to lower lords.

While defense was one reason for the castle, social competition was another.  Another aspect could be found in the tower: 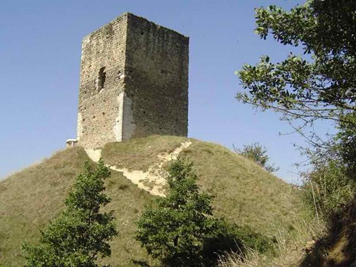 The notion of the tower “nailing the valley” (Thompson 1991:23) encapsulates the important figurative roles of these structures.  A tower was an unmistakable presence – an elevated and iconic architectural feature that forcefully stamped the seigneurial mark on the locality.

The tower said “I am in charge around here.”  The tower was expensive and omnipresent, yet inaccessible – permanent visual reminders of status and lordship.

Consistently found were agricultural instruments – a testimony to the humdrum of life.  The bones of a pig signified wealth, yet venison was considered and even higher form.  Weaponry was found, the use being both for hunting but also defense; yet the presence of specifically military artifacts – armour, for example – was limited.

I guess I would put the map of Catalonia here again.  When combined with an understanding of the law, the role of the Church, and generally accepted traditions, clearly nothing that can be called a “state” can be derived from this picture.

Completely unrelated to the main purpose of this piece, but I found the following from the author quite interesting (emphasis added):

This book has stressed from the beginning that international research agendas are essential for the long-term health of the subject – this is the most appropriate scale of enquiry for understanding a Europeanised aristocratic culture, while it is only thought trans-national research that the distinctiveness of individual regions comes into focus.  We must make sure that post-modernism does not dissolve away entirely the grand narrative tradition in archeology.

Once the Bubbles PopCentral Banks Enrich a Select Few