Although it is sometimes imagined that a world based on gift-giving rather than market exchange would be a world without scarcity or want, we are still left with the problem of manufacturing and producing complex goods that require markets to allocate resources.

Moreover, if we remember that the act of gift-giving requires both the giver and the recipient to agree to the exchange, we quickly find that the situation is more complex than we initially thought.

Both Donor and Receiver Must Agree

A gift is an unconditional transfer of an economic good from one person (the donor) to another person (the beneficiary). In the case of a service, the donor agrees to provide the service to the beneficiary, and the latter accepts to receive it as a gift.

If it is truly a gift in the real sense, the good is freely given and the decision to abandon the good comes with no strings attached. For the donor, it is not the fulfillment of an obligation, and it cannot be claimed as a right by the beneficiary. In particular, it is not a remuneration for some economic good provided by the beneficiary to the donor. To be sure, in practice, there are lots of cases of “false gifts” in which a transfer of property rights has some of the characteristics of a true gift, but not all of them.

This seems to be a matter of course as far as the beneficiary is concerned. After all, he receives an economic good without any payment, which is why he is called the beneficiary. However, it is important not to fall into what we might call the materialistic trap in interpreting the gift. The beneficiary benefits, not because someone else is willing to gratuitously provide an economic good to him. He benefits because he prefers to receive this good rather than to forego it. It is well known that gifts can be rejected, and that some gifts should be rejected. It is not because the Greeks offered their wooden horse on the beach to the Trojans that the latter were someone impelled or obliged to accept it. The Trojans took it because they believed to be better off owning the horse, erroneously as it turned out.

In other words, what makes a gift a gift is not its suitability for that and that use or enjoyment (its “use value”), not the fact that other people find it desirable (its “exchange value” or market price), but the fact that the prospective beneficiary finds it desirable and therefore agrees to receive it. He gratuitously receives the object proposed to be given to him, be it a service, or be it the property rights to a commodity. But what makes him truly a beneficiary, and what makes the object a gift, is the personal value of the gift. By agreeing to accept it, he demonstrates his preference to be provided with the gift, rather than to forgo it. He demonstrates that he thinks himself to be better off, thanks to the gift, than he would otherwise have been.

The donor benefits, too. If Smith gives a five-dollar bill to a beggar, then he thereby demonstrates that he, Smith, prefers that the beggar, rather than Smith himself, own the banknote. Now, this sounds as though Smith were somehow “interested” in making this gift, which in turn would insinuate that the gift is not really gratuitous because Smith himself stands to benefit from it. Well, in a wider sense Smith is interested, but that does not per se make his gift any less gratuitous.

Smith does benefit from the gift-making. This is why he agrees to make the gift. To non-economists this assertion might sound shocking, but it should not. There is no human action that does not employ some means to attain some higher-valued end. The reason why man acts is always the desire to improve the state of affairs, that is, to bring about a state of affairs that he prefers to the state of affairs that would have existed without his action. There is no exception. But this does not imply a contradiction with the gratuitous nature of Smith’s act. He was not obliged to give the bill, and the beggar was not entitled. Therefore his act was gratuitous in the full sense of the word.

The Role of Market Prices in Gift-Giving

Let us move on to a final observation on the economics of gifts. Gifts can be produced through more or less lengthy processes and involving the cooperation of many people. In other words, the decision to make a gift is not necessarily made at a moment’s notice, as when we encounter a beggar at a street corner. Gifts can also be planned in advance. They can be prepared, not only in the sense that the gift-making decision be planned, but also in the sense that the economic good that is to be donated, is especially produced to be donated.

Is it imaginable that all production processes be geared toward gift-making? Each person would no longer sell his products, but give them away; and he would in turn benefit from the gifts made by other people. Could the entire economy be a pure gift economy of this sort? As we know from the analysis of communism, this could be attempted, but it would come at a heavy price. A pure gift economy would by definition be an economy without exchange, and thus without market prices. Yet market prices provide guidance to produce one type of good (yielding higher revenue) rather than another (yielding lower revenue); and they provide guidance not to use certain goods because they cost too much to buy. 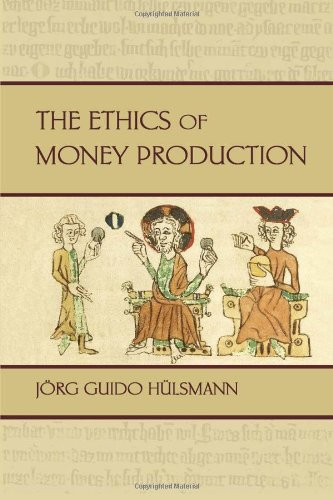 In a pure gift economy, this guidance would no longer exist. It would have to be replaced by a great sense of judgment and great discipline on the part of all members of society. Clearly, such qualities are exceedingly rare and, what is more, they would not be rewarded in a pure gift economy and would therefore not be cultivated in such a setting. It is out of the question to organize a comprehensive division of labor on the little judgment and on the little discipline that could be mounted by just a few virtuous people.

Moreover, even if these people were not few but many, a pure gift economy would still suffer from a formidable impediment. As Ludwig von Mises taught us, without exchange and market prices it would be impossible to organize the division of labor within lengthy and complex roundabout-production processes. Good judgment might be sufficient to devise an overall plan for the satisfactory cooperation between a few shoe-makers and butchers without the interposition of prices and exchange. But good judgment is at a complete loss to evaluate the relative (and often changing) importance of computer programs, drilling equipment, operations research, and other goods that are removed from our immediate experience.

A static economy serving few people with very short supply chains might be organized as a gift economy, if the producers are inspired by brotherly love and mutual trust. As soon as any one of these conditions is absent, as soon as love and trust are lacking; as soon the economy involves thousands, millions, and billions of people; as soon as supply chains grow long and complex; as soon as technological and other conditions change fast and frequently, a pure gift economy is out of the question. The productivity of labor in such an economy would be exceedingly small as compared to what we know it to be in a developed market economy.

The Best of Jörg Guido Hülsmann

Jörg Guido Hülsmann is senior fellow of the Mises Institute and author of Mises: The Last Knight of Liberalism and The Ethics of Money Production. He teaches in France, at Université d'Angers.