The Telltale Signs of Imperial Decline

Check which signs of Imperial decline you see around you: The hubris of an increasingly incestuous and out-of-touch leadership; dismaying extremes of wealth inequality; self-serving, avaricious Elites; rising dependency of the lower classes on free Bread and Circuses provided by a government careening toward insolvency due to stagnating tax revenues and vast over-reach–let’s stop there to catch our breath. Check, check, check and check.

Sir John Glubb listed a few others in his seminal essay on the end of empires The Fate of Empires, what might be called the dynamics of decadence:

(a) A growing love of money as an end in itself: Check. 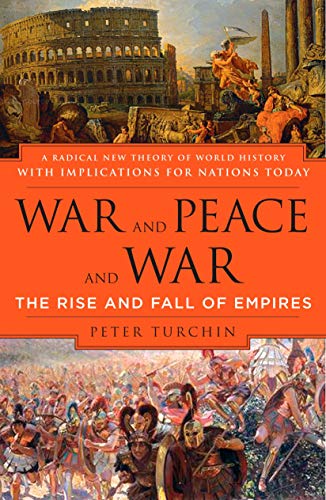 (b) A lengthy period of wealth and ease, which makes people complacent. They lose their edge; they forget the traits (confidence, energy, hard work) that built their civilization: Check.

(d) Loss of any sense of duty to the common good: Check.

Glubb included the following in his list of the characteristics of decadence:

— an increase in frivolity, hedonism, materialism and the worship of unproductive celebrity (paging any Kardashians in the venue…)

— a loss of social cohesion

Historian Peter Turchin, whom I have often excerpted here, listed three disintegrative forces that gnaw away the fibers of an Imperial economy and social order:

1. Stagnating real wages due to oversupply of labor

War and Peace and War: The Rise and Fall of Empires

To these lists I would add a few more that are especially visible in the current Global Empire of Debt that encircles the globe and encompasses nations of all sizes and political/cultural persuasions:

1. An absurdly heightened sense of refinement as the wealth of the top 5% has risen so mightily as a direct result of financialization and globalization that the top .1% has been forced to seek ever more extreme refinements to differentiate the Elite class (financial-political royalty) from financial nobility (top .5% or so), the technocrat class (top 5%), the aspirant class (next 15%) and everyone below (the bottom 80%).

Now that just about any technocrat/ member of the lower reaches of the financial nobility can afford a low-interest loan on a luxury auto, wealthy aspirants must own super-cars costing $250,000 and up.

A mere yacht no longer differentiates financial royalty from lower-caste financial Nobles, so super-yachts are de riguer, along with extremes such as private islands, private jets in the $80 million-each range, and so on.

Even mere technocrat aspirants routinely spend $150 per plate for refined dining out and take extreme vacations to ever more remote locales to advance their social status.

Examples abound of this hyper-inflation of refinement as the wealth of the top 5% has skyrocketed.

2. The belief in the permanence of the status quo has reached quasi-religious levels of faith. The possibility that the entire financialized, politicized circus of extremes might actually be nothing more than a sand castle that’s dissolving in the rising tides of history is not just heresy–it doesn’t enter the minds of those reveling in refinement or those demanding more Bread and Circuses (Universal Basic Income, etc.)

3. Luxury, not service, defines the financial-political Elites. As Turchin pointed out in his book on the decline of empires, in the expansionist, integrative eras of empires, Elites based their status on service to the Common Good and the defense (or expansion) of the Empire.

While there are still a few shreds of noblesse oblige in the tattered banners of the financial elites, the vast majority of the Elites classes are focused on scooping up as much wealth and power as they can in the shortest possible time, with the goal being not to serve society or the Common Good but to enter the status competition game with enough wealth to afford the refined dining, luxury travel to remote locales, second and third homes in exotic but safe hideaways, and so on.

Previous article by Charles Hugh Smith: If You Want To Survive This Election