Conflation of Bitcoin and Blockchain

There it is again! That smooth, subtle and seamless transition conflating cryptocurrencies, like bitcoin, with the blockchain technology. There are thousands of blog posts and news articles about bitcoin and cryptocurrencies, but the great majority fail to clearly distinguish between the technology and the digital currency that is created and transmitted by it.  In a “Bitcoin Primer” published by Coinlab, “The term Bitcoin refers to both the digital unit of stored value and the peer-to-peer network of computers transmitting and validating transactions of these units.”

In another bitcoin primer, we read “Bitcoin is a decentralized peer-to-peer payments network and a virtual currency that essentially operates as online cash.”

To some degree, it is understandable.  The original bitcoin white paper by Satoshi Nakamoto described a digital currency produced on a unique-to-bitcoin blockchain platform.  They were as inseparable as Siamese twins and many bitcoin enthusiasts share exactly that view of the world.

Conflation creates confusion, however, particularly when discussing valuation.  Allowing bitcoin to ride the coattails of the blockchain technology is misleading at best. A typical example of conflation comes from trying to compare the valuation of bitcoin to the franchise value of Mastercard and VISA.  “Quite simply, Bitcoins have value because a growing group of people believe that the underlying Bitcoin technology has value.”

Bitcoin as “coin” does not equate to VISA as transmittal medium.  Blockchain is the proper comparison.  I think that might be what Warren Buffet and Jamie Dimon are getting at when they call bitcoin a fraud.  They certainly are not referring to blockchain technology, which they know has potential to improve their businesses in many ways.  They just aren’t falling for the conflation.  In fairness, some people do try to clearly distinguish between cryptocurrency and blockchain. My point is that in most cases we should strictly confine the discussion to one or the other or at least clearly try to avoid the conflation. 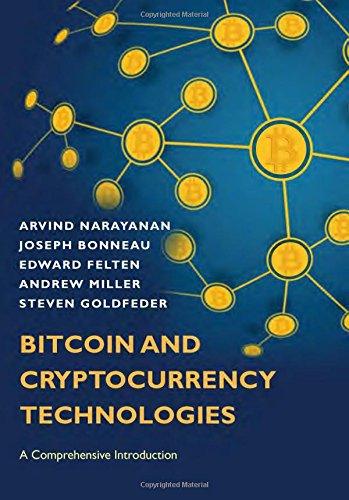 Now, if we’re discussing how bitcoin has the potential to replace the USD as a medium of exchange, we should focus on bitcoin “the thing”, not the blockchain technology as the means to transmit and certify ownership of “the thing”.  Does bitcoin “the thing” possess qualities like “stable standard of value” that make it eligible to be called money?   After all, that same blockchain technology can be used to document and transfer ownership rights to any potential money, including gold and silver, which are other types of “things”.  I have not heard any convincing arguments as to why these digital tokens can compete with physical gold and silver as a stable standard of economic value.

I am as enthusiastic as anyone about the promise of the blockchain technologies. They may securely document and transfer ownership rights to anything, such as homes, boats, stocks, bonds, artwork or gold and silver.  Blockchain technology may well be transformative and we are only in the early days.  Then the cryptocurrency (bitcoin) comes along and says, “No, wait, transfer me on the blockchain! I’m worth something because someone used scarce computing power and energy to solve a math problem and there’s a limited number of these solutions, so scarcity = value, right?”

The distributed ledger does not have an individual owner, but there certainly are owners of bitcoin.  What I am trying to highlight is how the conflation is so embedded that it is like water to a fish—we don’t even notice it.  Bitcoin is not like computing or running water.  It is a series of unique digital signatures that use blockchain computing to transfer ownership of these unique digital signatures from one owner to another.  Each unique bitcoin is very much a product, with a price that is highly volatile in US$ terms.  (The primary marketing image associated with bitcoin is a gold coin with a large “B” stamped on it.)  Come to think of it, you don’t actually need the blockchain to transfer ownership of your bitcoins.  You can physically hand over a data stick with the unique codes that are stored on it.  This is the first rule of bitcoin ownership: “don’t let anyone else steal your data stick, because it is your physical ownership of bitcoin, the thing.”  Does anyone remember Mt. Gox?  It was only the first of many physical storage problems which continue unabated.

Storage and safekeeping of physical or digital “things” will always be an issue, whether it is gold or bitcoin.

Entrepreneurs are working hard to use blockchain technology to safely and efficiently transfer ownership of silver and gold. See for example www.quintric.com (disclosure: I have no current or intended ownership interest in Quintric). Whether bitcoin or other cryptocurrencies are better suited than gold as the ultimate store of value, i.e., as sound money, has nothing to do with the technological platform they reside on or are transferred on. The sooner we stop conflating “technology” with “coin”, the sooner we will have a better understanding of what is and is not sound money.

Filling the SwampHillary Plots Her 2020 Comeback