What is commonly referred to as “the conservative movement”—an alliance between Republican politicians and media polemicists—is what I call Big Conservatism, or the Big Con.

The movers and shakers of the Big Con, though styling themselves as an alternative to the left are, in actuality, an alternative-left, the alt-left.

That Big Conservatism is an alternative-left is gotten readily enough by their respective stances on a range of issues.

Ben Shapiro, widely hailed as a rock star of the Big Con, is a classic case in point.

Shapiro is talented. There can be no question about this. After all, it’s quite the feat for one so young to have mastered the talent that many in the Big Con have labored decades to nail down: Shapiro, despite the fact that he is a left-leaning neoconservative, has convinced legions of Americans, particularly younger, college-aged Americans, that he is not only a conservative, a man of the right, but a cutting-edge, risqué conservative.

Inasmuch as the men and women of the Big Con are distinguished on account of their ability to excite their base—voters, readers, listeners, and viewers—while simultaneously currying favor with the official left, Shapiro is its posterchild.

A Slate cover story from earlier this year is revealing.  Slate, mind you, is a well-known left-wing publication. Yet the “progressives” who run it see in Ben Shapiro a potential ally in their “resistance” to Donald Trump and his army of Deplorables.

Seth Stevenson, the author of “The Many Faces of Ben Shapiro” (anything but an inapt description of the piece’s namesake), interprets his subject through what he himself characterizes as a “psychoanalytic narrative.”  Shapiro, Stevenson explains, was bullied terribly as a child.  This experience, he suggests, could account for why Shapiro despises Trump.  “In my opinion,” Shapiro remarks, Steve Bannon, the former editor of Breitbart, for which Shapiro once wrote, “is a bully” who “sold out” the “mission” of the outlet’s founder, Andrew Breitbart, “in order to back another bully, Donald Trump.”

Stevenson writes that because Shapiro defended Kim Fields, a reporter who claims to have been assaulted by a member of Trump’s entourage during the campaign—a claim for which Florida prosecutors concluded they had no grounds for prosecution—he was then besieged with “anti-Semitic” tweets by “alt-right bullies” who, according to the Anti-Defamation League, made him the most attacked “journalist” that year.

Because Shapiro is “among a dwindling cadre of Trump-averse conservatives at a time when the mainstream GOP and its media apparatus are following (and sometimes leading) our cretinous president straight into the muck,” Shapiro, Stephenson writes, is among those “influential right-wing figures” upon whom he can see himself “relying” to help the country “hold the line” should Trump choose to “roll his tanks (metaphorical or otherwise) over the ramparts of American democracy [.]”

Shapiro was all too happy to grant Slate the opportunity to use him so as to contrast his reasonable, principled conservatism with the vulgar, unprincipled, “racist” and unthinking pseudo-conservatism shared by Trump, many of Shapiro’s media colleagues who support President Trump, and, of course, the tens of millions of Americans, mostly traditional Republican voters, who constitute Shapiro’s audience and who came out in droves to vote for the President.

Shapiro was all too happy, in fact, to highlight the chasm separating the two.

Ben Shapiro is among those “conservatives” who has earned the approval of the left.  He is part of the controlled-opposition, a “rightist” who has been deputized by the left.

Let’s review some of Shapiro’s record:

For starters, let’s recall that for all of his caterwauling over Trump’s “bullying” tactics, Shapiro has always been a loyal Republican whose support for George W. Bush was particularly adamant.  This is revealing, for Bush, along with Congressional Republicans and Democrats, used false pretenses to embark the United States upon a path to war that continues to the present day.

Shapiro, along with his colleagues in the Big Con, vigorously argued on behalf of the wars in Iraq and Afghanistan.  Collectively, these invasions have come at the cost of trillions of dollars, the loss of over one millions lives, hundreds of thousands of orphaned children, and hundreds of thousands of human beings who have been permanently maimed and traumatized.  Far from ushering in a new Democratic Age throughout the Middle East, the Big Con’s wars radically destabilized the latter, unleashing fundamentalist Islamic terrorist organizations like ISIS while decimating ancient Christian communities and the communities of other religious minorities that received some measure of protection from the secular rule of men like Saddam Hussein.

The Big Con generally and Shapiro’s voice in particular were instrumental in making these wars happen.

And yet Trump, to hear NeverTrumpers like Shapiro tell it, is supposed to be the bully.

Shapiro and his ilk wax indignant over what they regard as Trump’s crass tweets and oral remarks—even though they used their resources to support politicians who wielded their power in ways that have caused incalculable bloodshed, pain, treasure, and death for legions of human beings.

The Iraq War is today recognized as arguably the biggest foreign policy disaster in our country’s history.  The Afghan war, of which few people any longer even speak, is our country’s longest-running war. Neither an end, nor victory, is in sight.

Shapiro has never apologized for his role in advancing these disasters.

To his credit, though, and unlike some of his fellow travelers, Shapiro at least did admit at the time that the wars to export Democracy to the Middle East were necessary features of a larger scheme for American empire—something in which he believes.

In 2005, Shapiro wrote an article in which he castigated “impatient isolationists,” i.e. the majority of Americans who had already, by this juncture, turned against the war in Iraq.  Since, following the fall of the old Soviet Union, America is the world’s only remaining superpower, the only remaining “empire,” it has a “duty” to preserve itself as an empire.

This, in turn, means that America has a duty to engage in pre-emptive wars, for pre-emption “is the chief weapon of a global empire.”

By this same principle, the principle that pre-emption is indispensable to advancing America’s “global empire,” America should be considering invasions of “Iran, Saudi Arabia, Syria, Egypt, Pakistan, and others.”

This Big Con celebrity argues that while advancing empire promises to secure America’s “future security,” it is also a worthy end inasmuch as it consists in “forwarding freedom” throughout the world. 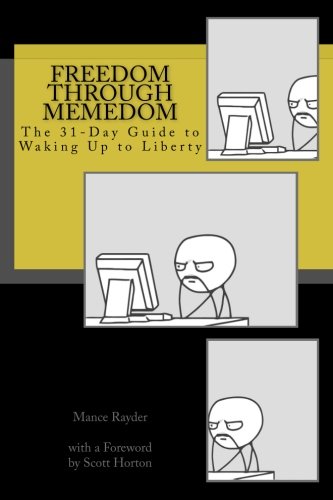 In 2003, Shapiro called for the removal of the five million Palestinians and Israeli Arabs from “Judea, Samaria, Gaza and Israel proper.” “It’s an ugly solution,” Shapiro wrote, “but it is the only solution.”

In response to the charge that such a policy is Nazi-esque, Shapiro has a response ready at hand: “There are no gas chambers here. It’s not genocide; it’s transfer. It’s not Hitler; it’s Churchill.”

Because Winston Churchill approved of the forcible removal of upward of nine million Germans from the Polish territory that the Allies created by slicing off a portion of Germany, there is nothing objectionable about the Israelis forcing millions of Palestinians from the only homes that they’ve ever known.

Churchill, Shapiro notes, shared his own view that when “two populations are constantly enmeshed in conflict, it is insane to suggest that somehow deep-seated ideological change will miraculously occur, allowing the two sides to live together.”

As for those who are reluctant to accept his proposal, Shapiro cuts to the quick: “It’s time to stop being squeamish. Jews are not Nazis. Transfer is not genocide. And anything else isn’t a solution.”

He proudly declared: “I stand with #NeverTrump.”

To hear Shapiro tell it, Trump is the anti-Shapiro: “I will never vote for Donald Trump because I stand with certain principles,” such as “small government and free markets and religious freedom and personal responsibility.  Donald Trump stands against all of these things.”

Shapiro stands with “the Constitution of the United States,” the Constitution’s “embedded protection of my God-given rights through governmental checks and balances,” and “conservatism.”

Trump stands against such things.

Trump, rather, stands for, among other odious things, the “targeting of political enemies,” “an anti-morality foreign policy,” “government domination of religion,” “nastiness toward women,” “tacit appeals to racism,” and “unbounded personal power.”

The patent silliness and hysteria of Shapiro’s remarks should now leave even the most casual of observers incredulous.  He also forecasted that “Trump will get blown out in a general election.”

Today, nearly two years after Trump defied, and as he continues to defy, the Never Trumpers—the alt-leftists and the official left—Shapiro no longer self-regards as Never Trump.  Now he calls himself a “Sometime Trumper.”

Perhaps it is precisely because this is such a meaningless moniker that it is perfectly suited to cover the bases of one who has been as spectacularly wrong as Shapiro has been throughout his career and extending into the era of Donald Trump.  No one, including those who have supported his candidacy from the beginning, backs Trump in all instances, just as few people unequivocally support anyone.  “Sometimes Trump” is meant to simultaneously fulfill two purposes:  (1) conceal Shapiro’s belated recognition that he had been just as wildly irrational and melodramatic over the prospects of a Trump presidency as his fellow NeverTrumpers and those on the official left continue to be; and (2) prevent Shapiro from having to confess that he had been wildly irrational and melodramatic.

To see that “Sometime Trumper” is as rhetorically deceptive as it is logically and substantively useless, consider it in light of an analogy.  Imagine a man who spends his time issuing one unequivocal condemnation after the other of capital punishment, i.e. a man as zealously anti-capital punishment as Shapiro was anti-Donald Trump. This same man, though, over time and upon the development of events, begins to soften his original stance.  He now realizes that perhaps there are indeed some classes of criminal offenders that are deserving of the death penalty.

Yet rather than simply admit that he is now a proponent of capital punishment, he says instead that his position has not changed substantially, that the only difference between where he stands now and where he stood in the past is that he now supports the death penalty only in some instances.  In most cases, the man continues, he still opposes it.

Shapiro’s stance on Trump is no different.

But we shouldn’t expect for this Big Con/alt-left celebrity to ever acknowledge this.

A String of Earthquakes Off the West Coast of the USIs Putin’s Russia an ‘Evil Empire’?