10 Tests, Exercises, and Games to Heighten Your Senses and Situational Awareness STOP: BEFORE YOU READ ON, STUDY THE PICTURE ABOVE FOR 60 SECONDS.

THEN, SCROLL DOWN AND SEE IF YOU CAN ANSWER THE FOLLOWING QUESTIONS:

How did you do on this little test? Not as well as you would have liked? Perhaps it’s time you strengthened your powers of observation and heightened your situational awareness.

Enhancing one’s observational abilities has numerous benefits: it helps you live more fully in the present, notice interesting and delightful phenomena you would have otherwise missed, seize opportunities that disappear as quickly as they arrive, and keep you and your loved ones safe.

Today we’re going to offer some games, tests, and exercises that will primarily center on that latter advantage: having the kind of situational awareness that can help you prevent and handle potentially dangerous and critical situations. But the benefits of practicing them will certainly carry over into all other aspects of your life as well.

Ready to start heightening your senses and building your powers of observation? Read on.

Situational Awareness and Your Senses

Strengthening your situational awareness involves making sure all of your senses are turned on and fully tuned into your environment. It seems like your mind and body do this automatically — aren’t you seeing, smelling, and hearing everything around you, all the time?

But when someone asks you something like, “What’s your license plate number?” and you draw a blank, you quickly realize that it’s possible to have looked at something hundreds of times without ever seeing it.

In fact, while our brain gives us the feeling that we’re taking in the whole picture of our environment from moment to moment, this is an illusion. We’re really only paying attention to some sets of stimuli, while ignoring others.

Thus, if you want to strengthen your situational awareness, you have to be truly intentional about it — you have to consciously think about utilizing and directing all your senses to a greater degree. You have to train for observation. And the first step in doing so, is getting reacquainted with the powers and pitfalls of your senses:

Seeing is what we typically think of when we think of observation, and it’s what we lean on the most to make sense of our world. Yet what our eyes take in is also not as accurate as our brains would have us believe. Eyewitness accounts of crimes are notoriously unreliable, and famous studies — like the one in which folks are asked to concentrate on people passing a basketball back and forth, and in so doing miss a man in a gorilla suit walking through the picture — show us that we can look right at something, without actually seeing it. 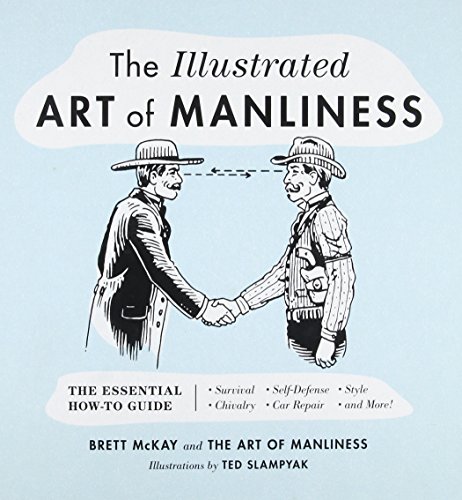 These blind spots are due to the fact that our eyes don’t operate like cameras that record scenes just as they unfold; rather, our brains take in a number of different shots, and then interpret and assemble them together to form a coherent picture. Left on autopilot, our brain ignores many things in our environment, deeming them unimportant in creating this image.

Nevertheless, sight is an incredibly vital part of our situational awareness arsenal — especially if we train ourselves to look for things we’d normally miss. Our eyes tell us if someone looks suspicious or if something is out of place in our hotel room (indicating someone’s been there in our absence); they spot peculiar features of a landscape to help us create a mental map to guide us home from a hike; they take footage of the exits in a building or of a crime that we can remember later.

As sight-driven creatures, we take in a ton of information with our eyes (as much as a third of our brain’s processing power goes towards handling visual input), and most of us feel we’d rather lose our hearing than our sight.

But hearing is far more essential to keeping track of and understanding what’s going on around us than we realize — especially when it comes to staying safe. Our hearing is incredibly attuned to our surroundings and functions as our brain’s first response system, notifying us of things to pay attention to and fundamentally shaping our perception of what’s happening around us. As neuroscientist Seth Horowitz explains:

“You hear anywhere from twenty to one hundred times faster than you see so that everything that you perceive with your ears is coloring every other perception you have, and every conscious thought you have. Sound gets in so fast that it modifies all the other input and sets the stage for it.”

Our hearing is so fast because its circuitry isn’t as widely dispersed in the brain as the visual system is, and because it’s hooked into the brain’s most basic “primal” parts. Noises hit us right in the gut and trigger a visceral emotional response.

The quickness and sharpness of our hearing evolved from its survival advantage. At night, in dense forests, and underneath murky waters, our sight greatly diminishes or completely fails us, and we can’t see anything beyond our field of vision. But our ears can still pick up sensory input in darkness, around corners, and through water in order to build a mental picture of what’s going on.

Noises are nothing more than vibrations, and we’re completely surrounded by them every day. But just like with sight, your ears can be listening to tons of sounds in your environment, without your brain really hearing them; your antennae are always up, but they don’t always send a signal to pay attention. Such signals only register in your conscious awareness when they’re particularly salient (as in when you hear your name said at a busy party), or when they break the usual pattern/tone/rhythm that your brain expects (like when there’s a scream, crash, or explosion, or someone is talking in a strange/suspicious way). 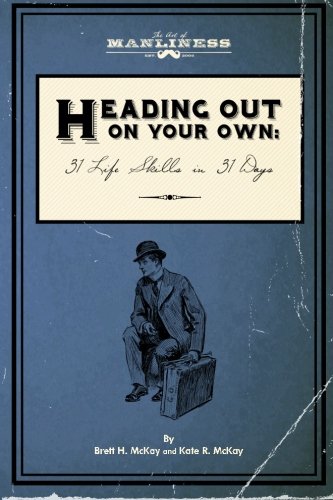 We can tune into more sounds than we usually hear by “perking up” our ears, concentrating, and trying to distinguish and pull out noises we’re usually “ear-blind” to.

In comparison to our senses of sight and hearing, smell doesn’t get much attention and respect. It’s our oldest sense, and we tend to think of it moreso with animals than ourselves — like the wolf that can smell its prey almost 2 miles away.

While dogs indeed have a sense of smell that’s 10,000-100,00X more powerful than ours, the human sense of smell is nothing to, well, sniff at. Humans have the ability to detect one trillion distinct scents. And while our other senses have to be processed by numerous synapses before reaching the amygdala and hippocampus and eliciting a reaction, smell connects with the brain directly, and thus gets deeply attached to our emotions and long-term memories. This is why catching a whiff of something from long ago can instantly transport you back in time.

These ingrained, smell-induced memories serve the same kind of survival purpose in humans as they do in animals — to identify family and mates, find food, and be alerted to possible threats. Our sense of smell is able to distinguish blood kin by scent, and not only can it identify danger through picking up the scents of smoke, death, gas, etc., but can even pick up on fear, stress, and disgust in fellow humans.

Indeed, while the human sense of smell isn’t up to par with animals, studies have shown that we can track a scent trail in the same way dogs do, and that the reason we’re not better at it than we are, is that it’s a skill that has to be developed through practice. Consummate outdoorsman of days gone by who were highly observant of their surroundings often reported becoming able to track an animal by scent.

While both animals and humans process smell in automatic ways — when the smell of freshly baked cookies hits you, your tummy instinctively grumbles — human smell is in one way superior to the animal variety: we have the ability to consciously analyze smells and interpret what they might mean.

Smell can thus help you identify friend or foe, navigate an area — if we’re close to a factory or dump or a grove of pines or the campfire of home base, our nose will let us know — and even track game.

Touch and taste are two senses that are incredibly enriching for those seeking to live more mindfully and fully immerse themselves in their experiences. But for the purposes of being situationally aware of risk and danger, you won’t use them as much. Touch can come in handy though when you’re trying to navigate in the dark, and must let the sensations of your feet and hands lead the way.

Training for Observation: 10 Tests, Exercises, and Games You Can Play to Strengthen Your Situational Awareness

“As a Scout, you should make it a point to see and observe more than the average person.” —Scout Field Book, 1948

If our senses are truly as amazing as we’ve just described, and what holds us back from using them more is allowing them to default to autopilot, then we have to find ways to intentionally exercise and challenge them in order to give them full play.

Mastering situational awareness involves learning how to observe, interpret, and remember. The following exercises, tests, and games are designed to strengthen these skills while activating the latent powers of your senses.

Some of the games and exercises can be practiced alone, while others would work best in groups, such as a club, gathering of friends, or Boy Scout troop (several of the ideas in fact come from the 1948 edition of the Boy Scout Fieldbook). The games are also great to do as a family — they’ll keep your kids entertained without your having to reach for the smartphone!

Previous article by Brett and Kate McKay: How To Share the Toughness of the Outdoors