Doug Casey on Why He Lives in Uruguay

Editor’s Note: Doug Casey lives in Uruguay… but have you ever wondered why?

Most people don’t know much about the country. So when Casey Daily Dispatch editor Justin Spittler visited Doug at his Uruguayan ranch, he decided to get the scoop…

Justin: So, Doug. Why Uruguay?

Doug: Well, Uruguay used to be known as the “Switzerland of South America.” It once had the most free-market banking and financial infrastructures, and excellent privacy. It was once very desirable from that point of view. All the Latin Americans used it as a tax haven and a money refuge. It still clings to remnants of that reputation.

Uruguay is also a small country. It is about the size of Missouri. Its population is around 3.5 million people. Small is good, especially when the financial industry is a big part of the local economy. To me, small is attractive…

It’s quiet and backward. When I first visited in 1980, I thought I was stepping back into the 1930s—I kid you not.

Geographically, the place is like Julius Caesar’s Gaul. It’s divided into three parts.

One part is Montevideo, the capital. It’s home to a million people, and the center of economic activity—such as it is. It’s got some upmarket areas, but it’s a dump for the most part. 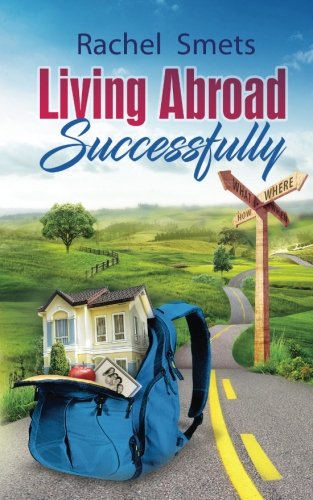 Then there’s Punta del Este, a beach resort town. Packed in the “season,” from Christmas to February 1, but very very quiet the rest of the year. That’s where the rich live.

Then, the third part, is the endless pampas in the country’s interior—just farmland. There’s really nothing of interest once you leave Punta and the beach resorts. The country is like Kansas with a sea coast.

On the bright side, there are some interesting, rich, sophisticated people that live around Punta. Many of them are Argentines that moved across the border for tax or political reasons. Some people moved here simply because it’s a pleasant and quiet, albeit backward, little country. I guess that’s my excuse for spending time here. Great place to catch up on reading, research, and writing.

I like it. But outside of the “season” it’s quiet. You have to amuse yourself.

Justin: It seems relatively safe, though.

Plus, Uruguay is also, along with Chile, the least corrupt country in South America. You don’t dare try to bribe a cop here. That’s out of the question.

In Argentina, which is just across the River Plate, it’s different story. I did an interview a couple years ago called “Make Corruption Your Friend.” I promise you, it’s worth reading. [Editor’s note: You can read both parts of Doug’s interview here and here.]

The culture in Uruguay is quite different from that in both Brazil and Argentina. I spend a lot of time in Argentina, as you know. Argentina is much more vital, sophisticated, and fun. Generally much cheaper, as well. If I had to choose one country in Latin America, there’s no question it would be Argentina… but I don’t have to choose just one.

All these countries typically have three-month visas. So, if you want to spend serious time in this part of the world, it helps to have a crib in another country in the region. It allows you to split up your time conveniently. It’s much easier, physically, to get to Uruguay from Argentina than to Brazil, Chile, or Paraguay.

Uruguay used to have very simple and easy requirements to become a citizen. You hardly had to even be here. But they’ve tightened that up considerably. It takes three years, and you must be present at least a day every four months.

Paraguay, on the other hand, is much more like Uruguay used to be. In fact, it’s much better than Uruguay used to be. You only basically need to visit Paraguay once to get your permanent residency permit. You then can come back three years later, take a simple test, and you can become a citizen.

Justin: Is it expensive to do this?

It used to be this easy in Uruguay. But, unfortunately, there were scandals.

Justin: Are you a resident of Uruguay?

Doug: Yes, I have official residence here. There’s no reason not to. They have no tax on income earned abroad.

This country, along with Sweden and New Zealand, was the first socialist country in the world. Fabian, or democratic socialism. Welfare state socialism. It’s not brutal, like most other types of socialism, but it’s still very corrosive to the human spirit.

Uruguay is not a place to do business. That’s out of the question. The place is anti-entrepreneurial.

Justin: What makes it so hard to do business here?

Doug: The regulations are horrible—papers, forms, permissions. Plus, the welfare system is so egregious that it’s hard to get anybody to do an honest day’s work here. The unions are set in concrete here. They’re unyielding coercive organizations, run by opportunistic thugs, like unions everywhere. But they’re not violent like the unions in some other countries.

To show you how bad this place has become, consider this. Five years ago, they had no domestic income tax. None. Then they held a plebiscite, an actual plebiscite, to vote in an income tax.

How degraded is a country where the people themselves vote for an income tax? Of course, it was sold to the average person by saying, “Don’t worry, only rich people will pay it.” But you can guess how that ended up.

Justin: Is it now a high-tax jurisdiction?

Doug: No, it tops out at around 25%. Plus a 22% Value-Added Tax, of course. But I don’t care because I’ve got minimal income within Uruguay, from farming. Nobody is making any money farming anything these days, anywhere. Which is why I’ve gotten into it—I suspect things will change. Plus, the country has a tax treaty with the U.S. So, my taxes here are offset against my U.S. taxes. So, Uruguay’s taxes are meaningless to me—I’d have to give the money to the U.S. anyway.

The important thing about Uruguay, from a tax point of view, is they still don’t tax foreign income. If you have income from abroad, they leave it alone. That’s a plus. Also, they tend to leave foreigners very much alone—we belong to another government, and there’s professional courtesy between them.

The main reason to live in Uruguay is because it’s quiet and it’s peaceful. And it’s just across the River Plate from Argentina. It has very little else to attract you.

However, let me re-emphasize something. Agricultural commodities peaked in 2011–2012. Ever since then, the market has been down, down, down. So, property prices here have fallen a lot. It is, therefore, a good time to look for a farm—if you don’t mind the risks and brain damage involved in agriculture. But agriculture is the mainstay of the Uruguay economy.

They used to have a thriving financial industry, but the government here has totally destroyed it. Forget about this place being the Switzerland of South America. That’s all over. Total dead duck. Ancient history.

The government is now destroying the tourist industry. They recently put a 0.00 alcohol tolerance for driving into effect. Why go to a beach town like Punta del Este during the summer, when there’s zero tolerance for alcohol? With police checkpoints everywhere to enforce it. Tourism will wind down. The beaches are vastly better in Brazil, and it’s much more liberal there—although Brazil is famous for crime.

Argentines, who make up about 80% of the people who come to Punta during season, are going to say, “Why go there anymore?” Except for the convenience of driving over from Buenos Aires. Sure, Punta is close and convenient, but I bet, in the future, many of the upmarket Argentines will rather go to Brazil or even Miami. So, they’re killing the tourist industry. I might add this is probably the most anti-smoking country in the world—even more than Canada.

Justin: Yeah, I was just in Punta. It was a ghost town. I’d be surprised if the occupancy levels at the hotels and for the condo developments were higher than 5%.

Doug: When you look at Punta, there are hundreds of apartment buildings that are empty most of the year. You might wonder why people buy apartments, because they’re very expensive to maintain. You typically pay around $3,000 a month in condo fees and taxes just to keep the building up. It’s very, very expensive.

So why would anybody buy a condo in Punta? It’s basically to get their money offshore into something that’s solid and real, as opposed to a bank account.

Doug: Yes, it’s mostly Argentines. But Punta is a jet-set destination—it still draws a lot of Europeans as well.

Justin: Argentines are buying land in Uruguay because the peso can’t hold its value?

Doug: Yeah, that’s always been the case—buying property to get rid of a toilet paper currency. But since the Uruguayans have killed financial privacy, an Argentine can’t hide money here anymore. That’s no longer possible. In fact, it’s not really possible anywhere anymore.

I suspect that the property market is going to crash at some point, simply because there’s little reason to be here anymore. The only thing I’m trying to figure out is how the government is going to destroy the agriculture industry. It’s mostly cattle, soybeans, and timber. Agriculture is what this country is all about.

But they’re working on that. Most of the politicians in Montevideo are ex-communists from the ’70s. They all believe in socialist ideals. They’re working on destroying real estate in other ways, through transfer taxes, notary fees, and other sorts of things that make it very expensive to buy and sell any property.

If you buy something here, you better plan on holding onto it for a good long time, and using it. Everything here is for sale; if you want to buy, offer 50% of the ask. If you want to break even, only buy a distress sale. But that’s good advice most everywhere. Real estate has been very good to me all over the world. I suspect, however, the great secular post World War 2 property bull market is coming to an end.

I know I’ve sounded quite negative on Uruguay. On the bright side, it’s peaceful and pleasant. And there’s not a bubble in property, as there is in most of the world’s first-rate cities. But, frankly, there is no perfect place in the world. That’s why, if you can afford it, you want to have comfortable digs several places in the world…

Fake News and immigrationBreaking In a New President