What's Lurking in Your Dish Towel?

Hand-washing is one of the simplest ways to reduce exposure to potential disease-causing germs.1 This may also reduce your chances of getting sick and/or spreading infection. Regular and proper hand-washing drastically decreases the number of germs having access to your body, especially at key times such as before eating or touching your mouth, eyes or nose, after using the restroom and while cooking in the kitchen.

With drug-resistant infections on the rise, disinfecting your hands and your surroundings may seem like a good idea. However, research has clearly demonstrated this may exacerbate the problem rather than solve it. While the key to preventing the spread of contagious disease is hand-washing, doing it using proper products and techniques, as well as paying attention to how you dry your hands, are critical factors.

Teaching people proper hand-washing techniques may improve health in the community and reduce the number who get sick with diarrhea by 31 percent and respiratory illnesses, such as colds, by up to 21 percent.2 Through illness prevention, the number of antibiotics prescribed would also decline, as they are often prescribed unnecessarily for respiratory infections and diarrhea-related illnesses.3

However, it is equally important to pay attention to the products you use to dry your hands. In a recent study presented at the American Society for Microbiology, researchers found high growth rates of bacteria on kitchen towels used to dry hands and dishes and to wipe down countertops.4 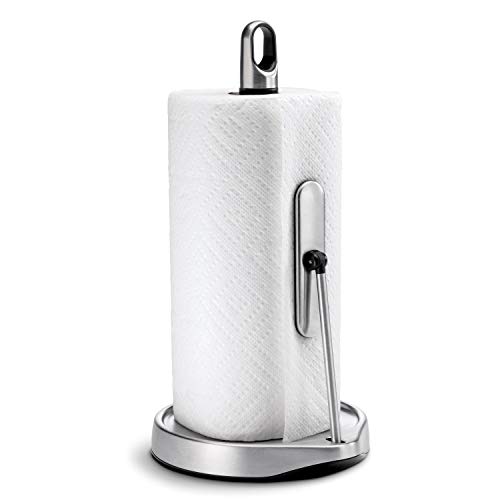 In a previous study,5 lead author Susheela Biranjia-Hurdoyal, Ph.D., from the University of Mauritius, studied the bacterial load of pathogens linked to food spoilage found on kitchen tables. Her team found the kitchen was an important source of pathogens and bacteria causing foodborne diseases.

A lack of hygiene was confirmed when researchers found bacteria in the kitchen that originate in human waste. In the current study, the authors sought to examine the contribution towels made to the burden of pathogens in the kitchen.

The researchers provided 100 kitchen towels to families to use for one month.6 Afterward they collected the towels and cultured bacteria, identifying growth using standard biochemical testing. Additionally, they questioned the participants to establish how the towels were used, identifying some of the factors contributing to contamination.

Once the towels were cultured, bacterial growth was found in 49 percent, with a higher number of bacteria associated with towels collected from homes with larger families.7

When a family used the towels for multiple purposes, such as wiping utensils, drying hands and wiping surfaces, a significantly higher number of bacterial colonies were found than in families who used the towels for single-use during the testing. Researchers also discovered towels kept in more humid conditions had higher colony counts than those consistently dry between use. In the 49 towels testing positive for bacteria were:8

Likewise the researchers were also able to differentiate bacterial growth in various family situations. Coliform bacteria and Staphylococcus were found in significantly higher numbers on towels from meat-eating households.9 Staph aureus was isolated at higher rates in towels from families of lower socioeconomic status, and there was a higher prevalence of Enterococcus on kitchen towels in families who were strictly vegetarian. Biranjia-Hurdoyal commented:10

“The data indicated that unhygienic practices while handling non-vegetarian food could be common in the kitchen. Humid towels and multipurpose usage of kitchen towels should be discouraged. Bigger families with children and elderly members should be especially vigilant to hygiene in the kitchen.” 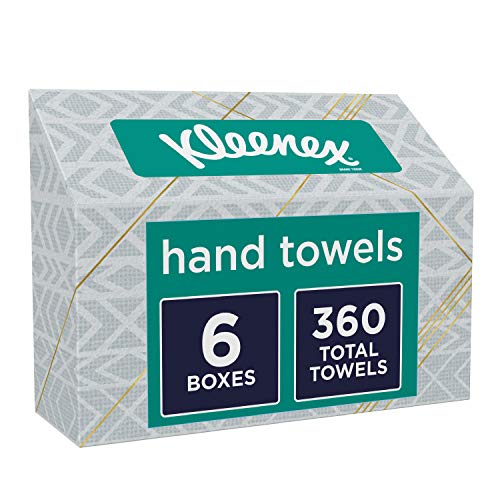 The impact of hand hygiene is significant as carrying viruses and bacteria on your hands may increase the incidence of colds, illnesses and the subsequent medical costs and productivity losses.11 Cleaning your hands begins with proper technique and products to remove debris and pathogens, but as the featured study demonstrates, your technique may be mitigated when you dry your hands with a multiuse towel brimming with microorganisms.

In one study using military recruits, researchers discovered that by teaching simple hand-washing techniques to Navy recruits, the class experienced a 45 percent reduction in outpatient visits for respiratory illnesses. However, despite the resounding success of the program, reducing productivity loss and health care costs, maintaining the program proved time challenging to the staff.12

By using correct hand-washing techniques in your home, you may potentially reduce the number of bacteria and viruses passed from one person to another. Consider the following guidelines to enable your hand-washing to be truly effective for disease control:

Get the Job Done With One Towel

The process of producing paper and paper toweling is intensive. A hefty environmental burden is created in the search for virgin fiber, leading to mass deforestation and in the addition of toxic chemicals that release carcinogenic dioxins and furans into the environment.14

Although using paper towels may result in cleaner hands, the amount used each day may contribute to a rising burden of toxic chemicals and reduction in resources on the planet. In this short Ted Talk, Joe Smith demonstrates how you may reduce paper use and still have clean hands.

Each year, 13 billion pounds of paper towels are used in America,15 amounting to over 45 pounds per person, per year. If every person could reduce their use by just one towel per day, this may reduce waste by 571 million pounds per year. In other words, little changes you make at home and in the community will have a big impact on the environment.

Although paper towels may reduce the number of all types of bacteria found on your hands, inefficient use leads to wasted resources. However, by using the system Smith outlines in his TED Talk above, it’s apparent we can reduce the amount of paper towels used on a daily basis, both in public and at home.

The critical factor to this method is twofold. The first is to shake your hands 10 to 12 times to eliminate as much free water as possible. In the second step, Smith discusses how folding the towel in half increases absorbency by increasing interstitial spaces where water can be absorbed.

One common misconception is if a virus or bacterium enters your body you automatically get sick. However, simple exposure is not the single determinant. Instead, the health of your immune system dictates your body’s response, and therefore your likelihood of contracting an illness. In one study,16 17 people were purposefully infected with the flu, yet only half of the participants exhibited symptoms. When the researchers tested all the participant’s blood, each had demonstrated an immune response.

However, the response in the patients who became symptomatic indicated an antiviral and inflammatory response, which may have been related to virus-induced oxidative stress.

Those who had no clinical symptoms had a more tightly-regulated cell-mediated response and an elevated expression of gene function in an antioxidant response. In other words, half were able to fight off the virus effectively. So, while hand-washing is effective in reducing the spread of pathogens, nurturing an active immune system may reduce your potential of getting sick.

There are many factors influencing your immune system over which you have ultimate control, including getting adequate amounts of sleep, populating and nourishing a healthy gut microbiome, sensible sun exposure, reducing or eliminating sugar consumption, eating a diet high in healthy fats and low in carbohydrates, and engaging in grounding to reconnect with a major contributor of electrons.17

A clean decluttered home provides you with a much-needed sanctuary from the daily grind. Many equate a clean home with a clean scent, spending nearly an hour a day18 cleaning up using rubber gloves and harsh chemicals. However, using commercial sprays, wipes, scrubs and polishes introduces toxins into your home environment instead of removing them. Strong smelling lemon and pine scents — those many believe are the epitome of a clean home — are created using toxic volatile organic compounds (VOCs).19

In your effort to reduce bacterial pathogens at home, you may have started using products labeled green, natural or organic.20 However, these may also emit hazardous air pollutants.21 A typical professional cleaning product may contain more than 132 different chemicals, fragrances among them.22

“Cleaning products potentially give rise to simultaneous exposures to different chemical substances,” researchers wrote in the international Journal of Occupational Environmental Health,23 which is why you’re far better off cleaning with truly natural products. For specific recipes and ingredients see my previous article, “Keep a Clean House With Nontoxic Cleaners.”

Oregano oil is one of those natural products demonstrating antibacterial effects on human tissue and on your kitchen counters. In one study,24 researchers found oregano oil is effective against three gram negative and two gram positive bacteria. Including oregano essential oil in your homemade cleaning products is simple, easy and an effective means of killing pathogens.

When making your homemade cleaning products, don’t use refillable plastic spray bottles available at the store. Instead, ditch the plastic bottle for a glass bottle to eliminate the potential for nasty chemicals from the plastic leaching into your cleaning supplies.

MommyPotamus25 offers a solution so you don’t have to purchase a specific glass spray bottle. Use an old screw-top bottle the size of your choice, and fit the sprayer from a plastic bottle right on. Simple and easy! For more about using oregano oil to clean at home, see my previous article, “Why It’s a Good Idea to Clean With Oregano Oil.”

Previous article by Joseph Mercola: Suicide Is on the Rise

You Probably Use These Every DayDoes the West Have the Courage To Survive?