(The sources of Mr. Hall’s quotes are referenced at the end of this article.)

“I’d find the young men in the far off places of the world/I’d bring them home to see their fathers, mothers and their girl.” – “The World The Way I Want It” – 1968 Tom T. Hall song

”I was born in the foothills of the Appalachian Mountains,” country songwriter, singer and musician Tom T. Hall once said, “and spent my whole life trying to get out of there.” But he achieved worldwide acclaim and success writing songs and singing about the people who lived there. Hall and his late wife Miss Dixie, a prolific bluegrass songwriter until her passing in 2015, will be inducted in the Bill Monroe Bluegrass Hall of Fame on September 22.

Hall was born on May 25, 1936 in Olive Hill, Kentucky. One of eight children, he grew up in a house with “a porch from which to view the dusty road and the promise of elsewhere beyond the hills – the birthplace of a dreamer.” His mother died of cancer when he was 13. Several years later when his father, a bricklayer and minister, was injured in a shooting accident, Hall dropped out of school to look after the family. Hall began playing guitar when he was four and was deeply influenced by a local musician who died at 22 of tuberculosis. The song he wrote about his musical mentor, “The Year That Clayton Delaney Died,” later became a hit. 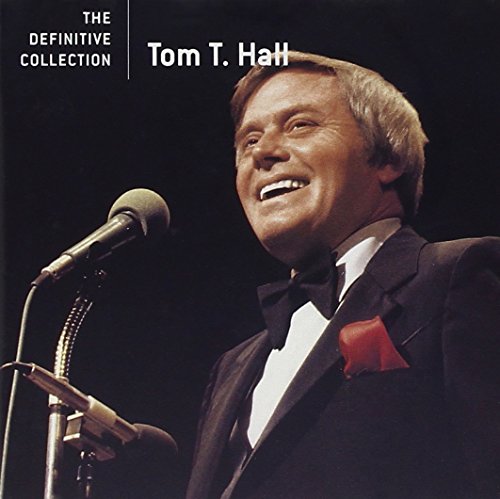 Playing bluegrass with a neighbor’s traveling cinema led to a broadcasting stint with the Kentucky Travelers on a program on WMOR, Morehead, Kentucky. Hall broadcast regularly as part of the Kentucky Travelers. When the band broke up (members were drafted into the Korean War), he continued at the station as a DJ, then joined the Army in 1957.

Songs like “Salute To A Switchblade” and “I Flew Over Our House Last Night” relate to his Army days. Upon leaving the military in 1961, he returned to WMOR and worked as both a DJ and a musician.

Nicknamed by Tex Ritter as The Storyteller for his unique songwriting style, Hall prepared for his craft by reading Sinclair Lewis, Twain, Hemingway, Fitzgerald, Dickens, Greek mythology, Socrates, Plato and James Joyce and studying journalism on the GI bill in Roanoke, Virginia. He wanted to write books. All of his reading prepared him as a wordsmith for his songwriting. Hall’s songwriting has been compared to Chekhov’s short stories. He wrote from personal experience, places he had been and people he had met, sometimes anonymously. 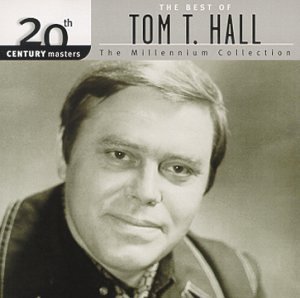 With intelligence, wit and humor, he wrote about the simple struggle of the individuals he grew up with, knew and observed to survive economically. “That’s just the way things are for the working people,” says Hall. “They want to hear songs about themselves.

“Since day one of the Declaration of Independence, the American working man, whether through war, inflation, or depression — they’ve just been jerked around from one calamity to another. And so that’s where the songs come from. It’s not easy out there if you wonder where the next refrigerator payment is coming from, or if your kids are going to eat, or if they’re going to close down the plant where you work. There’s not a lot of security out there.”

In 1964, he moved to Nashville and soon met Iris ‘Dixie’ Dean at a BMI Awards ceremony. Miss Dixie had emigrated from England, was the editor of Music City News and songwriter who had lived with Mother Maybelle Carter. Hall and Miss Dixie were married from 1968 until her passing. 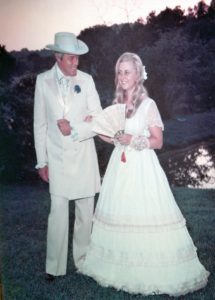 Over the years Hall’s opinion on war evolved. It was a subject he referred to not infrequently since it was a pivotal part of the lives of the people he was writing about – “Ballad of Forty Dollars,” “Day Drinkin,” “In Our Little World,” “Salute to a Switchblade,” “Last of the Drifters,” “Thank You, Connersville, Indiana,” and “Pay No Attention to Alice,” among others. He also wrote songs specifically about war and his lyrics reflected a change of perspective as time went on. After serving in the Army, in 1965 he wrote a song Toby “Boot in Your A**” Keith would love: the pro-war “Goodbye Sweetheart, Hello Vietnam.” This chart topper for Johnny Wright was used as the title theme for Stanley Kubrick’s film “Full Metal Jacket.” In 1966’s “What We’re Fighting For,” a hit for Dave Dudley, Hall acknowledged American protesters, but the song defended the Vietnam War as necessary to keep communism from America’s shore. The line “There’s not a soldier in this foreign land who likes this war” hinted at Hall’s budding departure from a hard core pro-war stance.

This line from “Strawberry Farms,” the haunting 1969 ballad about his childhood — “Bobby had a brother, he got killed in the war/I asked him but he didn’t know what for” went farther than he ever had questioning the validity of war:

1970’s “Girls of Saigon City” tells the sad story of a vet who after receiving a Dear John letter paints the town with Vietnamese prostitutes:

“Mama Bake a Pie, Daddy Kill a Chicken,” also from 1970, is about another war vet, his legs blown off, coming home, a whiskey bottle under the blanket in his wheelchair, whose girl has left him for another.

In 1972 Hall told the tale of a man named John who due to health reasons didn’t fight in World War II. The town folk call him a coward and John responds by going on a shooting rampage, gunning down his accusers. After he is arrested and convicted of murder, John eats his last meal. Facing the electric chair, the condemned man tells the warden who is about to hit the switch, “Turn It On, Turn It On, Turn It On.”

The “Tom T. Hall Sings Miss Dixie and Tom T. Hall” bluegrass CD includes “A Hero in Harlan” about the all too familiar but tragic story of a soldier returning home in a casket. Here Hall performs the song at the Lincoln Theatre in Marion, VA in 2008 (this author went to that performance). It was aired by PBS in its Song of the Mountains series:

Personal experience taught Hall painful lessons about the devastating human cost of war. “I lost a brother in the war and had another one all shot up. I had three brothers in the Korean War. One of them got killed and my other brother brought him home when I was a very young man – and I was struggling with that at the time. I think [the practice was] that if two brothers were in a theater and one got killed, the other one would bring his body home. It was a nice thing. You don’t want to lose them both.”

Hall’s breakthrough as a songwriter crossing musical genres came in 1968 with “Harper Valley PTA” recorded by Jeannie C. Riley. The smash hit about hypocrisy in a small town reached #1 on the U.S. pop charts.

In 1968 Hall signed to Mercury Records, added a middle initial and became Tom T. Hall. The fretted dobro played by producer Jerry Kennedy became the signature sound of Hall’s records. Along with his uniquely crafted songs, his folksy personality and self-effacing humor endeared Hall to his record fans and concert and TV audiences. (This author interviewed him in the 1990s. On stage he kiddingly referred to me as the reporter from “The National Enquirer” who was going to do an expose on him.)

Those familiar with his extensive song catalog would likely conclude the author and performer to be a classical liberal or libertarian. He says himself, “I’m obviously kind of a liberal. Most of the folks around here (where he lives) are Republican.” At the age of 71 he referred to himself as “sort of an old hippie.”