Anthony Bourdain: Did Global Cultural Icon Kill Himself or Was He “Suicided”?

Did celebrity travel writer, publisher and CNN “Parts Unknown” TV host Anthony Bourdain, possibly the most influential cultural icon in the world – one who spoke truth to power – kill himself or was he murdered?

Some oddities of this case: The only proof he killed himself is one official announcing he had committed suicide; his body was cremated before his family got to see the body and without the conducting of an autopsy; he was the latest in a growing list of celebrities reportedly killing themselves using the bizarre method of hanging from a doorknob; his girlfriend was a self-professed witch; he had been targeted by Hillary Clinton’s operatives; and he had taken on the Mossad. With all of that, isn’t it just common sense to ask a few if not a lot of questions?

The corporate media unanimously, unquestioningly reported his death in a hotel in France as a suicide by hanging. The world-renowned storyteller supposedly did not leave a note. The only proof that he killed himself is one official’s statements to the press. No autopsy nor toxocology reports had been conducted yet French officials had already wrapped up the case. “At this stage we have no reason to suspect foul play,” said Christian de Rocquigny de Fayel, prosecutor for the city of Colmar the day after Bourdain’s body was discovered. Bourdain was reportedly found with his bathrobe belt around his neck. The prosecutor said, “This leads us to suspect that not much preparation and premeditation went into the act. There is no indication of any involvement by a third person and we’re ready to give the body to his family.” First reports stated Bourdain was found by his friend chef Eric Ripert, but then story changed to his body being found by the hotel receptionist. 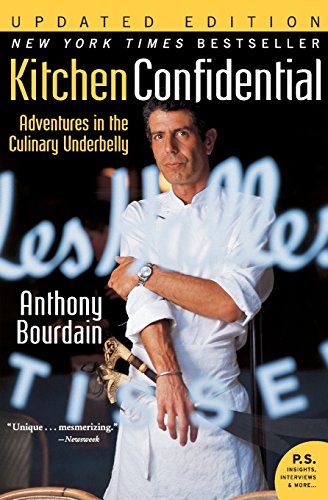 In the days after news broke of his shocking death, as if on cue, internet posters on news and social media sites robotically recited the national suicide prevention phone number and many articles were published about how to recognize the warning signs of depression. The corporate media dutifully resurrected previous written and video statements about his past battles with depression and his joking threats to hang himself.

Absent from corporate media coverage was even raising the logical possibility that foul play may have been involved. Any suggestion that police had rushed to judgment has been dismissed by the fakestream media and the usual suspects – Buzzfeed and Snopes – as a conspiracy theory.

Alternative and independent news sources and bloggers, however, are asking questions. His body was cremated before his family had a chance to see the body and before an autopsy was conducted.

If he did kill himself, the question is why? “If I’m unhappy, it’s a failure of imagination,” he once said. His career was going great: he was in France to film his television show and other projects were in the works. He had recently said he had the best job in the world, he had his 11-year old daughter Ariane to live for, and he told friends he had never been happier having met his true soul mate Asia Argento, actress, filmmaker, mother of two, and self-proclaimed red witch. But there was trouble in paradise. In the days before his death, internet photos circulated of Argento, 42, holding hands, laughing with and hugging journalist Hugo Clement, 28, in Rome.

Was Bourdain despondent over her infidelity? He reportedly bought a painting entitled, “The world is falling down, I am learning to live with it.” His mother, Gladys, a copy editor for the New York Times, said her son was “in a dark mood these past couple of days” before he was found dead.

Actress Rose McGowan, ex-girlfriend of Luciferian musician Marilyn Manson, insisted her friend Argento and Bourdain had an open relationship. If that was in any way true, wouldn’t heartbreak be eliminated as a motive to commit suicide? 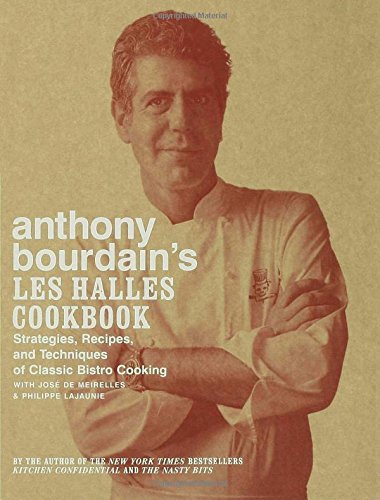 Bourdain publicly supported the #MeToo movement, encouraging Argento to make what turned out to be a intense speech at the Cannes Film Festival on May 8 accusing disgraced Hollywood mogul Harvey Weinstein of raping her 20 years ago. The #MeToo Movement is a reboot of the feminist cause of the 1960s and ’70s, only instead of lesbians being the prominent leaders, now women leading the radical cause are openly witches. The casting couch has absolutely been a reality for actresses in Hollywood, but with women claiming to have been fondled or even just flirted with decades ago being embraced by the #MeToo movement, this is only serving the globalist agenda to divide and conquer men and women.

Fans have psychoanalyzed Bourdain and his dependency on women, beginning with his “formidable and judgmental” mother. Was he fragile enough to allow heartbreak to cause enough despair to end his own life? He had left college to follow his high school girlfriend whom he was with for nearly 30 years until his success as a traveling food TV personality consumed nearly all his time. He referred to his neglect of their relationship, one which she had thought was “bulletproof” as “a great betrayal.” (Would a man using the word betrayal in this context agree to an open relationship with any woman?) In his book “Medium Raw” he described himself as “aimless and regularly suicidal” after his first marriage ended in 2005. Shortly thereafter he married his second wife Ottavia Busia with whom he had a daughter. He was still legally married to Busia when he began a romance with Argento.

Would he really kill himself? His reflections on death months before his passing.