Vitamin B-12 is an essential vitamin, which means the human body cannot make its own and must obtain it through food, supplementation, or, in some cases, prescription medication. Known primarily as the “energy vitamin,” this vitally important nutrient plays a role in numerous bodily functions and is a cofactor and catalyst “helper” compound in certain enzymatic processes. Aside from those functions, virtually every cell in your body needs vitamin B-12.

Vitamin B-12 is one of the eight B vitamins collectively referred to as B complex. Because B-12 contains the element cobalt in its molecular structure, it is also called cobalamin. This water-soluble vitamin occurs naturally in certain animal products (i.e., eggs, milk, fish, and shellfish) but, in contrast to most other nutrients, it is not readily available in many plants or fungi.

In fact, vitamin B-12 is exclusively manufactured in nature by bacteria and single-celled microbes, the only living organisms that possess the enzymes needed for its synthesis. Since your body cannot manufacture vitamin B-12 and it’s an essential nutrient,[1, 2] you must get it through a balanced diet, take it in supplement form, or, under certain conditions, as a prescription medication. In fact, vitamin B-12 is the most complex in chemical structure of all vitamins.[3, 4]

The Four Forms of Vitamin B-12 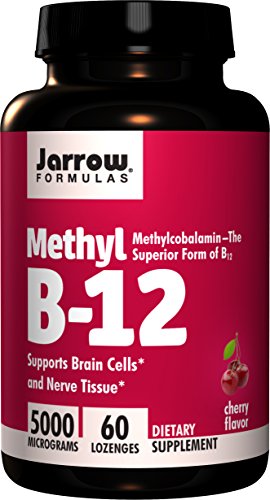 There are four forms of vitamin B-12.

Hydroxycobalamin (hydroxocobalamin), also called vitamin B-12a, is produced naturally by bacteria, and is the form found in most food sources since they contain the bacterial byproduct. This type is often used in B-12 shots. Hydroxycobalamin easily converts to methylcobalamin in the body.

Methylcobalamin is the most bioavailable form in the human body, meaning it is the one that is used readily by the body. Methylcobalamin easily crosses the blood-brain barrier to protect the brain and nerve cells. It also helps converts homocysteine to methionine, which is important because high homocysteine levels are linked to a variety of negative health conditions, which this version of B-12 helps normalize.

Cyanocobalamin is a form of B-12 that’s lab-synthesized via bacterial fermentation, which makes it the cheapest option in supplements but far from the best. In fact, it contains a cyanide molecule, which is necessary for stability.

Adenosylcobalamin (5-deoxyadenosylcobalamin) is a naturally occurring but unstable form of B-12. It does not do well in tablet form in supplements, but some premier supplement manufacturers have been able to offer it in a stable, liquid form like VeganSafe™ B-12.

How Is Vitamin B-12 Absorbed?

When you consume B-12 with food, it is bound to proteins, but is “freed” in the stomach by specialized cells that release gastric acid. (When B-12 is obtained through supplementation, this process isn’t necessary because the vitamin is already in free form.) After being freed, B-12 binds with a compound called R protein which transports B-12 from the stomach into the duodenum, the first section of the small intestine. In the duodenum, cobalamin leaves R factor and binds with a glycoprotein known as intrinsic factor which is produced by the stomach and salivary glands.[1, 2]

Once bound to intrinsic factor, B-12 is absorbed by the ileum, which is the last part of the small intestine. It then enters blood circulation as a transcobalamin complex – B-12 bound to a protein – which delivers B-12 to the cells that need it. Because B-12 requires intrinsic factor to work, the amount your body can absorb from food or supplements is limited to the amount of intrinsic factor your body can produce. Unused, excess B-12 is eliminated in urine or feces.

What Does Vitamin B-12 Do for the Body? 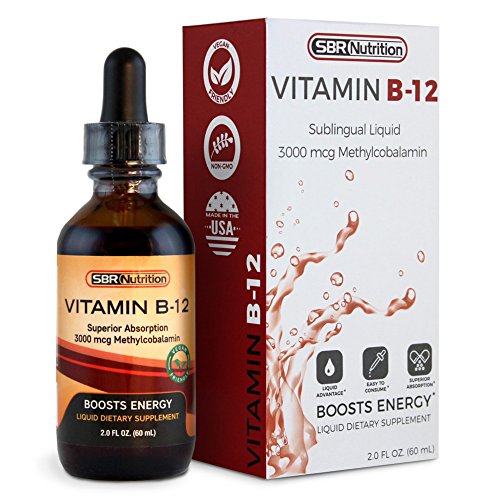 Vitamin B-12 supports several important functions in the body. The body uses B-12 for cell metabolism and cell division. B-12 helps cells produce hemoglobin, an iron-containing protein that transports oxygen throughout the body in red blood cells.[4] In the form of methylcobalamin, B-12 helps the body synthesize protein, DNA, RNA, lipids, and hormones.[2, 4]

People often take B-12 to help boost energy because it’s a coenzyme that is used during the Krebs cycle, which is the process by which the body produces energy. Vitamin B-12 helps break down carbohydrates, particularly glucose sugars. A lack of B-12 can lead to high blood sugar.[5] B-12 also helps the body process fat; a B-12 deficiency can lead to an unhealthy lack of fat.[5]

Vitamin B-12 and the Brain

Vitamin B-12 is important for brain health, including cognitive function and memory. A white, fatty substance called myelin protects brain cells from free radicals and other toxins. A myelin sheath composed of lipids and proteins wraps around a nerve cell much like insulation on a hot water pipe. Insufficient vitamin B-12 leads to impaired brain and nerve functioning due to decreased production and maintenance of myelin. In other words, holes in this protective insulation may cause nerves to “leak” electrical current, deteriorating brain function.[4]

Vitamin B-12 and Cognitive Health

Research shows that patients with impaired cognitive function and memory loss are often deficient in B-12.[2, 6, 7] Scientists think that a B-12 deficiency might reduce the production of certain neurotransmitters, chemicals that transmit information throughout the nervous system. Although vitamin B-12 is crucial in the functioning of the nervous system, scientists do not have evidence that B-12 supplementation is a viable treatment after cognitive decline occurs. This point underscores the value of ensuring sufficient intake throughout life.

Vitamin B-12 and Mood 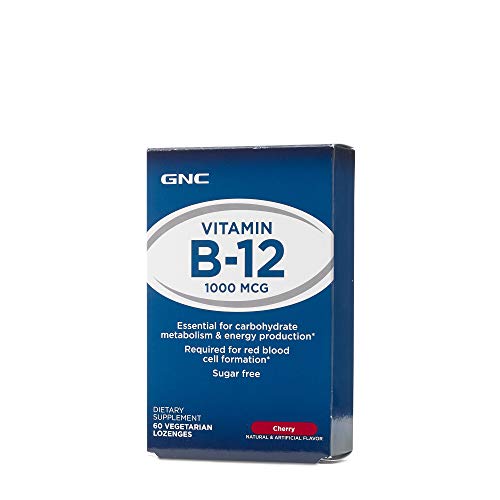 Research shows that people who suffer from unhappy moods are sometimes deficient in vitamin B-12.[7, 8]This may be due, in part, to decline in the myelin sheaths from insufficient B-12. Although it’s unclear of the effect vitamin B-12 has on major depression, evidence does suggest that B-12 supplementation may normalize mood.[7, 8] Vitamin B-12 is necessary for the body to produce and release mood-regulating neurotransmitters, namely dopamine, serotonin, and melatonin. Other mood-related disorders are linked to B-12 deficiency as well.[5]

Vitamin B-12 and Cardiovascular Health

Vitamin B-12 is important for heart health; deficiency is linked with heart conditions in some cases.[9] Low B-12 is also linked to a condition known as macrocytosis, which is when red blood cells are larger than normal,[9, 10] With macrocytosis, hemoglobin – the molecule that carries oxygen – decreases. With less hemoglobin, less oxygen is delivered to tissues and organs, which creates a form of anemia. B-12 deficiency-induced macrocytosis is associated with poor circulation and a higher risk of heart disease and stroke.[9]

Vitamin B-12 and Severe Illness

A lack of vitamin B-12 can compromise gene expression, and change cellular chromatin, the “recipe” of DNA, RNA (ribonucleic acid), and proteins that make up chromosomes. These changes are commonly observed in unhealthy cells that grow both abnormally and too quickly.[11, 12] Combined with vitamin B6 and B9 (folate), vitamin B-12 appears to reduce the risk of uncontrolled unhealthy cell proliferation.[11, 13]

Vitamin B and Bone Health

Elevated homocysteine – which occurs when B-12 levels are too low – interferes with bone health. Specifically, elevated homocysteine affects bone density and cell formation, increasing the risk of bone fracture in aging individuals. Study results as to whether vitamin B-12 supplementation leads to improved bone strength and decreased risk of fracture are mixed. However, since high homocysteine levels indicates vitamin B-12 deficiency, medical scientists have recommended that the B-12 status in elderly populations should be evaluated periodically as a means to monitor bone health.[12]

Previous article by Edward Group: Detox Through Your Feet