We’re Going Back! China To Become The First Nation To Land On The Dark Side Of The Moon

China is set to do something no other nation has done, and that’s land on the far side of the moon. This year, they plan to launch two missions  known as “Chang’e 4”. The first part will launch in June, which will really act as a satellite positioned approximately 60,000 km behind the moon. This will serve for communication purposes, linking the Earth and the far side of the moon. This is, apparently, why we’ve never been to the dark side, because the technicalities of clear communication are impossible, so we’re told. This drastically counters all of the evidence suggesting we have been there. There are some articles linked below where you can learn more about that. Once this link is established, it will allow China to send the second part of the mission: a lander to the far side’s surface.

By the way, Tidal forces from Earth have slowed the Moon’s rotation to where the same side is always facing the Earth, this is why the other side is called the Dark Side, because we can never look at it, not even with a telescope. That being said, I personally do not buy that explanation, completely. You will see why later in the article as I elaborate on the moon. Furthermore, I do believe we have been back, and were there prior to when we were told we got there, but that’s a different discussion all together.

Will the true findings of this mission be publicly disclosed to the world?  When it comes to space news, it’s so hard to believe anything we hear. Mainstream rhetoric completely goes against those speaking out who are directly from “within” and on the front lines. Now, that does not mean that these people may also be dishing out misinformation, but when you have them in multiples from various fields, from aerospace all the way to the ranks of the military, academia, politics and more, it’s not hard to see that something is going on. What that is, we don’t exactly know; but we do know it’s not always what we are told.

Perhaps the greatest source of confusion is the moon. Surrounded by ‘conspiracy,’ according to my research, it seems that the conspiracy is not whether or not we went to the moon, it’s about what happened when we got there.  I go into more detail about that in an article I published in November of 2017: you can read it here.

The Dark Side: Will We Get The Truth From China? If We Look At Some Recent History About This Issue, Perhaps Not…

As mentioned above, it’s so hard to get any genuine information. Take Dr. John Brandenburg. He was the Deputy Manager of the Clementine Mission to the Moon, which was part of a joint space project between the Ballistic Missile Defense Organization (BMDO) and NASA. The mission discovered water at the Moon’s poles in 1994 (Source: page 16 of 18)(source)(source), but according to Brandenburg, the Clementine Mission had an ulterior agenda:

“The Clementine Mission was a photo reconnaissance mission basically to check out if someone was building bases on the moon that we didn’t know about. Were they expanding them? . . . Of all the pictures I’ve seen from the moon that show possible structures, the most impressive is a picture of a miles wide recto-linear structure. This looked unmistakably artificial, and it shouldn’t be there. As somebody in the space defense community, I look on any such structure on the moon with great concern because it isn’t ours, there’s no way we could have built such a thing. It means someone else is up there.”

Whether or not you believe them is up to you. But we have evidence that goes beyond witness testimony, and Brandenburg is just one small example among many.

Contrary to popular belief, reports of artificial structures on the moon are both common and persistent.  Among the first were from George Leonard’s 1976 book, Somebody Else is on the Moon, and Fred Steckling’s 1981 book, We Discovered Alien Bases on The Moon. 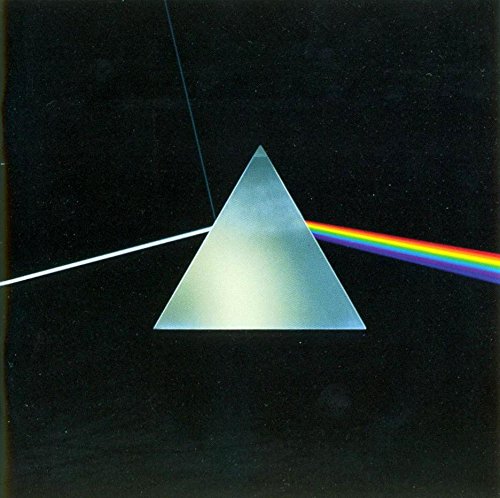 This new study describes how they discovered seven Apollo-15 and four Lunar Reconnaissance Orbiter (LRO) images of the same enigmatic objects in the moon crater Paracelsus C, and how they differ significantly from the rocks scattered around and within the majority of craters on Luna.

Another great point the authors make: a decidedly conservative mainstream scientific establishment often rejects anomalies based on subject matter alone (i.e. there cannot be alien artifacts on the moon because there are no alien artifacts on the moon, or on other planets). Such a view is an example of circular reasoning, based on the belief that extraterrestrials do not exist, or if they do exist that they could not have traveled to our solar system.

One of the authors, Mark Carlotto, an image scientist with 30 years of experience in satellite remote sensing and digital image processing, studied optics, signal, and image processing at Carnegie-Mellon University from 1972-1981, where he received his Ph.D. in electrical engineering. He’s had several positions in academia and industry. Here are some of the peer-reviewed papers he’s authored and co-authored prior to this one.

Members of the Soviet Academy of Sciences (Vasin and Shcherbakov, 1970), run by the Russian Government, published an article entitled “Is the Moon the Creation of Alien Intelligence?” This article offered another explanation for how the moon may have been created. This seems to be a better hypothesis, because there is actually a considerable amount of evidence that points towards something suspicious happening on the Moon.

“We cannot help but come to the conclusion that the Moon, by rights, ought not to be there. The fact that it is, is one of those strokes of luck almost to good to accept.” – Isaac Asimov, Russian Professor of Biochemistry

“It’s easier to explain the non-existence of the Moon, than its existence.” – NASA scientist Robin Brett

When more people started to ask questions about some sort of presence on the Moon, the most common response was the fact that it would be impossible; that amateur astronomers, given the technology today, would be able to identify such claims with ease. This response is only half valid, given the fact that they would only be able to observe one side of the Moon!  A lot of information is available to suggest that there are some structures on the moon and also some type of operation occurring that’s unknown to the majority of people on planet Earth. They could be human operations, extraterrestrial operations, or joint human and extraterrestrial operations. If you are going to hide something from the eyes of astronomers, the “dark side” of the Moon is the perfect place to do it.

The STARGATE project was one of multiple programs that the U.S. government undertook to examine non-material science and “psi” phenomena like telepathy and telekinesis. It ran for more than two decades, and a lot of information regarding the program has since been declassified and opened for public viewing.

The program was used multiple times for successful intelligence collection, as outlined in a paper published after the declassification in 1995:

“To summarize, over the years, the back-and-forth criticism of protocols, refinement of methods, and successful replication of this type of remote viewing in independent laboratories has yielded considerable scientific evidence for the reality of the [remote viewing] phenomenon. Adding to the strength of these results was the discovery that a growing number of individuals could be found to demonstrate high-quality remote viewing, often to their own surprise. . . . The development of this capability at SRI has evolved to the point where visiting CIA personnel with no previous exposure to such concepts have performed well under controlled laboratory conditions.”

Remote viewing was one of their most successful programs under the STARGATE umbrella. Remote viewing is the the ability of individuals to describe a remote geographical location up to several hundred thousand kilometers away (or more) from their physical location. This phenomenon has been confirmed by multiple studies, having repeated the same thing, which is why the program ran in secret for more than two decades until it was declassified.

“Successful replication of this type of remote viewing in independent laboratories has yielded considerable scientific evidence for the reality of the [remote viewing] phenomenon. Adding to the strength of these results was the discovery that a growing number of individuals could be found to demonstrate high-quality remote viewing, often to their own surprise. The CIA even participated as remote viewers themselves in order to critique the protocols. CIA personnel generated successful target descriptions of sufficiently high quality to permit blind matching of descriptions to targets by independent judges.”  (source)

A gentlemen by the name of Ingo Swann was able to successfully describe and view a ring around Jupiter, a ring that scientists had no idea existed. This took place immediately before the first ever flyby of Jupiter by NASA’s Pioneer 10 spacecraft, which confirmed that the ring did actually exist. These results were published in advance of the rings’ discovery.

Ingo wrote plenty about the Moon and his findings on it. The fact that this man was closely connected and often used by the intelligence community (2)(3) should sound some alarms in realizing the importance of his work. Also, the fact that he successfully remote viewed Jupiter before modern science could is astonishing.

Here’s what he had to say about the moon,

“It’s one thing to read about UFOs and stuff in the papers or in books. It is another to hear rumours which say they have captured extraterrestrials and downed alien space craft. But it’s quite another matter to find oneself in a situation which confirms everything. I found towers, machinery, lights, buildings, humanoids busy at work on something I couldn’t figure out .”

The implications of this information are huge, and we believe are spiritual in nature. For multiple reasons, this seems like an educated interpretation.

We have a lot of work to do on ourselves here on planet Earth, and perhaps that’s all tied into the ET phenomena in several different ways. All this and more is discussed exclusively in our Explorers Lounge.

The Gladiators of RomeDepression Soars