Talking about focusing on SUVs is one thing, but killing an entire sedan lineup is quite another. However, that’s what Ford’s decided to do as it lays out new plans for the future.

Wednesday, Ford announced that it will phase out sedans from its North American lineup in favor of trucks and SUVs. So that means we won’t see future generations of the Fusion, Taurus, C-MAX, and Fiesta. The automaker broke the news to shareholders as it reported a $1.7 billion profit in the first quarter of 2018. Only the Ford Mustang and a new Focus Active crossover coming in 2019 will survive.

If anyone’s going to have an opinion on Ford’s decision, it’s Car Pro Show host Jerry Reynolds. Reynolds spent more than 35 years on the retail side of the car biz and at one point was the #1 selling Ford Dealer in the United States. He also served as chairman of the Ford National Dealer Council more than once.

Check out this transcript of Jerry’s interview with the KFYO Radio morning team for his take on Ford CEO Jim Hackett’s cost-cutting decision. Also, tune in to the Car Pro Show this Saturday to hear much more as the industry absorbs the news.

KFYO: Ford is dumping all but two of their cars? 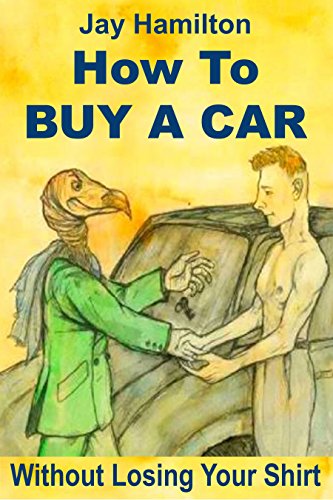 HOW TO BUY A CAR: With... Jay Hamilton Check Amazon for Pricing.

Jerry Reynolds: “I think it’s all a plan of the new CEO of Ford Motor Company, his name is Hackett, and I think he just signed his termination papers and he just doesn’t know it yet. That’s a really bad idea on their part and I was involved with Ford for a lot of years.  I’ll tell you now when you start dumping nameplates like the Taurus and Fusion, you know, Focus is a little different they needed a car to replace that car, but you can’t ignore a whole segment and that’s what they are doing. They are putting all their eggs in the truck and SUV basket.”

KFYO: So are they trying to push everyone up to SUVs?

Jerry Reynolds: Yeah, they are because they are more profitable. But the answer is not to cut the cars but to figure out a way to make people want them. I mean sedan sales are down, we’ve been talking about that for a year. But there are still a lot of them out there and still people who want them.  And when you take those out of your playbook you’ve left a vacancy and those people are going to find another car. That Ford and Fusion buyer is going to look at the brand new Camry or brand new Accord and once they find out those are great cars, they won’t be back to Ford.”

KFYO: Jerry the other question is isn’t this pretty bad timing as oil prices and gas prices are starting to shoot up?

Jerry Reynolds: “It’s horrible timing. And I tell you, I sat down one of one with Alan Mulally in 2010 and Alan was the CEO at Ford at that time and he is the man credited with saving Ford. When Chrysler and General Motors went into bankruptcy, Alan Mulally saved the Ford Motor Company and they were headed that way, too. That’s less than 10 years ago and he was scrambling to get smaller, fuel-efficient cars from Europe over to the U.S. because gas was $4 a gallon. It could do that again easily and then what is Ford Motor Company going to do.

Jerry Reynolds:  “This is a bad plan, a stupid plan and going to be the death of this guy, and by the way, this is exactly what he did with the last company he was CEO of, which was a furniture company. He cost-cut them to death and cost them a lot of market share and he is doing the same to Ford.  I hope Bill Ford wakes up in time to get rid of this guy.”

Listen in to the interview below.