The perception of Facebook is at an all time low, and they’re receiving a lot of bad press. Despite the fact that it’s probably well deserved, Facebook has still provided a great opportunity for free speech, the sharing of information we never really hear from the mainstream media, and an overall general voice and measurement regarding the planet’s perception of various events. It seemed to be a democracy of information, but unfortunately, the government has now implemented multiple measures to combat what’s become known as “fake news.” As a result, peoples choice has been taken away from them with regards to what they want to see. The government has stepped in and is playing the role of fact checker, and information verifier.

Edward Snowden had a great response to this, saying that more censorship is not the answer, but instead less censorship, more transparency and critical thought. Have we really become so docile that we need the government to tell us what is a real piece of information and what is fake? Don’t get me wrong, the elite have been doing this for decades, but the world is currently going through a massive transformation, and one aspect of that transformation is to become aware of what was once dark, and bring it to light. Manipulation of information and the spread of false information has always been a big issue, but more so with mainstream media…

The war on fake news only began when alternative media outlets were sharing information, with credible sources, that basically threatened the control structure and perception of the global elite, or those who we deem our ‘leaders.’

When it comes to Facebook and their involvement in massive, and what seems to be, illegal data collection, Snowden remarked: 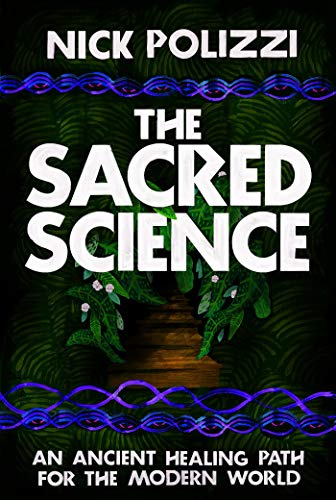 “Businesses that make money by collecting and selling detailed records of private lives were once plainly described as “surveillance companies.” Their rebranding as “social media” is the most successful deception since the Department of War became the Department of Defense…”

It’s pretty crazy, and it’s also noteworthy to mention that Facebook has the likes of Regina E. Dugan on their team. She’s an American businesswoman, inventor, and technology developer. She served as the 19th Director of the Defense Advanced Research Projects Agency (DARPA), then moved over to Google, and now she has a strong position at Facebook.

Connections like this are also, in my opinion, just weird as it doesn’t feel like all that goes on is disclosed.

What’s really going on inside this company and does Zuckerberg really have any say? Or has it simply become a tool for the national security state, collecting data to essentially allow the elite to pin any sort of ‘mishap’ under one’s name, building a case, and taking them down. The scary thing is, if they want dirt on you, they could probably create it. Is Zuckerberg the ‘fall guy?’

It has been said by many close to the company that Facebook’s agendas go far beyond a simple social media network connecting people. Facebook’s former vice president of user growth stated Facebook was “ripping society apart” and ex-Facebook chief Sean Parker said Facebook was built to exploit people’s weaknesses.

But apparently it isn’t just Facebook playing this game, it’s Google, YouTube and other SM networks too. Julian Assange discusses the close relationships between Google and the NSA in his 2014 book: When Google Met WikiLeaks:

Around the same time, Google was becoming involved in a program known as the “Enduring Security Framework” (ESF), which entailed the sharing of information between Silicon Valley tech companies and Pentagon-affiliated agencies “at network speed.” Emails obtained in 2014 under Freedom of Information requests show Schmidt and his fellow Googler Sergey Brin corresponding on first-name terms with NSA chief General Keith Alexander about ESF Reportage on the emails focused on the familiarity in the correspondence: “General Keith . . . so great to see you . . . !” Schmidt wrote. But most reports overlooked a crucial detail. “Your insights as a key member of the Defense Industrial Base,” Alexander wrote to Brin, “are valuable to ensure ESF’s efforts have measurable impact.”

Dylan Curran, a privacy consultant ended up downloading all of the data stored on him by Facebook and Google. According to him, the data archive from Google was almost ten times larger than Facebook, and it dated back a decade revealing shocking details about the IT expert.

Below is a tweet he made late last month and here is the thread, under the tweet below, where he shared 20 shocking pictures and examples of exactly what he meant; it’s quite revealing. According to Curran, the download file was 5.5 G, which is almost 10 times larger than Facebook’s collection of his data.

“Curran’s Google report contained an incredible amount documentation on his web activity, going back over a decade. But perhaps more importantly, Google had also been tracking his real-life movements via his smartphone device or tablet. This included fairly random places he’d frequented, many of the foreign countries and cities he visited, the bars and restaurants he went to while in these countries, the amount of time he spent there, and even the path he took to get there and back.”

With all of this being said, it’s been known that Google silently tracks you everywhere you go and creates a map of your physical movements through its Location History feature. You can deactivate it by going to your timeline and adjusting the preferences.

You can turn off location tracking, voice searches, and other features; you can view and edit your preferences; you can adjust your public profile, and you can download Google’s data hoard to see what they see.

To delete all of your data from not only Google but also a variety of other online services, you can:

There are multiple takeaway messages here, one is the fact that we’ve been living in a mass surveillance state, and the justifications for it seem to be a complete lie. It’s not so much for national security purposes, but more so control purposes.

So, at least we are waking up and starting to realize what’s really going on here. Whistleblowers like Edward Snowden have been a big help with that.

When we are not aware, we really leave ourselves open to a lot manipulation. When we are aware, this can’t really take place like it used to. The global elite are having a much harder time slipping products and so called services, in the form of national security measures, every single year.

They require our complacency, so our simple awareness, and our state of consciousness, plays a huge role in manifesting a new physical reality.

Secondly, this is nothing to fear. It’s easy to take a “oh no, big brother is watching me” type of stance, but it’s been happening long before it was even disclosed. Fear isn’t really the appropriate action, but it’s an understandable response. When we are told our world doesn’t really operate the way we’ve been taught, and become aware of new information that’s not really ‘nice,’ it can be mentally difficult.

The best part is overcoming that fear, and realizing that everything happening on our planet, including all of this mass surveillance, is simply something coming to the forefront of human consciousness because it doesn’t really resonate with the masses.  It’s actually serving a tremendous opportunity, one of many, for the human race to wake up, it’s nothing to fear, and in some cases, we can celebrate that it’s no longer a ‘conspiracy’ theory.

This is instead an opportunity for us to be aware about and speak up about.

“Speak the truth, even if your voice shakes.

Improve Your Circulatory, Lymph, and Immune Systems Is Trump Standing Down in Syria?