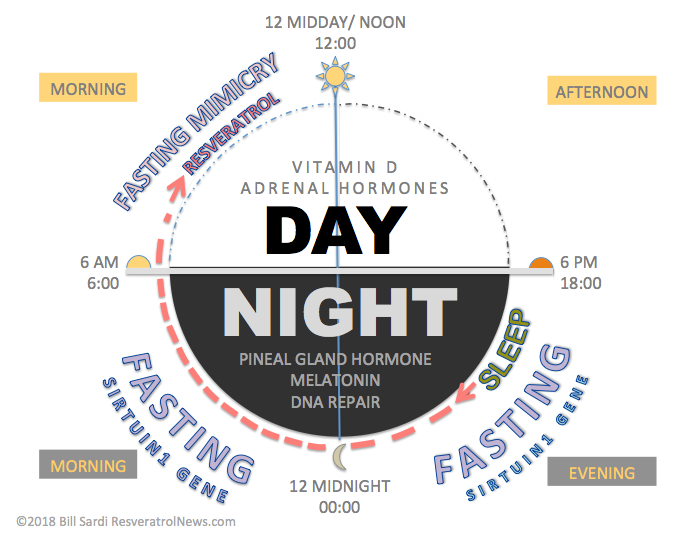 The human body and all living creatures for that matter have a biological clock entranced and synchronized by day and night (light and dark) cycles, what is called the 24-hour circadian rhythm.  As humans age their inability to maintain synchronous sleep/wake cycles shortens lifespan.  It is no surprise then to learn that with advancing age those individuals who retain uninterrupted nighttime sleep cycles tend to live longer.

Just about everything that is taking place physiologically in the human body is staged and timed by the day/night cycle and if it gets out of sync there is a physiologic penalty to be paid.

Researchers write that “resetting the biological clock” can restore wellbeing and prolong lifespan.

The body’s rhythmic activity is controlled in the brain 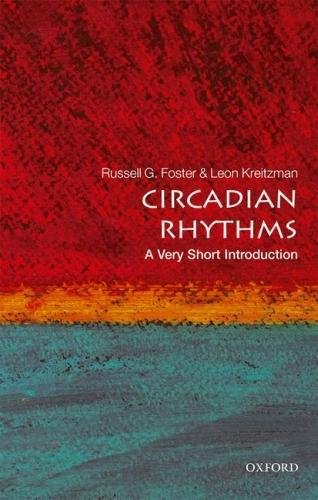 The loss of ability to maintain so-called circadian (24-hour) rhythms is accompanied by a reduction in the size of the suprachiasmatic nucleus (SCN), a pair of neuron clusters within the hypothalamus of the brain that directly receives light input from the retina of the human eye.  Transplantation of young for old SCN in aged animals prolongs the lifespan of laboratory animals.

Changes with advancing age in the SCN are largely controlled by epigenetics, the modifiable dynamic aspect (protein making) of genes rather than the inherited structure of genes (order of nucleotides on the DNA ladder) called mutations.  This means aging is modifiable.

The health and longevity of modern human populations is complicated by high-fat, high-sugar/carbohydrate diets and light pollution, which throw our biological clock out of whack.

There are two central dietary components that block the starvation signal whose removal results in lifespan extension: amino acids and glucose (sugar). 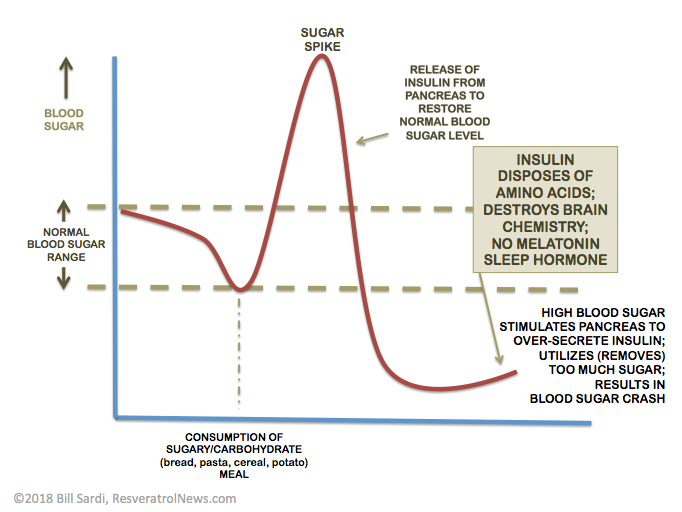 When humans produce more glucose from their liver they essentially switch off fasting (calorie restriction) signals. Of particular interest here is that as animals produce glucose in their liver they enzymatically convert it to ascorbate (vitamin C).  Humans via a gene mutation, no longer produce a required enzyme to convert glucose to vitamin C.  If this gene mutation could be corrected, a major biological signal that switches off the lifespan-prolonging calorie restriction signal would be negated.

Higher HDL-cholesterol levels in the offspring of longevinarians serve as a marker that longevity will be conferred to them. 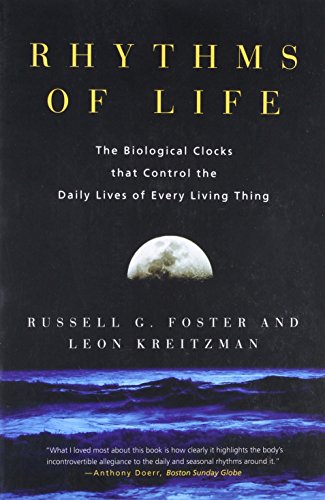 The day-night rhythm is exemplified by vitamin D and adrenal hormone production in the day (corticosteroids, adrenaline) and pineal gland production of melatonin at night.

Strikingly, age alone is not the best predictor of mental impairment.  Older hamsters with disrupted circadian rhythms were more impaired in performing a task when compared to hamsters of the same age with entrained (synchronized) circadian rhythms.

This effect has been observed in humans, as older women with weak circadian rhythms are reportedly more likely to develop dementia than age-and health-matched women with robust circadian rhythms.  This would explain why there are vast differences in mental acuity among adults of the same age. 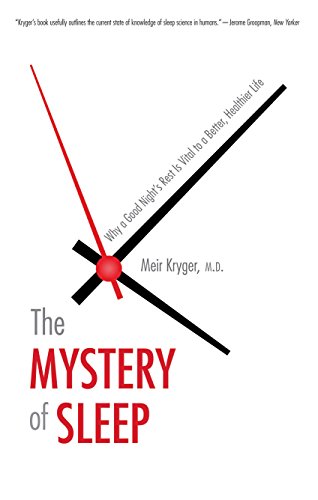 Prolongation of the daily fast

Of particular interest is that most adults consume breakfast within 2 hours of awakening in the morning and eat food (snacks) less than two hours before going to bed.  Therefore, a sizable portion of the day includes snacks between meals.  The duration of time between first feeding and last accounts for excessive calorie intake.

Delaying feedings for 12 hours (not eating till noon) produces fasting-like health and longevity benefits.  Prolongation of fasting for 15 hours is even more ideal.  There are people who believe in skipping breakfast and not eating till noon, thus continuing the daily fasting period from 6-8 hours of sleep fasting + 4 hours of daylight fasting.  This kicks in all of the genes activated by a calorie-restricted diet.

Sleep is so important to maintain health, immunity, memory, mood and many other health parameters.  It is during sleep (fasting) that genes are activated that facilitate DNA repair. 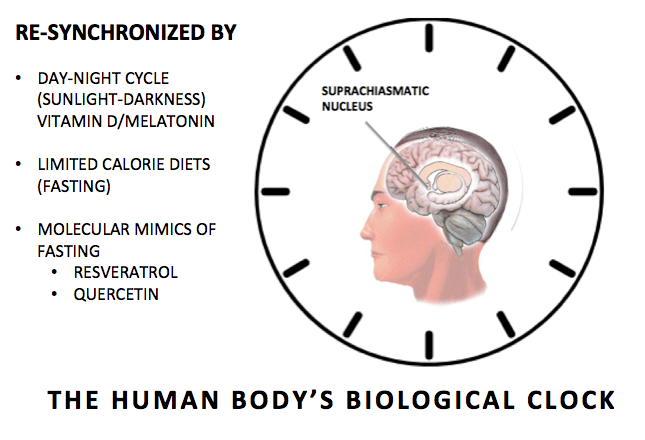 The importance of the sirtuin1 gene

The key gene activated during calorie restriction is the Sirtuin1 survival gene.

Blockage of Sirtuin1 gene activity impairs day-night (circadian) control in young mice to act like what happens in aged mice. 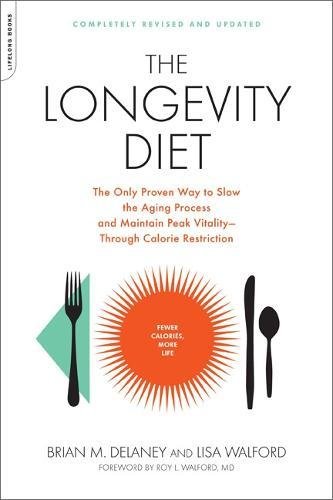 The sirtuin1 gene controls so-called clock genes in the central biological clock of the human body – the suprachiasmatic nucleus.

An overlooked fact is that sleep activates the Sirtuin1 gene by virtue of the fact food is not ingested during sleep.  In laboratory animals, calorie restriction (fasting) doubles healthspan and lifespan.  So limitation of food confers longevity.

Sirtuin1 gene activity declines with advancing age.  It behooves humans to eat less as they age in order to retard aging in the central clock (suprachiasmatic nucleus) in the brain.

In brain cells of laboratory mice, the genetically engineered absence of sirtuin1 results in accumulation of cellular debris known as lipofuscin in brain cells. Lipofuscin accumulates over time leading to age-related decline in brain function.

Accumulation of cellular debris (lipofuscin), visualized as fluorescent yellow particles in the above images, in exhibited in brain cells of mice.  In the brain cells on the right the sirtuin1 gene is absent, leading to premature aging.  Given that the sirtuin1 gene is activated by food deprivation (aka fasting, calorie restriction), reduced food intake slows aging of brain cells.  Given that humans are not likely to deprive themselves of food (continually practice fasting), molecular mimics of fasting such as resveratrol would serve to prolong lifespan.

In one experiment the wake time over a 24-hour period was 13.4 hours for laboratory animals with intact sirtuin1 gene protein in their brain cells and just 7.5 wakeful hours among animals genetically engineered so their sirtuin1 gene was knocked out. 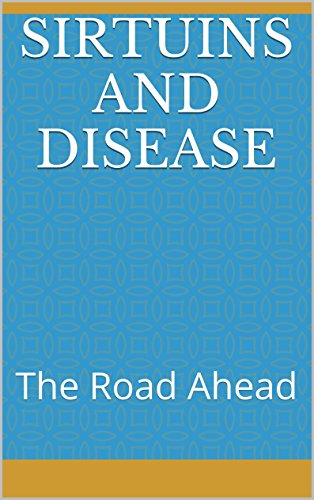 It is evident that maintenance of sirtuin1 gene activity is beneficial in adjustment to changes in the day/night daily cycle.  Low calorie diets would accomplish this.

The sleep hormone melatonin, secreted by the pineal gland at the base of the brain, when supplemented to laboratory animals preserves sirtuin1 gene protein production in the brain of sleep-deprived animals and kept their memory intact.

It is no surprise to learn that the red wine molecule resveratrol activates the sirtuin1 survival gene and plays a key role in the control of biological rhythms.

Fasting mimicry achieved by consumption of molecules like resveratrol, would be of obvious value to those individuals who, like most people, don’t have the personal discipline to restrict food intake to one meal a day but wish to prolong life and health.

Resveratrol, a molecular mimic of a calorie-restricted diet, would also help to maintain or restore a normal day/night (circadian) rhythm.

In young and aged animals (primate monkeys), resveratrol has been demonstrated to improve synchronization of the light-dark cycle.  Researchers conclude: “resveratrol could be a good candidate to restore the circadian rhythms in the elderly.”

Resveratrol shortens the time it takes for the body to return to or repeat the same biological rhythm (called free running period).

In laboratory animals resveratrol reversed the adverse effects of a high-fat diet upon biological “clock genes” and the day/night rhythm.

Resveratrol as a regulator of sleep/wake rhythms “could be of major interest in sleep perturbations associated with aging.”

Of additional interest, what resveratrol does by day, melatonin does at night (activates the sirtuin1 gene).

Mice that over-produce sirtuin1 gene proteins in their brains are protected from the effects of aging.  Sirtuin1 also facilitates adjustment to changes in the day-night (circadian) rhythm as experienced when humans experience jet lag.  Given that the length of daylight hours shifts slightly through the seasons (longer days in summer/ northern hemisphere), humans experience a slight jet lag every day.

Essentially, because there is a slight day-night shift every day as the earth tilts to produce longer or shorter periods of light, humans experience mini jet lag every day.  Inability to adjust to shifting day-night cycles with advancing age becomes a challenge.

Except in commercial airplane pilots who are in a chronic state of jet lag, sleep disruption exaggeratedly induced by jet lag is not as commonly experienced as is light pollution from blue-spectrum light in artificial light sources.  The modern environment is of concern in this regard.  The combined exposure to nighttime artificial light emitted from personal computers, mobile phones and televisions combined with the lack of vitamin D synthesis due to indoor dwelling during daylight hours, desynchronizes the human body from its normal 24-hour day/night (circadian) rhythm.

Resveratrol supplementation produces a profound mental clarity and focus that is experienced by many users of this dietary supplement.   This beneficial effect is produced by inhibition of enzymes (sulfotransferases) that normally degrade (catabolize) stress hormones produced in the adrenal glands.  These enzymes keep a lid on stress hormones (cortisol, norepinephrine) that can produce anxiety, racing heart, migraine headaches and sleeplessness.

A modest dose of resveratrol (100-350 mg) slightly elevates adrenal hormones levels and therefore improves mental alertness.  However, excessive consumption of polyphenols – resveratrol, quercetin, curcumin, catechin) can cause adrenal stress hormones to be overactive and induce the adverse symptoms mentioned above.

For the more scientific astute reader, a more comprehensive scientific review of how day/night biological rhythms affect the rate of aging and lifespan can be read in the journal PHYSIOLOGY.

It is never too late to start running a counter attack on aging.  According to some gerontologists, the 65-70 age range represents a key time to modify diets to prolong life.

The Return of the StoicsMan’s Enemy, and God’s