Being Dehydrated Can Make You Tired, Grumpy and Sick

Have you ever been so busy you neglected to drink even a sip or two of water for an extended period, then suddenly realized you were incredibly thirsty and in need of a long drink? By replenishing your body’s water supply when it tells you you’re thirsty, you can often stave off dehydration. In fact, typically your body’s physiologic thirst mechanism is triggered before you’re dehydrated, giving you a chance to rehydrate before it’s too late.

There are exceptions to this rule, however, with the elderly and young children being at particular risk of becoming dehydrated. It’s estimated that 20 percent to 30 percent of older adults are dehydrated,1 often due to water deprivation and the fact that people naturally have a lower volume of water in their body as they get older.2 Infants and children may also become quickly dehydrated, especially if they’re sick and suffering from vomiting or diarrhea.

One study even suggested more than half of American children are dehydrated, while about one-quarter do not drink water on a daily basis.3 Among healthy adults, the National Academy of Sciences concluded, “The vast majority of healthy people adequately meet their daily hydration needs by letting thirst be their guide.”4

However, if you’re ignoring your thirst or find yourself not drinking enough water during hot weather, especially if you’ve been exercising, it’s quite easy to become mild to moderately dehydrated, with signs and symptoms that may surprise you.

Why Your Body Needs Water 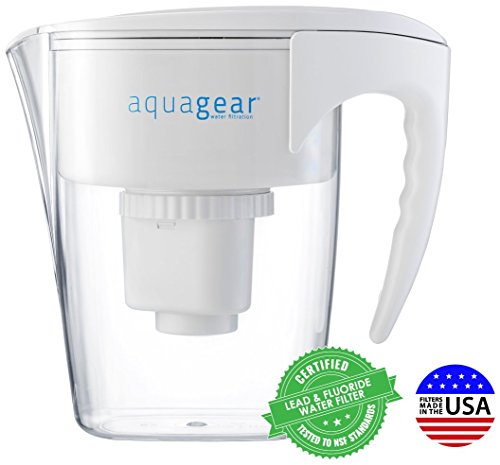 The No. 1 risk factor for kidney stones is not drinking enough water, for starters. There is also some research showing that high fluid intake is linked to a lower risk of certain types of cancer, such as bladder and colorectal.6 Even the risk of fatal coronary heart disease has been linked to water intake, with a study showing women who drank five or more glasses of water per day reduced their risk by 41 percent compared to women who drank less. Men, meanwhile, reduced their risk by 54 percent.7

Your body also needs water for blood circulation, metabolism, regulation of body temperature and waste removal. If you’re dehydrated, even mildly, your mood and cognitive function may also suffer. In a study of 25 women, those who suffered from 1.36 percent dehydration experienced a worsened mood, irritability, headaches and lower concentration, and perceived tasks to be more difficult.8

When you don’t drink enough water, you may also pose a danger on the road, according to a study published in the journal Physiology & Behavior, which found dehydrated drivers made twice the amount of errors during a two-hour drive compared to hydrated drivers.9

How Your Body Reacts to Too Little Water

Your body runs optimally when it’s adequately hydrated, whereas negative biological changes occur when fluid is lacking. When you’re dehydrated, brain tissue fluid decreases,10 leading to changes in brain volume. Your blood also becomes thicker and circulates less, which may lead to muscle cramps and also triggers your kidneys to hold on to water, so your urine output decreases. Further, according to Toby Mündel, senior lecturer in sport and exercise science, Massey University, New Zealand:11

“The thicker and more concentrated your blood becomes, the harder it is for your cardiovascular system to compensate by increasing heart rate to maintain blood pressure. When your dehydrated body is ‘pushed’— such as when exercising or faced with heat stress — the risk of exhaustion or collapse increases. This can cause you to faint, for instance, when you stand up too quickly.

Less water also hampers the body’s attempts at regulating temperature, which can cause hyperthermia (a body temperature greatly above normal). At a cellular level, ‘shrinkage’ occurs as water is effectively borrowed to maintain other stores, such as the blood. The brain senses this and triggers an increased sensation of thirst.”

Mündel recommends keeping track of your body weight to monitor your hydration levels. First thing in the morning when you get out of bed, weigh yourself for three mornings in a row, then calculate the average of your weights. This is your normal baseline weight, and you should stay within 1 percent of that if you’re adequately hydrated (assuming other factors haven’t influenced your weight).

When your body is dehydrated, the lack of water can manifest in surprising signs and symptoms, including:12

• Bad breath: Saliva is antibacterial, but when you’re dehydrated you have decreased saliva in your mouth. This allows odor-causing bacteria to thrive.

• Sugar cravings: Thirst can disguise itself as hunger, and many people reach for a snack when they’re actually thirsty. Sugar cravings are especially common when you’re dehydrated because your liver, which releases stored glucose, requires water to do so. Further, Amy Goodson, sports dietitian for the Dallas Cowboys, told Health, “When you exercise in a dehydrated state, you use glycogen (stored carbohydrate) at a faster rate, thus diminishing your stores more quickly.”13

• Athletic declines: If you’re in the middle of a workout, a 2 percent decrease in body weight through water loss may lead to declines in performance of up to 10 percent, according to Goodson.

• Decreased alertness and increased fatigue: In a 2013 study, 20 healthy women in their mid-20s were deprived of all beverages for 24 hours. While no clinical abnormalities were observed in the biological parameters (urine, blood and saliva), thirst and heart rate did increase and urine output was drastically reduced (and became darker).

As for mood effects, the authors noted, “The significant effects of [fluid deprivation] on mood included decreased alertness and increased sleepiness, fatigue and confusion.”14 Other research has shown that even dehydration levels of just 1 percent may adversely affect cognitive performance.15

• Chills: If you’re feeling chilled for no reason, it could be because you need to take a drink of water. When you’re dehydrated, your body limits blood flow to your skin, which can make you feel cold.

Constipation is another consequence of not drinking enough water, as your body will actually pull water from your stool to compensate for what you’re not taking in. This, in turn, makes your stool drier, harder and difficult to pass. Other symptoms of mild and severe dehydration include:16 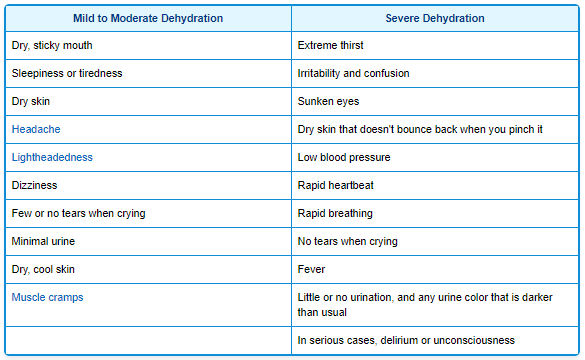 How Much Water Is Enough?

There’s quite a bit of debate about how much water the average person needs to stay healthy. You’ve probably heard the recommendation to drink eight 8-ounce glasses (known as 8×8 for short) of water a day to stay healthy, and it is often stated as scientific fact. However, it’s not quite that simple, as many factors affect how much water your need, from your age and health status to your activity levels and climate.

Further, in a review published in the American Journal of Physiology, Dr. Heinz Valtin of Dartmouth Medical School, could find no scientific basis for the 8×8 rule, which is more aptly described as a myth.17 Valtin also put to rest some myths regarding water consumption, such as that waiting to drink until you’re thirsty is too late, because by then you’re already dehydrated.

As Valtin said, “[T]hirst is so sensitive, quick and accurate that it is hard to imagine that evolutionary development left us with a chronic water deficit that has to be compensated by forcing fluid intake.”18 Ultimately, you needn’t get bogged down with trying to figure out the exact amount of water your body needs or tracking how many glasses you’ve consumed in a day.

There’s no need for that because your body will let you know. Simply using thirst as a guide to how much water you need to drink is a simple way to help ensure your individual needs are met, day-by-day. You can also use the color of your urine as a guide. If it is a deep, dark yellow then you are likely not drinking enough water. A pale straw color or light yellow is typically indicative of adequate hydration.

If your urine is scant or if you haven’t urinated in many hours, that too is an indication that you’re not drinking enough. (Based on the results from a few different studies, a healthy person urinates on average about seven or eight times a day.)

If you know you’re prone to ignoring your thirst and not drinking when your body gives you this sign, then it would make sense to pay more active attention and always take the time to drink some water when you’re thirsty. In infants and children, detecting dehydration can be trickier, but if you see these symptoms you can assume your child is dehydrated and should seek medical help immediately: