Is Cancer Caused By Unbalanced Chromosomes Rather Than Gene Mutations?

In widespread circulation on the worldwide web today (March 7) is investigative reporter Jon Rappoport’s coverage of the work of cancer researcher David Rasnick PhD.  Rasnick proposes cancer does not emanate from accumulated gene mutations as commonly believed but rather from unbalanced chromosomes.  Dr. Rasnick attempts to raise funds to complete his 2nd edition book on this topic (Precarious Balance: What Cancer Really is)

The theory of chromosomal imbalance and cancer may be new to reporter Rappoport, but not to the cancer research world.  One might get the misimpression Dr. Rasnick is the originator of this theory after reading Rappoport’s report and visiting Dr. Rasnick’s website.  The modern chromosomal theory of cancer has been postulated from University of California, Berkeley genetics researcher Peter Duesberg, as explained in his paper entitled CHROMOSOMAL CHAOS AND CANCER, published in Scientific American in 2007.

Duesberg gives credit to German biologist Theodor Boveri who in 1888 first advanced the theory that cancer stems from chromosomal instability.  For the scientific-savvy reader a more technical paper by Dr. Duesberg on this subject was published in 2006. [Contributions in Microbiology 2006] 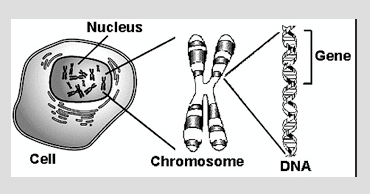 How chromosome imbalance leads to cancer

For background information, living cells divide (mitosis) and produce daughter cells.  This is accomplished in what is called the CELL CYCLE. 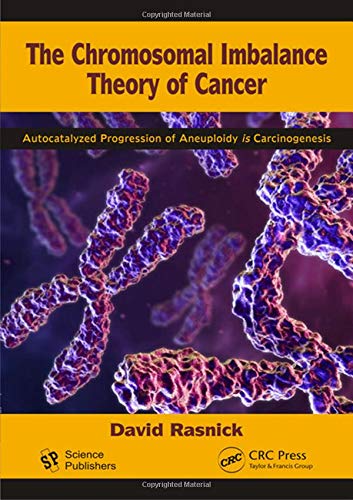 Recognize that some cells don’t rapidly divide and make copies, like brain cells and heart muscle cells (we only make a few new brain and heart muscle cells over a period of many years).  Therefore, there are far fewer tumors in the heart and brain.  If cell turnover were fast in the brain, memory would be erased.  If cell turnover were fast in the heart the muscle would be weak.  Cells in the skin and digestive tract and back of the eyes rapidly renew to repair damage from solar radiation, high temperature (hot foods) and exposure to germs (our foods are not sterile).  Tumors grow fast in the skin and the digestive tract because they have fast cell turnover (renewal) rates.

As daughter cells are produced, there may be errors and too few or too many chromosomes develop.  This is called aneuploidy.  See the two graphic explanations below. 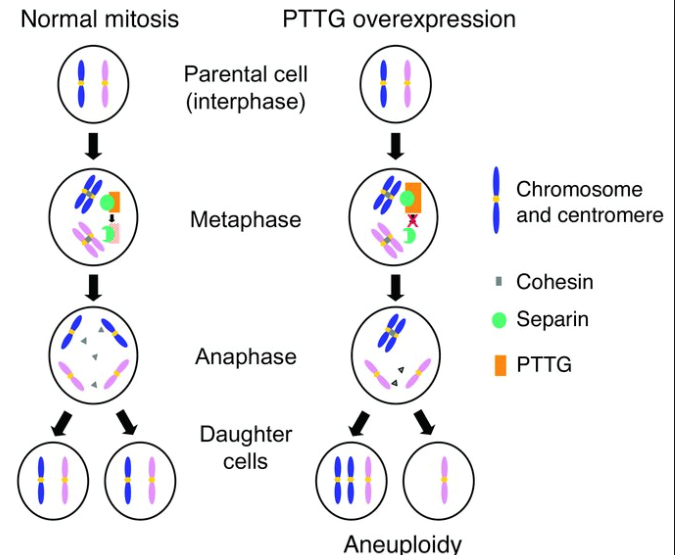 Fertile women who choose to delay having babies until their 30s or 40s produce embryos with more abnormal chromosomes.  So, like cancer, aneuploidy is an age-related phenomenon.

To understand how chromosomes get scrambled and unbalanced, let’s examine the cell cycle.  Visualize the graphic below that shows what is happening at each stage of the cell cycle. 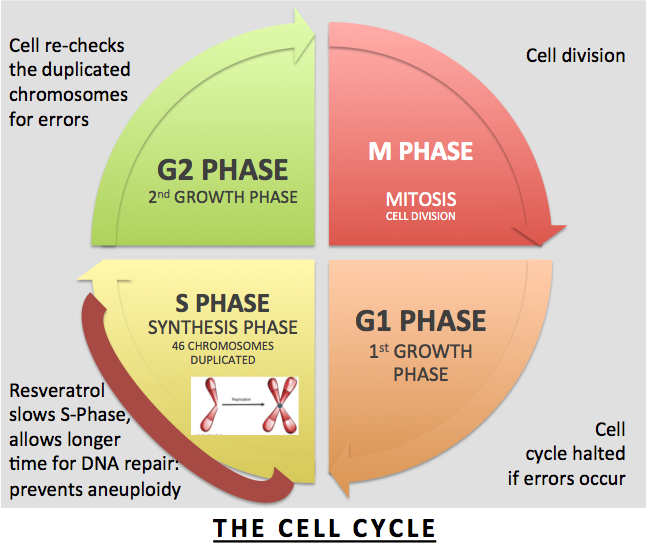 An online video presentation of chromosomes and cancer is available for a better understanding.

The profound effect of resveratrol (rez-vair-a-trol)

Stage cells are in during cell renewal cycle:

Resveratrol does this by interference with enzyme (topoisomerase II-a) activity in cancer cells, thus delaying
S-phase progression.  Resveratrol has been demonstrated to stabilize chromosomes in this manner. [Mutagenesis May 2013]

If the dividing cell is not properly formed, then resveratrol helps induce what is called S-phase arrest and apoptotic cell death (programmed cell death).  In other words, the abnormal cell is nixed. [Clinical Cancer Research March 2002]  Resveratrol may also exert the same cell-killing effect in the G-phase.

Tetraploidy is when there are four complete sets of chromosomes in a single cell.  Tetraploid fetus’ rarely survive and are miscarried.  Tetraploid cells are frequently found in pre-cancerous cells.  Resveratrol is an agent that selectively reduces the fitness of tetraploid cells by slowing down their cell cycle progression and by stimulation of programmed cell death (apoptosis).  Oral resveratrol suppresses accumulation of tetraploid cells in a mouse model of colon cancer, which serves as a striking example of how resveratrol directly prevents cancer. [Proceedings National Academy Sciences Feb 2014]

A recent report entitled “Aneuploidy Police Detect Chromosomal Imbalance Triggering Immune Crackdown!,” says it is “critical for tissues to avoid the accumulation of aneuploid cells (unbalanced chromsomes) derived from spontaneous errors in mitosis or else risk a slippery clope toward oncogenic transformation.” 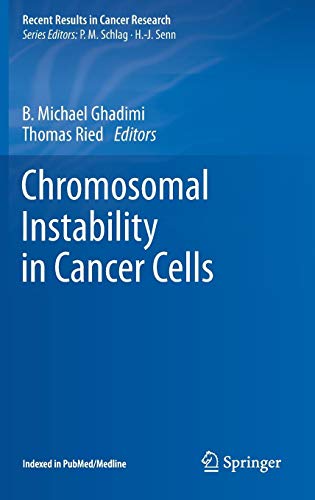 One of the universal properties to cancer cells is that they avoid immune surveillance, that is, they are immortal and resistant to natural die off produced by armies of white blood cells (T-cells, neutrophils, etc.) However, when chromosomal imbalance (aneuploidy) is arrested, tumor cells secrete inflammatory proteins on their surface that are detected by natural killer (NK) cells, a type of white blood cell that tracks down and instills a toxin directly into the tumor cell, without the need to produce antibodies by T-cells, to effect  cancer cell death.  NK cells are the first line of immune defense against malignancy.  Menacingly, NK cells decline with advancing age.

Of acute interest, resveratrol strongly activates NK cells.  Given that resveratrol is widely available without prescription and is not associated with serious side effects, daily consumption of resveratrol either as a stand-alone molecule or incorporated into a multivitamin would plausibly block cancer from occurring in the first place (true prevention) rather than treating it after it is detected, which is the current paradigm.  Injection of just one activated NK cell has been demonstrated via generation of daughter cells to eradicate 5 pounds of tumor cells!

To stabilize chromosomes with resveratrol the right dose is required

A notable fact is that lower-dose resveratrol can induce a strong S-phase delay without killing the cell (apoptotic or necrotic cell death) whereas at high-dose concentration cell death is rapidly induced.  Here is what researchers say about this:

It is hypothesized that the induction of a non-cytotoxic (cell killing) S-phase delay may represent a useful mechanistic strategy for lifespan prolongation and cancer prevention. When cell cycles are selectively slowed down in the S phase, it would cumulatively increase the total lifespan of an organism if the total numbers of cell divisions of a given organism are assumed to remain basically constant. Likewise, when cells proceed through the cell cycles at a reduced pace during DNA replication, it may allow cells more time to repair the damaged DNA, and thereby reduce the chances for mutagenesis and tumor initiation.

Resveratrol at relatively lower concentrations appears to selectively slow down the pace of cell cycle progression by prolonging the S-phase stay, yet without increasing cytotoxicity or cell death. Interestingly, this effect was mostly disappeared when higher concentrations of resveratrol were present.  Based on this observation, we believe this effect may represent a rather general mechanism for some of the unique biological actions (such as lifespan prolongation and cancer prevention) of resveratrol as well as other similar compounds.

Although a number of earlier studies have already reported that resveratrol can induce apoptosis (cell death) in several cell lines, the results of our present study show that the major effect of resveratrol seen at pharmacologically more relevant lower concentrations is the induction of a strong but reversible S-phase delay and a mild DNA synthesis inhibition, yet without the induction of … cell death. [British Journal Pharmacology Sept 2009]

Of further interest, resveratrol (but not mega-dose resveratrol) increases the number and activity of NK cells. 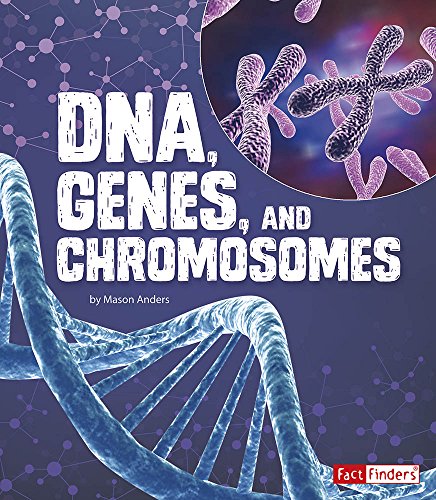 In summary, resveratrol-treated cells linger in the S-phase of their cycle when dividing which gives them more time to repair DNA.  Lower rather than higher doses of resveratrol are superior in this regard.  If cell division has not proceeded correctly, resveratrol induces cell death, thus averting aneuploidy. [Biochemical & Biophysical Research Communications Jan 1999]

The late Dipak K. Das reported that low-dose resveratrol (175-350 mg human equivalent dose) “can be very useful in maintaining the human health whereas at higher dose, resveratrol has pro-apoptotic (cell killing) actions on healthy cells.”  When resveratrol was complexed with other similar molecules (quercetin, rice bran IP6) it exerted an even greater effect at a far lower (human equivalent 100 milligram dose).

So why aren’t Drs. Duesberg, Rasnick or any of the other so-called renowned cancer researchers speaking out about resveratrol?  Go ask most any oncologist if they know that resveratrol prolongs the S-Phase of the cell cycle and therefore prevents aneuploidy?  You would be speaking over their head.  Is there any anti-cancer drug that does the same thing?  Not to this reporter’s knowledge.  Resveratrol even overcomes cancer treatment resistance.

Oncology, cardiology and ophthalmology are giving resveratrol the silent treatment.  Patients haven’t the gumption to use resveratrol without their doctor’s blessing.  So the miracle of resveratrol is kept in the research closet, never to become applied science in the clinic.  Resveratrol is only for fools or the brave.