Writing on the Wall

Publisher’s Note: This classic Sobran column was written eight years before the fall of the Berlin Wall.

The National Review Years, September 4, 1981 — Two decades ago the Berlin Wall went up nearly overnight, the most brutally unequivocal symbol of the division between our awed civilization and the clumsy barbarism that threatens it. In August the occasion was commemorated by two major American publications.

Life did itself proud, with an astonishing 17 full pages of color photos of the 4,500-mile border of the Socialist Bloc, at every point of which soldiers stand ready to kill those who flee. If there is any political fact in this world from which it should be possible to take your moral bearings, this is it. The armed border most vividly exemplified by the Wall means that the hundreds of millions of people within are quite simply slaves, property of the states that confine them. If you haven’t seen Life’s pictures yet, do. Meanwhile, I can’t do better than to quote Jed Horne’s accompanying text:

“It’s not the first time a great power has tried to secure the margins of empire behind bulwarks of metal and stone. But the Iron Curtain is in one fundamental sense unprecedented. The Great Wall of China, Hadrian’s Wall built by the Romans across the north of England — every other fortification of comparable scale has been a barricade thrown up against the threat of invasion. Unique in history, the Iron Curtain is predicated on the need to keep subject peoples penned in. After a few early modifications and continued remodeling over the years, it has become a remarkably effective prison.”

With calm eloquence and perfect historical and moral perspective, Horne has said, in a paragraph, the essential truth about a subject the major media have contrived to evade ever since the mid-Sixties. It is almost startling to encounter such sanity in a popular magazine. Like many painful topics, the real mechanics of Communist oppression have been surrounded by taboo and euphemism. 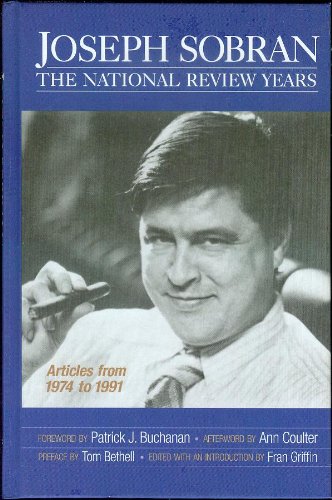 Consider the way the same anniversary was handled in the Washington Post. In its Sunday Outlook section, the Post chose to turn the subject over to a veteran correspondent named Dick Rosse, who simply sneered the whole thing away. In a long, rambling memoir of his own Berlin experiences at the time, Rosse stepped around the central issue as if it had been a land mine, scoffing instead at American officials who spoke of (in his phrase) “U.S. determination, etc.”

Rosse recalled with special affection Alfred Hitchcock, who, at a press conference, made light of the Wall — a bit of “irreverence” Rosse found “refreshing,” in contrast to the “solemnity” with which our diplomats and politicians treated the whole business.

“Actually,” he wrote, “all of us newspeople profited from the wall. Both in terms of money and career advancement.” Many people turned the Wall into “a merchandisable commodity.” “Our daily lives changed little during the crisis … There was plenty of boozing and sleeping around ….” After a general account of the merry cynicism that prevailed, Rosse more or less concluded that this had been the right attitude: “Those of us who were there on Potsdamer Strasse in August of 1961 will not lift a glass to join in East Berlin’s celebration. But we might retire quietly for a solitary glass of wine and recall some memories that weren’t all that unpleasant.”

Not that Rosse was wholly cynical. About our side, yes. But not about the other side. He explained, for the benefit of those who might have missed Walter Ulbricht’s pronouncements at the time, that “the rationale for the wall was entirely defensive.” Irony here, you think? Not at all. “East Germany was hemorrhaging,” you see. The refugees included “irreplaceable” engineers, doctors, workers, and farmers whom “the East Germans” — not, mind you, the Communist regime, but “the East Germans” — “desperately needed.” The “press lord” Axel Springer — not the publisher Axel Springer — urged people to defect, while “more responsible voices” urged them “to stay on the farm and the hospital and the classrooms.”

We have been endlessly reminded that with the death of the Washington Star, which ceased publication the weekend Rosse’s article appeared, the capital of the Free World has become a one – newspaper town. This became a cliché so fast that I didn’t give it much thought.

But it is sobering that the Free World’s capital’s single newspaper — one of the two or three leading newspapers in the nation, the one most of our federal officials read every morning — sees fit to mark the anniversary of the Berlin Wall with a flippant defense of the Wall. Rosse and the Post are no doubt entitled to attitudinize lightly about American of officialdom. But to turn this sort of urbaner-than-thou “irreverence” toward official rhetoric into a total derogation of the freedom of East Germans, penned inside a huge political prison — that’s different. That’s serious — no matter how bantering the tone, how glancing the apology for the men who keep the prison.

In fact it would be a big improvement if the Rosses of the Free World had the gumption to defend the Wall as honestly as Jed Horne attacks it. But how could they? The essence of their decadence lies in their preference for evasion and innuendo. Such are our “more responsible voices.”

Previous article by Joseph Sobran: The Incomparable One