Smile, the Future is Coming

I’m sure there will be some shocking events in 2018, but I have no idea what they will be.  There are too many wildcards in the mix, with one big one taking center stage: States.

The civilized world, such as it was, took a nosedive after the Sarajevo assassinations in 1914 ignited the political tinderbox in Europe.   To pay for the massive slaughter that followed, states abandoned gold and turned to inflationary finance and borrowing, in addition to heavy taxation. Very importantly, as Rothbard notes, World War I also served as the excuse for

a “war collectivism,” a totally planned economy run largely by big-business interests through the instrumentality of the central government, which served as the model, the precedent, and the inspiration for state-corporate capitalism for the remainder of the 20th century.

For the big shots running things, the war required issuing outrageous lies, suppressing dissent, and everything else except actual combat.  The nightmare of trench fighting they forced upon American men.  “You die over there while we get richer over here,” Wilson and his gang were in effect saying to the conscripts, while peddling “Liberty” Bonds.   Yet, as humanitarian episodes throughout the war made eminently clear, especially the Christmas Truce of 1914, the soldiers were mostly eager to fraternize not kill one another.  Ironically, they might’ve written war’s last chapter had they refused orders to continue the killing, thereby fulfilling the prophecy of H. G. Wells that it would be “the war that will end war.”

But when peace stands in the way of big profits, the banker/state alliance usually wins.  Quoting Ferdinand Lundberg from America’s Sixty Families, G. Edward Griffin writes in his masterpiece, The Creature from Jekyll Island, that

the total wartime expenditure of the United States government from April 6, 1917, to October 31, 1919, when the last contingent of troops returned from Europe, was $35,413,000, 000. Net corporation profits for the period January 1, 1916, to July, 1921, when wartime industrial activity was finally liquidated, were $38,000,000,000, or approximately the amount of the war expenditures. More than two-thirds of these corporation profits were taken by precisely those enterprises which the Pujo Committee had found to be under the control of the “Money Trust.” [ A handful of Wall Street banks, primarily those in the Morgan ambit]

The point of bringing all this up is that states are powerful organizations that sell their services (various forms of coercion) to the highest bidders.  If the price is right laws will be passed, relaxed, or ignored.  If a war is needed to get the public behind some scheme, a Lusitania will sink, a Twin Tower will collapse, with some targeted enemy taking the blame.

Rothbard had it right — states are criminal gangs writ large.

There are times when I picture the state as analogous to the loose cannon that broke free from its fastenings and menaced the lives of the warship crew in Victor Hugo’s novel, Ninety-three.  The crew at least recognized the threat of a ten thousand pound cannon on the loose that “leaps like a panther, has the weight of an elephant, the agility of a mouse,” whose “terrible vitality is fed by the ship, the waves, the wind. . .”  I can’t imagine a crew feeling reverence for such a monster.

None of us feel comfortable without some idea of what lies ahead, so allow me to offer a few projections that require no crystal ball to make.  I can predict with a high degree of confidence that:

1.  Most people will not take any interest in the origin and nature of money.

2.  Most people will not seek to understand the role of money in a market economy. 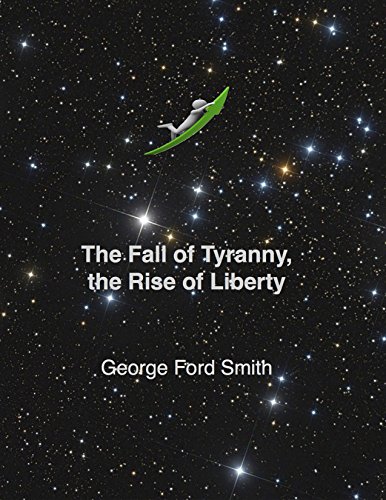 3.  Most people will not take any interest in central banking or the American state’s central bank, the Federal Reserve.

4.  If questioned, most people will agree with the “experts” that a central bank is absolutely necessary to manage the economy, otherwise we would fall prey to financial crises or depressions.

5.  Most people will continue to believe rising prices are a natural outcome of a market economy, with the puzzling exception of digital gadgets.

6.  Most people will continue to believe economic and foreign interventionism is a Good Thing, if executed by politicians of their preferred political party.

7.  Most people will continue to believe in government-provided free lunches.

8.  Most people will continue to believe in the government’s number one free lunch, public education, which like all government free lunches needs more funding.

9.  Most people will continue to believe that victims of U.S. invasions hate us for our freedoms.

10.  Most people will continue to believe we need the state, however corrupt and burdensome, because otherwise we would have chaos and the strong would dominate the weak.

And finally, I remain optimistic about the future of the world, and so should you.  Why?  The coming government default and the exponential pace of technology.  It will be a seemingly autonomous process of shifting power from the state to the individual, and it’s already well underway.  For a detailed discussion, see my little book, The Fall of Tyranny, the Rise of Liberty.

The War on DrugsThe Hidden Code