Every week two or three freighters disappear around the world – it’s thought they could be claimed by huge “rogue waves” capable of breaking an ocean-going tanker in half. Sputnik spoke to author Jo Keeling, who has been researching them for a new book.

Shipbuilders use a linear model to build ships and it explains how waves work, Ms. Keeling told Sputnik. The model, however, says rogue waves are impossible and don’t exist.

“There are no ships currently built to withstand these waves, because we have only just started to realize rogue waves exist. They are built to withstand a different type of sea. It’s the biggest secret of the shipping industry, two freighters goes missing every week — which is not to say rogue waves are responsible. It could have been many other things. But ships go missing and we don’t always hear about them in the mainstream press,” Ms. Keeling told Sputnik. 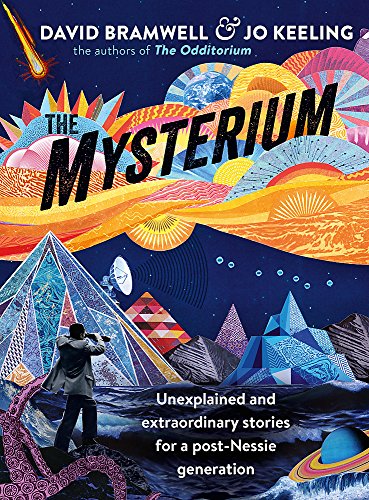 Because they exist in the deepest oceans and rarely trouble the majority of the world’s population — they largely go unreported, says Jo Keeling, who has researched them for a new book, The Mysterium.

What Is a Rogue Wave?

They are a wave more than double the significant wave height.

“So say you are going into a really rough sea with 12 meter high waves, the chances are most waves will be about that height. But these are singular, one-off waves which are more than double that and often three times that size,” Ms. Keeling explained.

Airplane launches off of aircraft carrier and straight into a rogue wave pic.twitter.com/wTZnWij689

“So you’d be in this rough sea in a vessel which is designed to cope with that and there’s a wall of water which is 30 meters high. But the other problem is they will steal the energy from the two waves on either side so they will leave a huge trough. So these freighters will fall into that trough and then have a huge wave break across it. And they’re steeper than normal waves. So all of these things make them a lot more damaging,” she told Sputnik.

The earliest known reports of ‘rogue waves’ were in the 13th century but it was not until 1995 scientists recorded one for the first time, she added.

Columbus and ‘The Mouth of the Serpent’

“Columbus recounted them in 1492. He named one particular channel in the ocean, near Trinidad, The Mouth of the Serpent because it was home to these monstrous, huge waves. He described the wave higher than the ship’s mast which hoisted the entire fleet onto its crest and dropped them into a deep trough,” Ms. Keeling told Sputnik.

The phenomena was recorded for the first time New Year’s Day 1995, when a wave 25.6 meters high was identified by the Draupner gas platform in the North Sea.

“Science doesn”t really take note until they have recorded it, which is really interesting. Since then they”ve been recording them more and more. I spoke to someone the other day who deals with satellite imagery and he said they see these many times a day from space, waves 30 feet high, and they are happening all around the world,” Ms. Keeling told Sputnik.

Earlier this year Yachting World published a special report into the phenomena, which included dozens of recollections from sailors.

Rogue waves – real-life stories of the destructive power of the #sea https://t.co/P8nrJaWxX3 via @yachtingworld #sailing

‘No Ship Is Built to Withstand Rogue Waves’

But Ms. Keeling said the real problem was no ship had been designed capable of withstanding the impact of a rogue wave.

“They could have the force of 100 tons per square meter, whereas the strongest ships we have built can withstand 15 tons without damage or 30 tons with damage, whereas 100 tons could rip it into and they have done. There are pictures out there of ships with big bites taking out of them and then of course there are ships which have gone under. So it’s a very real and a very dangerous phenomenon,” Ms. Keeling told Sputnik.

She said rogue waves could explain a number of shipping mysteries, including the MV Derbyshire, a British-flagged ocean-going bulk carrier which sank off the coast of Japan in 1980, with the loss of 42 crewmen and two of their wives.

The ship, which had been built in Britain only four years earlier, was the largest British vessel ever to sink and its demise has long been a mystery.

The Royal Institute of Naval Architects, in London, were unavailable for comment.