At age 18, Theo volunteered for the Marines and was sent to Vietnam. Based near the demilitarized zone, he saw much fighting and lost most of his left arm in 1968. Post war, Theo learned karate, opened a dojo, married, fathered three children, got his college degree and became a high school teacher. The Philly native settled in Lafayette, Louisiana.

Yesterday, Theo was in sub-freezing Philly to see his two sons, other relatives and many old friends. Around noon, he dropped into Friendly Lounge to meet his cousin, Felix, and me. I thought we would just chatter over a few Yuenglings, but Theo insisted on lunch, his treat, at the rather fancy Anastasi, a seafood eatery down the street.

Soon after we were seated, Theo showed me a newspaper clipping on his smart phone, “This is what happened exactly 50 years ago.” The article’s title, “48 Marines Killed, 81 Wounded by Reds in Battle for Village.”

“Wow, man, and that’s just one battle. Nothing like this happened in Iraq.”

“But it was never that high, not 48 Marines in one day.” Later, I checked to find out that the deadliest day for Americans in Iraq ended with 37 deaths, with 30 from a helicopter crash.

“Yeah, you’re right. In Vietnam, we fought in closer proximity. In Afghanistan and Iraq, they fought from a greater distance.”

At age 69, Theo appeared at least a decade younger, with no beer belly or bad posture, and his demeanor was calm, his words measured. At the table were also his two sons, Aaron and another whose name escapes me, for he was so silent and inconspicuous. Both were in their 30’s.

Scanning the unfamiliar menu, I saw that pan seared dry scallops were $27, pasta with clams, mussels, shrimp, lump crab in a marinara sauce was $22, but the shrimp platter with fries and slaw was only twelve bucks, so I chose that.

A year and a half ago, I interviewed Tony the cook, who worked at Anastasi. Six months later, Tony got fired for allegedly stealing while working Anastasi’s parking lot. The security camera kept catching Tony turning his back as he counted the Federal Reserve notes. To keep Tony from starving, many of us at Friendly then lent or gave money to the scrawny, hard drinking and lottery ticket addicted man. I chipped in $40, a sort of belated payment for his being so generous with his life’s details. Stories nourish. Neglecting to pay his gas bill, Tony’s apartment, whom he shared with his sister, was also freezing. The cranky, aging lady’s a bipolar, pot puffing and wine swilling waitress who’s probably fired by now. Skipping out on all his debts, Tony then went home to Bucks County, only to die, I just found out yesterday. Tony, “I’ve been with a lot of women. I love women. I’ve been with 138, and I’m working on 139. Any day now. I ain’t dead yet.” He was 56.

Depending on how smug or sheltered you are, Tony is either a freakish outlier or quite typical of our despairing working class. Underpaid, overworked and forced to compete with an endless supply of immigrants, legal and illegal, they’re increasingly blighted by every social pathology. Whenever they complain about anything, they’re jeered by our condescending media as being reactionary, racist or just plain losers who are more than deserving of their dismal lot. For 2017, drug overdose deaths in Philly are around 1,200, up from 900 of just last year. Nationwide, the 2016 drug body count was 65,000, more than all the American deaths from the Vietnam War. Is Fentanyl from China a payback, with interest, for the opium trade of the 18th and 19th centuries?

Theo went to Vietnam because he believed in fighting Communism. Aaron, however, believes his father was definitely on the wrong side of history. Capitalism is imploding, he’s convinced, because it is inherently unjust, and China is the future. Unlike Western countries, China doesn’t exploit lesser countries but help to develop them, through respectful cooperation.

“China is about China,” I added.

Aaron, “Unlike the US, with its many wars and bases all over, China has never invaded anybody.”

“Actually, China has invaded and absorbed quite a few nations,” I said. “There are many nationalities within China.”

“Even Vietnam has invaded and absorbed other nations. Everybody does this. And Vietnam’s eternal fear is to be absorbed by China. If you go to Vietnam, you won’t hear Vietnamese talk badly about Japan, France or the United States, all of whom has caused a lot of suffering there, but China is different, because China is right there! My cousin is half Chinese, but you should hear this woman. She’s insanely anti-China!”

A successful Saigon businesswoman who’s fluent in Mandarin and Cantonese, with several trips to China, Lan has raged to me about Chinese invading Nha Trang and Da Nang, Chinese clothes with toxins or even leeches, and Chinese noodles and rice made of plastic. The Chinese are trying to kill the Vietnamese, Lan is convinced, and to show how barbaric they are, she told me about Chinese eating fetuses.

Aaron, “I think Vietnam should learn how to cooperate with China, and not lean on the US in any way.”

“Vietnam is working with China, and emulating it, but it also doesn’t trust China. That’s why it’s working militarily with the US, and buying American weapons.”

“I think that’s a big mistake.”

Just by offering an alternative to Western styled capitalism, China is already giving hope to the rest of the world, the young man insisted. China is the future. Tall, clean shaven and square jawed, Aaron never smiled and was often irritated. Earnestly proselytizing, he spoke of “objective economic realities that cannot be debated.”

“So what do you think will happen to the United States?”

“It can’t go on like this. A revolution must happen.”

“How can this be put in motion?”

“The working class needs to be educated to overthrow capital.”

“But what’s the first step?” 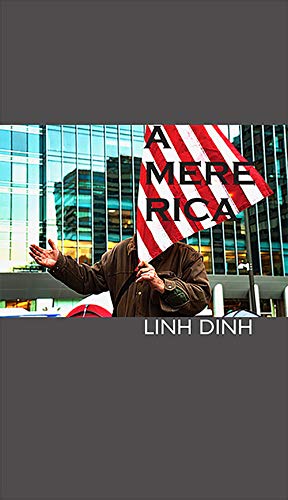 Aaron was suddenly speechless. I prodded, “Do you envision this revolution happening in ten years?”

“Do you see the US as staying in one piece?”

“I support self-determination for everyone, including the first nations. If the Navajos want to establish their own country, I’ll back that.”

“But how will you break up, say, Tucson, Arizona?” I half grinned, as did Theo.

Aaron, “If the people of the Southwest want to form their own country, join Mexico or stay within the US, I will support it, as long as it’s done democratically.”

Theo, “Hey, why don’t you eat your food! You’ve been talking so much, you haven’t even touched your sandwich!”

Way overpopulated, China has been exporting people and importing jobs for decades, while the US did the exact opposite. Chinese immigrants send money home and open new markets for Chinese goods, so it’s great, from China’s perspective, that Chinese are flooding into the Russian Far East, Europe, North America and Africa, although many have decamped from the last for greener pastures. No traffic is going in the other direction, mind you, for China has the lowest percentage of immigrants in the entire world.

It has been pointed out that China can accomplish much because it’s not bogged down by bipartisan politics, unlike the US, but the real reason is that the Chinese leadership still has a nation first mentality. They’re protective of Chinese identity and values, and feel, in a Confucian sense, that they can only justify their hold on power by doing what’s best for the Chinese nation. They’re nationalists, in short. Moreover, China doesn’t send its sons to die for a foreign power and/or arms manufacturers, and the Chinese media don’t mock and corrupt ordinary Chinese.

In the US, nationalism is reduced to waving the flag and mindless support for the troops, wherever they’re sent, on whatever pretext. As for the college indoctrinated, nationalism is just a shameful concept. Within such a context, it’s no wonder this nation is deformed, drugged and dying.