How Can You Tell if Eggs Have Expired?

The date typed on store-bought food containers often refers to either a “sell by” or expiration date. However, if the food in question happens to be eggs, and you throw them out based on the assumption they’re no good past that date, you’re likely pitching perfectly good eggs. With a little experience, you can hone your skills at determining by sight and smell whether or not foods such as meats, vegetables and herbs are still fresh and healthy to eat as opposed to past their prime.

With eggs, though, it’s a little more challenging. The date on egg cartons is often a tactic food manufacturers use to get you to buy them more often, so knowing how to test your eggs at home to determine their freshness save you quite a bit of money. The Food Product Dating section of the U.S. Department of Agriculture (USDA) says state-by-state egg laws may prohibit “sell by” dates, and adds:

“Many eggs reach stores only a few days after the hen lays them. Egg cartons with the USDA grade shield on them must display the ‘pack date’ (the day that the eggs were washed, graded and placed in the carton). This number is a three-digit code that represents the consecutive day of the year starting with January 1 as 001 and ending with December 31 as 365.  When a ‘sell-by’ date appears on a carton bearing the USDA grade shield, the code date may not exceed 30 days from the date of pack.”1

To clarify, the date on cartons indicates when eggs were laid, not the date you bought them. You might be surprised to find that eggs you may have assumed by carton dates to be “expired” are more often than not still perfectly good to eat.

Assess Your Eggs With a Float Test 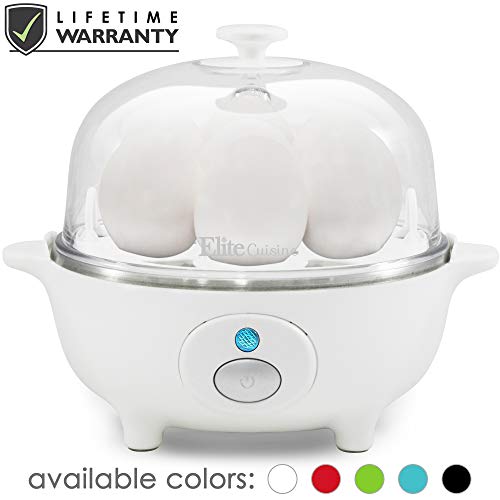 The float test for egg freshness is very simple: Simply place your raw eggs into a bowl of cold water and watch what happens. Here’s what the eggs will tell you:

According to Food Hacks: “To give you an idea of (how) old an egg actually is, look at the ‘packed by’ dates on the carton, which are in Julian date form by the ‘sell by’ dates. Julian dates range from 1 to 365 days, and since most companies pack their eggs shortly after they’re laid, it’s a good indicator.”2

Giving eggs the float test for freshness works because eggshells are porous, meaning a tiny bit of air can get through, so fresh eggs, which have more air in them, sink to the bottom of the bowl. But there’s a little more to that story. What’s Cooking America explains further:  “Eggs that tilt so that the large end is up are older, and eggs that float are rotten. The tilting is caused by air pockets in the eggs that increase in size over time as fluid evaporates through the porous shell and oxygen and gases filter in.”3

Other Ways to Test Eggs’ Freshness

While some will tell you that holding a raw egg up to your ear and shaking it will reveal whether or not it’s fresh (as a sloshing noise may mean it’s no good), that’s probably an unreliable method. Many egg producers recommend a technique called “candling,” which the University of Illinois Extension Incubation and Embryology explains:

“Eggs are candled to determine the condition of the air cell, yolk and white. Candling detects bloody whites, blood spots or meat spots, and enables observation of germ development. Candling is done in a darkened room with the egg held before a light. The light penetrates the egg and makes it possible to observe the inside of the egg.”4

To reiterate, candling is simply shining a bright light — a flashlight will work just fine — next to an egg to observe its contents. It can also detect spoilage, which would necessitate removing it immediately to ensure it doesn’t explode and contaminate other eggs. Experienced candlers in egg hatcheries can ensure the proper development of an egg before it produces a chick.

Fresh eggs have a tiny amount of air space and a barely visible yolk. An older but still good egg has a larger air space and slightly darker yolk. It’s nearly bad when the yolk is much darker and spotty, with slight striations through the entire egg. In spoiled eggs, the yolk is mixed in with the white and is no longer round.

Another simple DIY candling system described by 104 Homestead5 involves a solid-color wastebasket with a bright light inside it. Over the top, place a piece of cardboard with a hole cut into the middle (smaller than an egg). When an egg is placed over the hole and the light, it becomes somewhat translucent.

The ‘Plate and Sniff’ Test

As fragile as they are, some eggs can crack slightly, and you may not know how long it’s been that way or if it might be spoiled. One way to tell is to break the (slightly) cracked eggshell onto a plate. Fresh eggs contain a rounded, bright yellow egg yolk and the white part stays firm and fairly contained without spreading much.

Older eggs have a flatter yolk and the white, known as the albumen, is quite a bit more fluid, so it spreads more. That detail is a hint to why older eggs are better to use when hard-boiling eggs; the shell is easier to remove because the membrane separates from the eggshell easier. If you can’t tell by looking at it, a good sniff will reveal its freshness as fresh eggs don’t smell much like anything. Eggs on the not-so-good side may be detectable right away, and a spoiled egg may have you holding your breath.

What Makes Differences in Egg Color?

So, what makes some raw eggshells brown, white or even greenish? The difference between brown and white eggs, as the featured video explains, is simply a matter of the color of the hen laying them. White eggs are generally laid by white hens. Brown eggs are most often laid by red, brown or otherwise dark-feathered hens.

Here’s another little-known fact: Look at the hen’s earlobes. That, too, helps indicate the color the eggs will be. White earlobes on a chicken usually indicate white eggs; red earlobes usually indicate you’ll get brown eggs. That said, not all brown chickens produce brown eggs.

According to Michigan State University’s Extension site6, all eggs start out being white. Eggs that are something other than white (on the outside) have pigments deposited on them as they travel through the hen’s oviduct, which takes approximately 26 hours, and the shell takes about 20 hours to form completely.

Ameraucana chicken eggs have the pigment oocyanin deposited on them as they travel through the oviduct, which permeates the eggshell and results in a blue egg. Brown eggs have had the pigment protoporphyrin deposited on them as their shells were formed, so only the surface of the egg is tinted. In Olive Egger chickens, a brown pigment overlays a blue eggshell, which produces a green egg.

In addition, hens that produce brown eggs are often larger than the white hens that lay white eggs. Dark-feathered chickens often produce larger eggs simply because they tend to eat more, especially when compared to chickens of any color raised in CAFOs, or concentrated animal feeding operations.

Many people who run home-grown egg-producing operations choose darker-feathered chickens for their backyard flocks because they reflect the “heritage” or “heirloom” breeds your ancestors may have raised. They’re also fed what CAFO chickens are not: a natural diet of green plants, seeds, insects and worms.

What Factors Influence the Nutritional Value of Eggs?

It’s generally not the color of the chicken that determines whether or not its eggs will be nutritious, but the way the chicken is raised. You may have noticed that the cheaper the egg, the more anemic-looking the yolk is and the thinner the shell. It’s not surprising that the eggs of free-range pastured chickens have much darker yolks and the eggs have a richer, more delicious taste. The cheapest eggs to buy are usually white, and white chickens are cheaper to feed when they’re raised in CAFOs, which:

Sadly, package labeling does little to help consumers buy the most nutritious eggs. In fact, packages may use phrases like “pasture-raised,” “free-range” and “cage-free,” but be aware that current laws allow these terms even if the chickens never saw the light of day or stepped foot in a pasture. If you can find a local store offering high-quality, pastured, local eggs, even if you have to pay a little more or drive a little further, it’s worth it.

You’ll get more nutrition from pastured eggs and avoid the residual effects of undesirable substances CAFOs typically use to increase production. While growth hormones are banned in U.S.-based chicken operations, specially formulated feeds and pharmaceuticals bulk up fast production along with the chickens.

There still may be doctors out there telling you to avoid eating eggs, maintaining they contain dangerous cholesterol that may increase your risk for heart disease. It’s based on the faulty premise that fat is bad for you, but it depends on the type of fat. Healthy fat from eggs (as well as olive and coconut oil, almonds and avocados, for instance) is actually essential for health. In addition, healthy egg nutrients include lecithin, folate and vitamins A, D, B2, B6, B12 and K, which are important and powerful antioxidants.

Eggs are versatile, tasty and healthier for you by far than if you cut them out of your diet. Studies show that rather than causing high cholesterol, eggs actually help maintain normal levels.

Arguments between individuals who didn’t understand that egg whites and their accompanying yolks were meant to be eaten together have focused on eating the whites only because the yolks (supposedly) can raise your cholesterol, or to eat the yolks only because the whites (supposedly) offer negligible nutritional value. A good explanation comes from Time, which states:

“Scientific research has vindicated dietary cholesterol, finding that eating cholesterol has no real impact on cholesterol metabolism. That is, eating foods high in cholesterol does not mean you’ll develop high cholesterol … Egg yolks contain a vibrant mix of saturated and unsaturated fat — another nutrient that, when it comes from a healthy whole food source, is unfairly slandered. Yolks have a good helping of vitamin E, one of the nutrients Americans eat too little of.

But the real case for egg yolks can be made by their abundance of carotenoids, nutrients in plants and animal fats that give things like egg yolks (and even autumn leaves) their yellow color. Egg yolks are rich in the carotenoids lutein and zeaxanthin, which help eye health and protect against inflammation.”7

Numerous and Novel Ways to Use Eggshells

You can even gain valuable health benefits from the eggshell. The Secret Yumiverse8 lists a number of great ideas, from powdering baked and bacteria-free eggshells in a food processor to add to foods for increased calcium intake, to:

Previous article by Dr. Joseph Mercola: The Fast-Track To Addiction, Murder, and Suicide

The Case Against Iraqing Iran Does Your Pick-Up Truck Get Horrible Mileage?