What I Learned at “Racial Justice” Re-indoctrination Camp

Several months ago the president of Loyola University Maryland, Brian Linnane, announced to the faculty that he had been thinking a lot about the Baltimore riots that took place two years earlier.  (The riots, you may recall, were a response to the death of a local black drug gangster while in a police van after he had been arrested.  All of the police involved, most of whom were black, were eventually acquitted at trial.  The rioters looted the CVS pharmacies in town, emptying them of oxycodone and other painkillers, then burned them to the ground along with police cars, private homes, and public buildings. The former mayor of Baltimore publicly referred to the rioters as “our children” and instructed the police to stand down and “give them their space” to loot, vandalize, and burn down parts of her city).

In response to all of this the college president decided that what is needed to reduce the likelihood of such events in the future is to put the affluent, mostly white, Loyola University Maryland faculty through a round of cultural Marxist “racial justice” training.  Such language reminded me of Chinese and Vietnamese communist “re-indoctrination camps” where attendees were pressured/coerced into becoming good little obedient communists.  So, naturally, I had to attend to see what it was all about.

What I learned is that all the problems of the 65 percent black population in Baltimore city (one of the highest murder rates in the world, poverty, horrible government schools, criminal gangs randomly attacking tourists at the Inner Harbor, street crime run amok, “no-go zones” where even the police won’t go for fear of being shot at, etc.) are caused by “white privilege.”  The lowliest, indigent, white redneck who lives in a rusted-out old school bus down by the river in Tennessee is “privileged,” by definition, whereas the children of

multimillionaire Barack Obama or multimillionaire Tiger Woods are not privileged.  In fact, since they are black they are, by definition, “oppressed” by the white redneck who lives in the rusted-out old school bus down by the river.

A close second in terms of the causes of Baltimore’s problems, I learned, was the bigotry of white men who died fifty years ago or longer.  We were shown parts of a video documentary about “the history of racism” up to the 1950s and were told that little or no progress has been made in Baltimore’s black community because of this permanently-debilitating history.  This is why “things never seem to change in the city,” I was told by one of the presenters.  No mention was made of the fact that, just a few miles down the road in Columbia, Maryland one will find some of the most affluent black professionals in the world who share this same history.  What they don’t share is being ruled by the extreme leftist Baltimore city government for the past half century with their corrupt police and courts that refuse to imprison violent criminals, their extortionate taxes, lavish welfare handouts, and a completely dysfunctional school system ruined by teachers’ unions.

I also learned that only white people can be racists or commit racist acts.  This is because the cultural Marxists have redefined racism to mean an act of discrimination plus “power,” and only white heterosexual males can wield this “power.”  Several of my faculty colleagues sheepishly questioned this obviously bogus idea, based on their life experiences, but got no response from the presenters.

I asked the presenters the following hypothetical:  If the Congressional Black Caucus got a law passed that funded “minority scholarships” for black students and advertised that white people need not apply (we do have such programs), would that be discriminatory?  I did not get a yes or no answer, but another mini lecture about white privilege.

Of course, only a moron would believe that only white people can be racists.  All the “racial justice” presenters would have to do to learn this would be to listen to some of the harsh racist language on several of the black-owned radio stations in Maryland.  That does not fit with the virtual reality they have invented for themselves, so there is no chance of that happening.

Although the supposed purpose of all of this was to address the root causes of the problems of crime, poverty, and lack of education that plague Baltimore, the work ethic-destroying and family-destroying effects of the welfare state were studiously ignored and not mentioned at all as possible problems.  Nor was the awful, corrupt, teachers’ union-controlled government school monopoly, the extortionate property taxes that have driven tens of thousands from the city, the squalor and crime in the government housing projects, all the crime caused by the government’s war on drugs, and myriad other government policies and interventions that have been shown by social 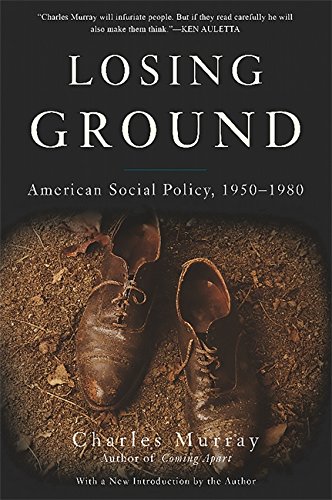 scientists for decades to be the real causes of “urban decay” (See Losing Ground by Charles Murray).

In fact, the seminar ended with a power point presentation that recommended that what “people of color” really need is “more resources,” which is the usual leftist code language for more welfare, more money down the rat hole of the government school monopoly, more taxes, and more bureaucracy.   This is always espoused as though it is a brand new idea that has never been tried before.  This of course is the point of white privilege seminars – to censor out all discussion of how “the legacy of liberalism and interventionism” is the real problem with cities like Baltimore, not the legacy of slavery and discrimination.

On the same day as the racial justice seminar the front page of the Baltimore Sun and the chatter on local talk radio included a discussion of how, on Halloween night, a gang of inner-city “youth” armed with baseball bats and wooden planks went around the city bludgeoning people and stealing their wallets and cellphones.  This was two weeks after a family of ten tourists from New Jersey was attacked at the Inner Harbor by a gang of “youths” who punched every one of them in the face, including the 80-year-old grandmother, knocked them to the ground, kicked them, robbed them, and then disappeared.  Now that I have been re-educated I understand that this was merely the latest manifestation of white privilege in Baltimore.