It’s natural to wonder how we became the person we are and where, or when, our insecurities and fears first took root. More often than not, we turn to our childhood for answers and try to determine when certain seeds were planted that inspired doubt or hesitancy in our personalities. As we grow older, we come to better understand our childhood environment as we get to better know ourselves and our family relationships. We may come to realize that certain habits of our parents marked on our home and shaped how we handle the world today. Simply put, how you were raised directly impacts the person you become, whether you recognize it or not.

Some new parents may harbour fears about this very fact. In some cases, they don’t want to be like their own parents, but they also don’t want to spoil their child. New parents seek all forms of alternatives, all forms of raising a child in the best possible way they can, and when it comes to punishment in particular, there are plenty of schools of thought. You may say to yourself that you were hit as a child and turned out fine, but that was your norm, and it’s difficult to pin down just how it affected you. Research suggests this kind of punishment does leave a mark, however.

The late Dr. Murray Straus dedicated his life to better understanding the negative effects that corporal punishment has on the psyche of a child and how it can affect them as an adult. Having authored hundreds of scholarly papers and 15 books, including Behind Closed Doors and Beating the Devil Out of Them, he is an internationally recognized sociologist and founded the very field of family violence research. Dr. Straus was the co-director of the Family Research Laboratory and a professor of sociology at the University of New Hampshire. 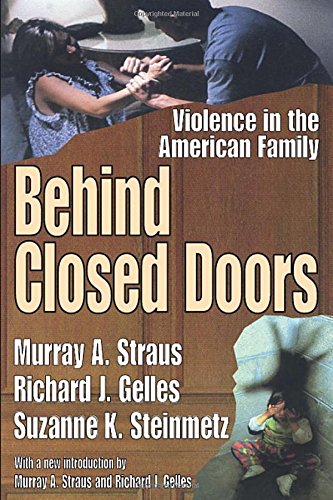 A relatively new study by Straus explores the link between spanking and IQ. Supported by the University of New Hampshire and presented by Straus, along with Mallie Paschall, a senior research scientist at the Pacific Institute for Research and Evaluation, to the International Conference on Violence, Abuse and Trauma in 2009, it reveals a troubling trend. “All parents want smart children. This research shows that avoiding spanking and correcting misbehavior in other ways can help that happen,” Straus says. “The results of this research have major implications for the well being of children across the globe.”

The duo studied samples of 806 children ages two to four and 704 children ages five to nine and then retested both groups four years later. The IQs of children between the ages of two and four who were not spanked ranked five points higher compared to those who were spanked in their same age group. Children who were five to nine years old that were not spanked were 2.8 points higher in IQ four years later compared to their spanked counterparts.

Straus and colleagues collected data on corporal punishment in 32 nations among 17,404 university students who experienced spanking when they were children and found lower national average IQ in nations where spanking was more prevalent. Those whose parents used corporal punishment on them even into their teen years showed the strongest link between the behaviour and their IQ. Their data determined two explanations for the relation of corporal punishment to lower IQ:

This research doesn’t surprise me. When a parent chooses to discipline in the form of abuse or aggression, it can only display to the child poor conflict resolution skills, as the outcome for ‘bad behaviour’ is only determined by the abuser and implemented physically rather than by verbally engaging the child and helping them to realize why their acts were not appreciated or accepted.

A study published in the Journal of Family Psychology by researchers at the University of Texas at Austin and the University of Michigan claims that children who get spanked are more likely to “defy their parents and to experience increased anti-social behavior, aggression, mental health problems and cognitive difficulties.“

And this study was more comprehensive than most. Researchers explain “it is the most complete analysis to date of the outcomes associated with spanking, and more specific to the effects of spanking alone than previous papers, which included other types of physical punishment in their analyses.” This study is based off of a meta-analysis of 50 years of research involving over 160,000 children.

The analysis focuses on what most Americans would recognize as spanking — an open-handed hit on the behind or extremities. When any parent chooses to spank their child, more often than not his or her intention is to create long-term obedience, but in reality, it only creates immediate obedience. “We found that spanking was associated with unintended detrimental outcomes and was not associated with more immediate or long-term compliance, which are parents’ intended outcomes when they discipline their children,” says Elizabeth Gershoff, an associate professor of human development and family sciences at the University of Texas at Austin.

Undoubtedly, parents only want what’s best for their children, so their intention, of course, isn’t to cause long-term harm through what they’ve always believed to be an appropriate form of discipline. That’s why it is vital for all parents to recognize the impact they could unknowingly be having on their offspring.

“The upshot of the study is that spanking increases the likelihood of a wide variety of undesired outcomes for children. Spanking thus does the opposite of what parents usually want it to do.”

— Co-author Andrew Grogan-Kaylor, an associate professor at the University of Michigan School of Social Work

Most people would say that there is a clear distinction between physical abuse and spanking, but both were associated with the same detrimental child outcomes in the same direction and nearly the same strength. As Gershoff explains, “our research shows that spanking is linked with the same negative child outcomes as abuse, just to a slightly lesser degree,” and “no clear evidence of positive effects from spanking and ample evidence that it poses a risk of harm to children’s behavior and development.”

Another problem with spanking is that the cycle of harm is most likely to continue. The study explains that adults who were spanked as children were more likely to support physical punishment for their own children.

Researchers with Tamagawa University and the National Institute of Information and Communications Technology in Japan published a paper in the journal Nature Human Behavior that describes possible implications for those who suffer from depression relating to unfair situations. As reported by Medical XPress:

In the study, volunteers were asked to play a video game in which rewards were offered—some of the volunteers were given more than half of the rewards, some were given less than half, and a third group got the same as other players. As the volunteers played the game, the researchers watched blood flow in the brain courtesy of an MRI machine. The researchers focused on the amygdala and hippocampus because they have been associated with depression symptoms in people. They report that the way those brain regions responded when players felt the game was unfair toward them offered a reliable means for predicting depression levels in those people a year later—and that was regardless of whether the volunteer had scored as a pro-social person versus an individualist on a test before playing the video game. They also found that among the brains of volunteers who received more than their share, they could only predict depressive levels in pro-social people.

I find this information to be relevant because, from the perspective of a child, when an adult resorts to physical punishment to amend an issue, the child is likely to feel that something took place that wasn’t right or fair in regards to how a person is to generally be treated. While I agree more research should be done to investigate these suggestions, I think we inherently know that abusing a child, in any way, is wrong, and we don’t need research to prove this.

“It is time for psychologists to recognize the need to help parents end the use of corporal punishment and incorporate that objective into their teaching and clinical practice. It also is time for the United States to begin making the advantages of not spanking a public health and child welfare focus, and eventually enact federal no ­spanking legislation.”

Rebecca English wrote an article in The Conversation that provides some tips for parents looking to take a different approach to discipline.

Below is an excerpt from the article.

Here are a few steps that parents take to encourage a partnership with their children:

The bottom line is, we are the ambassadors for our children. They look up to us, they depend on us, and they can only assume we will make the best possible decisions for their safety and happiness. I believe we owe it to them to do our own research and to be proactive in creating a dialogue with them, gauging their reactions and responses to discipline, and, most of all, being patient. Being a parent is an endless process of growth and transformation for you and your child, so let’s make it a beautiful one.

The World’s 50 Best BarsYou Can’t Have Just One