Your olfactory sense, or the ability to smell, is integral to your health. Inside your nasal passages are two patches of cells designed to detect odors. They are made up of nearly 6 million olfactory receptor cells that allow you to detect and differentiate thousands of different scents. Although impressive, other animals have an even more acute sense of smell as often their survival is dependent on being able to smell enemies or their food.1

Your sense of smell is also intimately tied to your emotions, memories, ability to taste and even to sexual attraction. Research demonstrates that your ability to smell may peak at age 8. According to different studies, you may begin to lose sensitivity to scent between age 15 and your early 20s.2 However, that loss in sensitivity to scent is not consistent from person to person as some 80-year-olds have a sense of smell as keen as that of a young adult.

Some degradation of your sense of smell, and therefore your ability to taste food, may be related to air pollution.3 A combination of solvents, pesticides, disinfectants, pharmaceuticals and perfumes may have a negative effect over the years on your ability to discern scent and on your sensitivity to smell.4 Loss of this ability may affect your capacity to pull up memories from the past.

Research shows odors are an effective reminder of experience,5 which may be tied to the way your brain processes odors and memories. Researchers have also found your sense of smell may predict your longevity, and you may be able to smell the scent of illness. In other words, the relationship between your sense of smell and your health is a two-way street.

Illness Has a Smell

From the early days of medical practice, doctors have used smell and taste to determine if their patients had a disease. Examples may be found from the late 1600s when English physician Thomas Willis observed the relationship between sweet-tasting urine and diabetes,6 to physicians today who may note a fruity scent on the breath of a diabetic whose blood sugar is too high.7 Over the years physicians have moved away from smell and taste to using more reliable methods of diagnosis. 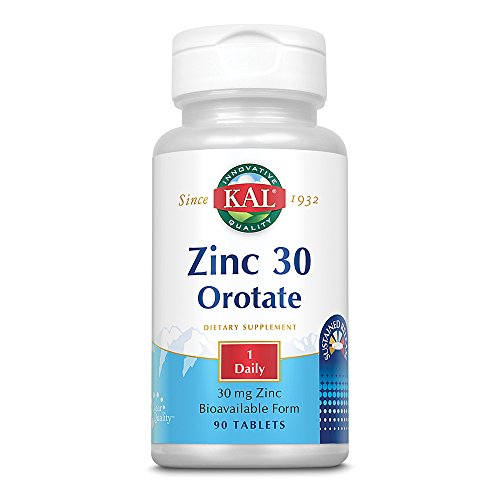 However, a sensitive sense of smell may still give physicians a unique advantage. Some diseases have a particular scent. You may have even detected the scent of a sinus infection on the breath of a loved one. Researchers have described several scents related to diseases,8 including the smell of baked bread on someone with typhoid fever, boiled cabbage in someone unable to metabolize methionine, and the scent of a butcher’s shop on someone who suffers from yellow fever.

It appears that animals use this ability to maintain the health of the group.9 For instance, mice can determine through scent if another is sick, thus avoiding them. After testing this behavior, researchers concluded an inflammatory process in the body of a mouse had a profound impact on social behavior of the individual, reducing the motivation to engage in social interaction. At the same time, illness-related odor cues from a sick mouse inhibited social investigation by healthy members, thus impacting the transmission of disease.

Researchers tested this same response in human behavior and found you likely can smell if an immune response was activated.10Researchers injected participants with an endotoxin and found within a few hours they had a more aversive body odor compared to when they were exposed to a placebo. The researchers believed this chemosensory detection may represent the first experimental evidence that sickness smells.

The researchers also noted the individuals who were sick did not sweat more. The smell from their body was not only stronger but also had a different odor.11 The smell coming from your body emanates from a variety of different areas, not just sweat or your breath. The scent that is “normal” for you will depend on your age, diet, metabolism, health and gender.12

Mats Olsson, Ph.D., lead researcher evaluating scent change in humans after exposure to an endotoxin, continued this work and found the feelings of disgust individuals experienced after smelling unpleasant smells activated a mild immune reaction.13 This, in turn, may help protect you from getting sick. He also explored other sources of scent, such as breath and urine, and found an inflammatory process was indicated by these odors and was a good indicator of some diseases.

How Does Illness Affect Body Odor?

In the original research, Olsson’s participants rated the scent of body odor, or the scent your body produces after bacteria on your skin breaks down proteins from your sweat into acids.14 Your sweat alone is virtually odorless, but the bacteria on your skin that multiply rapidly in the presence of sweat, and the subsequent breakdown of sweat into acids is what triggers the odor. Your sweat is specific to the individual, which is how dogs and other animals can identify different people.

Another example of body odor changing with different levels of hormones in your body is stress sweat. You likely have experienced this phenomenon at some point in your life — your body odor becomes strikingly different and worse when you are stressed. As cortisol and adrenaline, released when you’re stressed, flood your body, they may cause an increase in sweat production.17

The difference is that sweat secreted from your apocrine glands contain more of the nutrients bacteria on your skin require to grow and multiply. These added nutrients increase the byproduct of the bacterial metabolism and change the smell and strength of the odor coming from your sweat. In the same way that a “sick smell” triggers an immune response in others, this type of sweat changes the way you’re perceived.18

Dogs have been used to help people with diabetes detect abnormally high or low blood sugar before they can feel it and predict seizures before they happen. Today, researchers are working with canines to help detect the scent of cancer. Several demonstrations of how dogs are being used to detect medical changes, including the diagnosis of cancer, are shown in this short news video.

A dog’s ability to smell is far greater than a human’s. While you have 6 million olfactory receptor cells, dogs have 300 million, and the part of the brain that is devoted to analyzing those odors is proportionally 40 times larger than yours.19 Dogs in the study in Britain detected bladder and prostate cancer 90 percent of the time or greater. In another study, dogs could detect lung cancer with up to 85 percent accuracy.20

“This study shows that a specific cancer scent does indeed exist and that cancer-specific chemical compounds may be circulating throughout the body. These odor materials may become effective tools in colorectal cancer screening.”

Even without training, dogs can detect differences in their owners and warn them of impending problems. In a study of 212 dog owners with medically diagnosed Type 1 diabetes, researchers found 65 percent reported their untrained dogs had warned them of an impending hypoglycemic event by barking and growling.23

Researchers have known that malignant tumors exude tiny amounts of alkanes and benzene derivatives that are not found in healthy tissue.24 In another study using dogs to detect either lung or breast cancers, the researchers found the animals were 88 percent accurate with breast cancer and 99 percent accurate with lung cancer detection, with no false positives.25 However, while the dogs provide a noninvasive way of screening for disease, many medical professionals find the practice controversial.26

Not all studies demonstrate the same accuracy, although the scent may be confounded by other odors present in the area, such as hospital odors when tests are done in the hospital. Accuracy is also slightly different between individual dogs, in much the same way that behaviors between most trained animals occur. Some researchers are interested in isolating the exact compounds detected by the dogs so training may be standardized.

Since some studies have not been able to replicate the results, and the animals do not perform the same way 100 percent of the time, scientists have been investigating the use of electronic noses. The concept is similar to the devices built to detect explosive components used in bomb making.27 Early use of electronic noses was undertaken by police departments to identify and quantify alcohol use in drivers.

However, for electronic devices to function, researchers must first identify the chemical components of the disease that are causing the smell. Scientists believe this may standardize the process and improve diagnosis using noninvasive methods. Using an electronic method may also overcome skepticism of physicians who may not want dogs participating in the diagnosis of disease, but may be more comfortable with an electronic device similar to one in use since 1967 to test alcohol levels on your breath.28

While electronic devices may be more acceptable in the medical community for diagnosis, dogs continue to be an important adjunct to the management of several metabolic and neurological disorders. According to \ at Monell Chemical Senses Center:29

“There are groups looking to fund research with dogs as detectors because dogs can pick up the odors in people, particularly children who are not properly regulating themselves, Type 1 diabetic children. They can be trained to pick up this peculiar odor on the breath at an early stage and warn people that they are having a low or going into a high of blood sugar.”

Importance of Smell to Your Health and Predicting Death 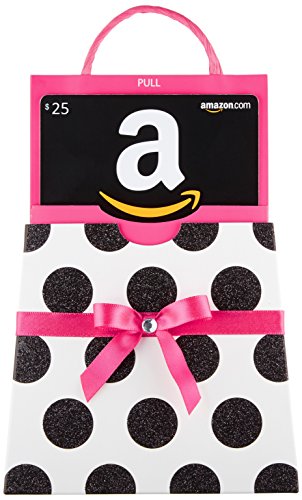 Your sense of smell may also have predictive value in determining your longevity, and changes in your sense of smell may indicate the early stages of dementia.30 Smell is inextricably linked to memories formed in the limbic area of your brain. In a study of nearly 3,000 people ages 57 to 85, researchers found that nearly all the participants who could identify only one or two of five different scents had evidence of dementia five years after the test was completed.31

The olfactory nerve is located deep in the base of the brain. When you have problems with smell, it may indicate a higher likelihood you may develop Parkinson’s disease or other neurological disorders, such as Alzheimer’s disease. According to the U.S. Centers for Disease Control and Prevention, Alzheimer’s is the sixth leading cause of death in the U.S. and has an annual research budget of $480 million.32

Researchers hope that by using a simple and inexpensive smell test for early identification, patients may be saved the cost of an MRI and offered early intervention to slow the progression of the disease. In an analysis of similar data from the National Social Life, Health and Aging Project,33 researchers found an inability to perceive odor was associated with a four times greater risk of death in the following five years, compared to those who had a healthy sense of smell.

The researchers took into account potential confounding factors, such as nutrition, smoking, cognitive function and alcohol abuse. The researchers concluded that your olfactory sense was one of the strongest predictors of five-year mortality. As reported in the Guardian:34

“The olfactory nerve is the only part of the nervous system that is exposed to the open air. As such, it offers poisons and pathogens a quick route into the brain, and so losing smell could be an early warning of something that will ultimately cause death.”

The loss of sense of smell is also a symptom of zinc deficiency. You can read more about this deficiency, how to test for it and the foods that may balance your zinc levels in my previous article, “Study Warns That Losing Your Sense of Smell May Mean You May Not Live Much Longer.”

Still Stumbling on the Tarmac The Phony Islamic State