Centennial: The Bolshevik Revolution of 1917

On October 25, 1917, the precursor to the Communist Party in Russia launched a 24-hour revolution against the revolutionary government of socialist Alexander Kerensky. This became known as the October Revolution in order to distinguish it from the revolution that had overthrown the Czar the previous February. In the October revolution, two people were killed while the revolutionaries were capturing the Winter Palace, where the Provisional Government met. By the evening of October 26, it was clear just how provisional the government had been.

On August 21, 1991, eight leaders of the tattered remnants of the Communist Party of the Soviet Union launched a coup against the government of Communist Mikhail Gorbachev. They had placed him under house arrest at his dacha 900 miles away. Boris Yeltsin was visibly in charge of the existing government at what was known as the White House: the parliament building. The Communists sent in troops to remove him and his supporters. Thousands of citizens then lined up to resist the troops. The troops refused to fire on them. That ended the Communist Party’s power. Three civilians were killed by armored personnel carriers.

A total of five people were killed at the beginning and the end of the Bolshevik revolution. In between, Lenin and Stalin (mainly Stalin) executed or starved at least 15 million people, according to the 2007 edition of Robert Conquest’s 1968 book, The Great Terror. Conquest had initially estimated 20 million. We will never know for sure, he said in 2007. 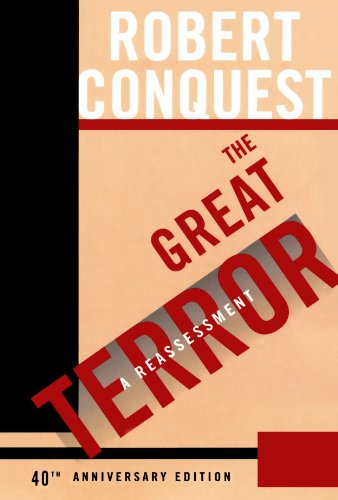 Out of the Bolshevik Revolution came the Chinese Communist revolution under Mao. There were more: North Vietnam, North Korea, Cambodia’s Khmer Rouge, Cuba, Albania, and the Soviet satellite nations in central and eastern Europe. The grand total of those who died under Communist tyranny was between 85 million and 100 million, as reported by The Black Book of Communism (1997). This may have been as high as 150 million.

Without Lenin, there would not have been Hitler. Hitler positioned his National Socialist German Worker’s Party as the only reliable bulwark against Bolshevism. Add another 60 million for World War II.

His real name was not Lenin. It was Vladimir Ulyanov. He was a follower of Karl Marx in 1887. That was the year that his older brother was executed for having been the chemist who was constructing a bomb to be used to assassinate Czar Alexander III.

Lenin spent the rest of his career as Marxist revolutionary. He achieved his goal in a rural nation in which there was no developed capitalist system. Marx had taught that it was necessary for the Communist revolution to take place in a capitalist nation: the next stage of the mode of production after feudalism. That did not bother Lenin or the other Marxists who were involved in the October Revolution.

From 1897 to 1900, he spent three years in western Siberia under “hut arrest.” Wikipedia reports: “Deemed only a minor threat to the government, he was exiled to a peasant’s hut in Shushenskoye, Minusinsky District, where he was kept under police surveillance; he was nevertheless able to correspond with other revolutionaries, many of whom visited him, and permitted to go on trips to swim in the Yenisei River and to hunt duck and snipe.” The authoritarianism of the Czarist state was a mild-mannered precursor of the terrorist state that Lenin built.

Lenin was a voluminous writer, just as Marx had been. Imitating Marx, he wrote his books and pamphlets on issues of interest only hard-core Marxist revolutionaries. He did not write for the masses. He was involved in constant power struggles and constant debates, verbal and in print, over the fine points of revolutionary theory and practice. The groups that he belonged to were tiny. In this way, his career was a carbon copy of Marx’s until October 25, 1917. Then everything changed – for him, Russia, and the world.

THE POWER TO RENAME

Ulyanov assumed the alias Lenin in 1901.

In 1903, he was engaged in a struggle with a rival faction inside the Marxist Russian Social Democratic Labor Party. He demanded that party members devote time and money to the movement. His opponents allowed some members to attend meetings without making major commitments. A showdown took place at the Second Party Congress in London. The meeting was so small that it was held in a chapel. Lenin’s faction won. He named his faction the Bolsheviks: majority. He named his rivals the Mensheviks: minority.

Naming things was basic to Lenin’s concept of revolution. This is reminiscent of the story of the tower of Babel. “And they said, Go to, let us build us a city and a tower, whose top may reach unto heaven; and let us make us a name, lest we be scattered abroad upon the face of the whole earth” (Genesis 11:14).

He was joined by men with new names: Josef Stalin (aka Josef Jughashvili ), Leon Trotsky (aka Lev Bronstein), Grigory Zinoviev (aka Hirsch Apfelbaum), Lev Kamanev (aka Lev Rozenfeldt). The latter two were executed by Stalin in the purges of 1934-36. The head of the NKVD who oversaw their execution was Genrikh Yagoda (aka Yenokh Gershevich Iyeguda). Stalin had him executed in 1938. He had

Trotsky assassinated in Mexico in 1940. Conclusion: an apostate Christian atheist used the Communist state to murder apostate Jewish atheists. I appreciate the insight of Jacques Mallet du Pan, who in 1793 described the French Revolution: “Like Saturn, the revolution eats its children.” I add this: “But not soon enough.”

A side note: Stalin was a very serious seminarian. He studied for five years. He was the best student in the school. Then he left. It is not clear why. This was a replay of Marx’s early years. Up until he went to college, Marx was a self-conscious Christian. His senior thesis was explicitly Christian. Then, without warning or explanation, over the summer he became an atheist, and soon thereafter, a revolutionary. (I discussed this in my 1968 book, Marx’s Religion of Revolution, p. xxv.)

The Russian word “stalin” means “man of steel.” It sounds powerful. Jughashvili was 5’6″, one inch taller than Lenin. He weighed 165 lbs, or so official figures reveal. He always wore a heavy coat in public that made him look like a person with more bulk. He was not a Russian. He was Georgian. He crafted his own image. The image was fake. He was a skinny shrimp who got his start in politics as a bank robber.

When the Bolsheviks came into power, they renamed cities. St. Petersburg had become Petrograd in 1914 after the war with Germany began. This meant Peter’s City. The authorities wanted to avoid two German words, Sankt and Burg. The Communists changed Petrograd to Leningrad in 1924, five days after Lenin’s death. They changed the name of Tsaritsyn to Stalingrad in 1925.

In 1961, Stalin’s former toady Nikita Khrushchev instructed his toadies, who ran the USSR, to change Stalingrad to Volgograd. He wanted to show his independence. From 1953, the year Stalin died, until his removal in 1964, Khrushchev was the General Secretary of the Communist Party. He had been Stalin’s enforcer in Ukraine in 1946–47 during the famine. At least 300,000 died. It may have been five times this. In 1956, Khrushchev delivered a four-hour speech on the cult of personality of Stalin. It was a blistering attack. He vilified the memory of his boss, who had told him what to do for years. Renaming Stalingrad was the culmination of his rebellion. He understood what the Bolsheviks had always understood: the power of renaming.

Throughout the entire history of the USSR, the government changed the names of cities and towns. On the morning of December 25, 1991, Gorbachev announced on television the end of the USSR. The four-day-old Commonwealth of Independent States had replaced it, he said. He resigned as President. The Soviet flag was lowered for the last time that evening. For the next few years, the government changed the names of hundreds of Soviet cities and towns back to their pre-1917 names. The importance of this was missed by old-line American anti-Communists, some of whom insisted that the public suicide of the USSR was fake: a Communist-orchestrated deception. Those name changes persuaded me that the anti-Revolution revolution was real.

Previous article by Gary North: The Case Against Gold