Safety Standards and Regulations Will Not Protect us From Storms

Bret Stephens, who wrote “Hurricanes, Climate and the Capitalist Offset” for the New York Times, is an economic ignoramus.

“Climate activists often claim that unchecked economic growth and the things that go with are principal causes of environmental destruction. In reality, growth is the great offset. It’s a big part of the reason why, despite our warming planet, mortality rates from storms have declined… Death rates from other natural disasters such as floods and droughts have fallen by … staggering percentages over the last century.

Stephens also writes as follows: “Why do richer countries fare so much better than poorer ones when it comes to natural disasters? It isn’t just better regulation. I grew up in Mexico City, which adopted stringent building codes following a devastating earthquake in 1957. That didn’t save the city in the 1985 earthquake, when we learned that those codes had been flouted for years by lax or corrupt building inspectors, and thousands of people were buried under the rubble of shoddy construction. Regulation is only as good, or bad, as its enforcement.”

They can have all the regulations and “safety standards” they want in poverty-stricken nations such as Bangla Desh. Either these bureaucratic rules will be ignored, or, if they are rigidly upheld and enforced, then virtually no new houses will be built, and almost all extant houses will have to be torn down. Why? Since this country is so poor, it cannot possibly live “up” to these modern, western, regulations and “safety standards.” And, why, you may ask, are these people so poor? Answer: because they have too much government, too many “safety standards,” too little respect for laissez faire capitalism, for private property rights, etc. In advanced countries, “safety standards” are rampant, but we are safe not because of them but rather in spite of them.  Stephens implies that had only the Mexicans not “flouted” the rules, had the “building inspectors” not been so corrupt, then things would have been better for these people. Not at all. Under these conditions, many more them people would have perished from lack of housing in the first place! Hey, storms only come once in a while. People need housing all year around. 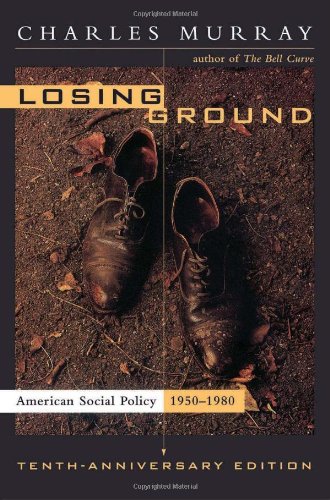 “Green jobs?” Like Solyndra? They are a waste of time and money. Don’t you just enjoy the perplexity of the greenos who support windmills and birds, and yet the former kill the latter? Don’t you just love the hypocrisy of Al Gore jetting around the world like it is going out of style, all the while whining about overuse of natural resources.

Our warming planet? Who can trust “climate activists” and left-wing environmental “scientists” when they think there is such a thing as “settled science”; when they try to put in jail those with whom they disagree under criminal RICO statutes, meant for organized crime (see below on this).

Funds scientific research? Here is what Murray N. Rothbard had to say about that debacle.

Builds spillways and wastewater plants? The Army Corp of Engineers did not do such a great job in the lower Mississippi River. Almost 1,900 people died in the aftermath of Katrina, when the levies constructed by Stephens’ favorite institution, government, fell apart with subsequent mass drownings. See below on this re Katrina.

Elon Musk? In my forthcoming book, Nelson, Peter Lothian and Walter E. Block. Space capitalism: the case for privatizing space travel and colonization, we take this rascal to task. “Too big to fail” is one thing. Not a good thing, but one thing. Here we have, at least at the beginning, “too small to fail.” When oh when will the statists ever learn that the market is the last best hope for mankind, not public private partnerships, nor corporate state monopoly capitalism. Welfare for the poor does not work out too well. Neither does corporate welfare of the Musk variety. Thomas Sowell once said: “It is hard to imagine a more stupid or more dangerous way of making decisions than by putting those decisions in the hands of people who pay no price for being wrong.” This applies, in spades, to Elon Musk. Why should he not have to pass the market test?

“Safety standards” for buildings, factories, homes, stadiums are but the geographical equivalent of the minimum wage law. Suppose, Bangla Desh again, they rigidly imposed, without exception, a minimum wage of $15 per hour. Would that enrich them? Of course not. It would only result in dire and gargantuan unemployment. In like manner, fully enforced “safety standards” at US levels would deprive them of virtually all the buildings they now enjoy.

One last point. Some of our friends on the left say things like this: “In many ways, Houston is paying the price for lack of planning and civil engineering regulations and design. Not because engineers and planners didn’t know what to do and recommend that it be done, but largely because of the Texas attitude to government.”

It cannot be denied that this great city of Texas is one of the least governed of all major cities. Indeed, for many years it had virtually no zoning regulations at all, and even nowadays they are fewer and more far between and significantly less onerous than in many other cities, Texas included. To this statement I have two comments. First, the deaths from Katrina in New Orleans and surrounding territories was in the neighborhood of 1,900. So far, as of this writing, those from Houston are at 38. Don’t get me wrong. Every one of those 38 lives was precious. Many, most of them, could have been saved if Houston had less central planning, and more free enterprise. But when you compare 1,900 and 38, we are talking about the difference between developed and undeveloped economies. Second, people like this who trash Houston’s (relative) support of free enterprise should read the monumental works of Bernie Siegan, our point man on free enterprise in Houston:

On RICO and watermelon environmentalists:

Driessen, Paul. 2017. “The Ignorance, Intolerance, and Violence of the ‘Climate Crusaders.’” May 2;

Murphy, Robert P. 2005. “How the Market Might Have Handled Katrina” November 17.

The Truth Needed for Human SurvivalThe End of the Conservative Movement