In awe at the destruction 50 inches of rain did to East Texas and our fourth-largest city and in admiration as cable television showed countless hours of Texans humanely and heroically rescuing and aiding fellow Texans in the worst natural disaster in U.S. history.

On display this week was America at her best.

Yet the destruction will not soon be repaired. Nearly a third of Harris County, home to 4.5 million people, was flooded. Beaumont and Port Arthur were swamped with 2 feet of rain and put underwater.

Estimates of the initial cost to the Treasury are north of $100 billion, with some saying the down payment alone will be closer to $200 billion. In inflation-adjusted dollars, the cost of Harvey will exceed that of the Marshall Plan, which rebuilt Europe after World War II.

Though the country has appeared united since the storm hit, it is not likely to remain so. Soon, the cameras and correspondents will go home, while the shelters remain full, as tens of thousands of people in those shelters have only destroyed homes to return to.

When the waters recede, the misery of the evacuees left behind will become less tolerable. Then will come the looters and gougers and angry arguments over who’s to blame and who should pay. 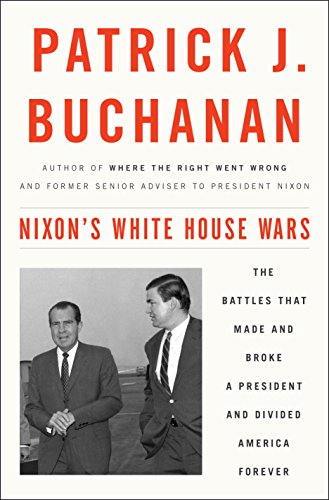 They have already begun. Republicans who balked at voting for the bailout billions for Chris Christie’s New Jersey after Hurricane Sandy ravaged the coast in 2012 are being called hypocrites for asking for swift and massive federal assistance to repair red state Texas.

And whereas George W. Bush soared to 90 percent approval after 9/11, no such surge in support for Donald Trump appears at hand.

Indeed, the sneering and sniping began on his first visit to Texas.

He failed to celebrate the first responders, they said. He failed to hug any of the victims. He failed to show empathy. First lady Melania Trump wore spiked heels boarding Marine One for Texas.

A prediction: The damage done by Harvey — as well as the physical, psychic and political costs — will cause many to echo the slogan of George McGovern in 1972, when he exhorted the country to “come home, America.”

The nation seems more receptive now, for even before Harvey, the media seemed consumed with what ails America.

The New York and D.C. subway systems are crumbling. Puerto Rico is bankrupt. Some states, such as Illinois, cannot balance their budgets. The murder rates are soaring in Baltimore and Chicago. Congress this month will have to raise the debt ceiling by hundreds of billions and pass a budget with a deficit bloated by the cost of Harvey.

And the foreign crises seem to be coming at us, one after another.

Russia is beginning military maneuvers in the Baltic and Belarus, bordering Poland, with a force estimated by some at 100,000 troops — Vladimir Putin’s response to NATO’s deployment of 4,000 troops to the Baltic States and Poland.

The U.S. is considering sending anti-tank missiles to Kiev. This could reignite the Donbass war and bring Russian intervention, the defeat of the Ukrainian army and calls for U.S. intervention.

demilitarized zone. Reports from South Korea indicate that Kim may soon conduct a sixth underground test of an atomic bomb.

War in Korea has never seemed so close since Dwight Eisenhower ended the Korean War with an armistice more than 60 years ago.

Despite the opposition of his national security team, Trump is said to be ready to repudiate the Iranian nuclear deal in October, freeing Congress to reimpose the sanctions lifted by the deal.

This would split us from our NATO allies and, if Iran ignored the new U.S. sanctions or began anew to enrich uranium, force Trump’s hand. Is he, are we as a country, ready for another trillion-dollar war, with Iran, which so many inside the Beltway seem so eager to fight?

The U.S. and Turkey have urged Iraq’s Kurds to put off their nonbinding referendum on independence Sept. 25. The vote seems certain to endorse a separate state. A Kurdistan, seceded from Baghdad, would be a magnet for secession-minded Kurds in Turkey, Syria and Iran, 30 million in all, and present a strategic crisis for the United States.

Along with the steady growth of entitlement spending, the new dollars demanded for defense, the prospect of new wars and the tax cuts the White House supports, Hurricane Harvey should concentrate the mind.

Great as America is, there are limits to our wealth and power, to how many global problems we can solve, to how many wars we can fight and to how many hostile powers we can confront.

The “indispensable nation” is going to have to begin making choices. Indeed, that is among the reasons Trump was elected.

Previous article by Patrick J. Buchanan: Battle Over the Soul of the GOP