GRIFFIN INTERNET SYNDICATE, JANUARY 27, 2004 – In 1960, when I was 14, I was nuts about JFK. The first one, John F. Kennedy, not the current one, John F. Kerry. I got about thirty JFK buttons from the local Democratic headquarters, pinned them all to my shirt, and wore them to school.

Mr. Elliott, my former math teacher, who had a wonderfully dry sense of humor, took one look at me and said, “Why, Joe! Have you thrown subtlety to the winds?” I loved that man. His deadpan ribbing always made me feel like an adult, which is a nice way to help a boy grow up

Of course throwing subtlety to the winds is what politics is all about. In 1960 I didn’t realize that JFK was establishing a lasting style of campaigning for the presidency: offering “idealism” and “leadership,” meaning proposing extravagant missions for the government. JFK promised a “New Frontier,” which took form (sort of) in the “space race” that culminated in putting a man on the moon before the Russians did.

JFK’s successor, Lyndon Johnson, promised a “Great Society,” meaning a lot of new Federal programs. And even today, presidential candidates are expected to make enormous promises, entailing huge Federal spending. President Bush is talking about sending men (and women) to Mars, among other things. Many other things. And he is said to be a conservative!

Utopian reflexes have become part of the job description of the American presidency. We take them for granted. The idea that the president is merely an “executive,” that is, executing the laws passed by Congress, seems pathetic and pusillanimous. Today the president is supposed to think big, like Buzz Lightyear: “To infinity — and beyond!”

Not so long ago, the writer Henry Allen has observed, politics was a rather narrow specialty: fat guys in three-piece suits cutting deals in those famous smoke-filled rooms. Politics pretty much left you alone. Now it encompasses absolutely everything: the food you eat, the air you breathe, the clothes you wear. Nothing is off-limits. Politics is life! Human destiny itself is being decided in New Hampshire!

The historian John Lukacs once caused controversy by writing that life was fairly free, except for Jews, in Hitler’s Germany. But I can well believe it. Today’s democracies make the old totalitarian regimes seem rather quaint by comparison. I suspect that you could light a cigarette in a restaurant in Berlin in 1936 without even thinking about it. The tyrants of that era hadn’t even gotten around to the fine details that obsess today’s democracies, which “protect” us from evils whose existence our ancestors didn’t even recognize — “homophobia,” for example.

We have been living amidst one of the great revolutions of human history, and we hardly know it: the penetration of the State into every aspect of human life and society. Some people regard this as good and “progressive,” others regard it as tyrannical; but either way, it’s a fact, a transformation as great as, say, the Industrial Revolution. Absolutely nothing is now beyond the scope of State power.

You might think people would at least notice. But so far this age has received no tag, unlike the Stone Age, Feudalism, the Renaissance, the Reformation, the Enlightenment, and other eras of profound change that left nothing as it was before. 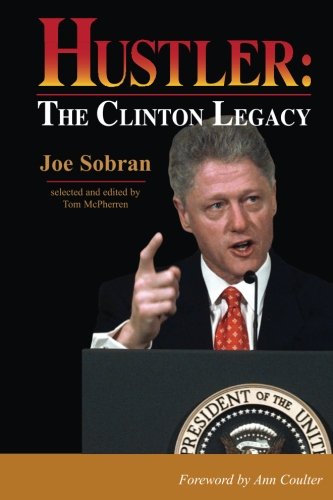 Rulers like Nero and Caligula have achieved notoriety for their personal cruelty, but they didn’t really change — or want to change — the way people actually lived. Their impact was superficial. However shocking their own conduct, their subjects weren’t particularly less free than they’d always been.

In the same way, Bill Clinton’s grossly indecorous behavior hasn’t made Americans less free; nor has George W. Bush’s apparently more proper conduct made us freer. The great transformation continues under both parties. No presidential candidate proposes to reverse it because none is even aware of it. The only question is how to carry it on.

In the 1940s, Friedrich Hayek intuited the great change, which he called “the road to serfdom.” He was attacked for suggesting that the Nazi, Fascist, Socialist, Communist, and Democratic regimes were all in agreement on the basic premise that the State’s power must keep expanding. Today, when a “conservative” Republican president assumes that same premise, who can doubt that Hayek was right?

“Buzz Lightyear for President” by Joe Sobran was published originally by Griffin Internet Syndicate on January 27, 2004.

Alligator or Crocodile? Be Armed, Be Your Own Doctor, and Learn Revisionist History