For three decades, E. D. Hirsch, Jr. has been one of the foremost defenders of the American public schools. He has also been a critic of the content of American education. None of criticism has gained any traction in the schools.

I did a search on Google for “E. D. Hirsch” and “public schools.” I got a lot of hits, as you can see here.

He has few critics. He also has no supporters with any power inside the schools. At age 89, he still has nothing to show for his time in redesigning the public school curriculum.

Hirsch wrote a best-selling book that appeared in 1987: Cultural Literacy. It presented the basics of what an educated American needs to know early in life — no later than college. The public schools were supposed to teach this, he said. They didn’t. The book was utopian then. It is a faded memory today. The public schools do not impart such knowledge. They haven’t since the end of World War II.

He has finally come to his senses. He is in despair. It a recent article, he offers a lament. It is, in fact, a funeral oration of a corpse. It appeared in a digital publication: Democracy. Democracy has been the religion of secular humanism for two centuries. His article is titled “A Sense of Belonging.” The article shows what he sees as the world we have lost. 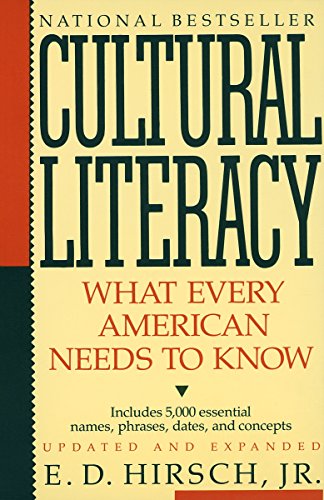 It is the world that Hirsch and his liberal peers have lost. It is the world that some of us have been criticizing for half a century and which generations of Catholic resisters criticized ever since they got off the ships from Ireland in the 1840’s. Massachusetts was the last state to abandon tax-supported churches. That was in 1833. In 1837, the state created a replacement church, the department of education. The man who ran it was a liberal Unitarian lawyer, Horace Mann. Catholic immigrants a decade later recognized the Boston public schools for what they were: Unitarian training centers. In poverty, they started Catholic private schools. Not until the 1970’s did the bishops pull back in their support of independent schools.

THE QUEST FOR COMMUNITY

Hirsch begins with comments on a recent book, Tribe.

In one of its chapters, Tribe interprets the psychology of veterans who falsely claim post-traumatic stress disorder. Men and women who served in the military with patriotism and loyalty, and who would never cheat the fellow members of their military units, are willing to cheat their fellow citizens in civilian life by lying about their medical conditions. Veterans are feeling alienated and isolated in contemporary America. They prefer their anxiety-filled wartime experiences among close-connected comrades to their current meaning-deprived existences.This paradox is explained, Junger argues, by the loss in modern America of a basic psychological fulfillment—a feeling of group solidarity and a sense of belonging.

Back in 1953, conservative sociologist Robert Nisbet wrote a book on the origins of European totalitarianism. It was titled The Quest for Community. He attributed the rise of totalitarianism to a similar loss of a sense of community that took place in Western Europe in the first half of the 20th century. He attributed this to the ideology of statism, which defines human existence in terms of citizenship rather that the traditional associations that had built Western civilization: family, churches, charitable societies, social clubs, and brotherhoods — what he called intermediary institutions. He traced this back to Rousseau’s concept of the general will, which is exclusively 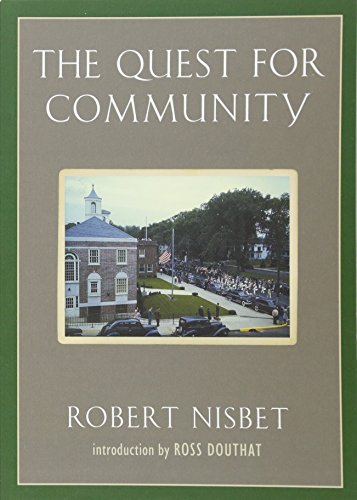 It is impossible to read Plato’s polemical writings without feeling the clear honest devotion to the individual as well as the state. The problem for Plato, as it was to be the problem for Russo 2000 years later, was that of discovering the conditions within which the absolute freedom of the individual could be combined with the absolute justice of the State.Plato’s solution of the problem was radical. It was nothing less than the extermination of all forms of social and spiritual loyalty which would, by their mere existence, constitute distractive influences upon individuals and divisive allegiances within the total community of the State itself. “The zeal of the state had come upon Plato, “[Ernest] Barker has written, “and had to come as a fire to consume whatever was not of the State. A fire will not stop and exceptions, and these exceptions to the organic unity of the State he could not brook.” (ISI edition, pp. 106-7).

This same Platonic illusion of the primary sovereignty of the state has captivated political American liberals ever since the mid-19th century. The public school system was always their primary engine of recruitment, indoctrination, and training. Hirsch laments the loss of the sense of community but is his article shows, he is defining community as the state. This has been the curse of post-Darwin liberalism ever since the rise of the progressive movement in the United States at the end of the 19th century. The most forthright statement of this religion of humanism was written by the man who is accurately described as the father of American central economic planning, Lester Frank Ward, in his crucial two-volume work, Dynamic Sociology (1883). I have discussed Ward in Appendix A of my book, Sovereignty and Dominion: An Economic Commentary on Genesis. You may download it here.

The loss of a sense of belonging has been a culture-wide phenomenon in in Western civilization ever since the end of World War II. So, this is nothing new. Harvard political scientist Robert Putnam wrote a best-selling book on this, Bowling Alone (2000). An even better book is Charles Murray’s Coming Apart (2012). 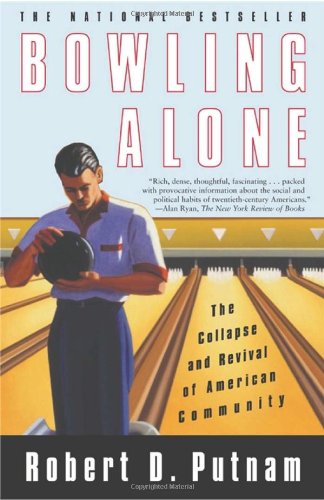 The rise of the American welfare state, which began with the American public school system, has been at the heart of this breakdown. The state has attempted to replace the family, the church, and other institutions that have provided welfare for their members. The phrase “womb to tomb” is accurate. Advocates of the modern democratic welfare state are adamant that the state should be the primary agency of welfare in society, and their main complaint is that it is not yet the only source of welfare in society.

WHAT EVER HAPPENED TO THE MELTING POT?

Hirsch sees that the public schools have failed in indoctrinating the nation’s young.

The image of America as a melting pot is now almost universally rejected as an outdated conception. It’s said that a better metaphor is that of a mosaic. That’s indeed a more fitting image than melting pot for our variegated nation. But mosaics are highly unified works of art, put together with glue and grout. In the United States, those binding elements are our national language and its public culture, including laws, loyalties, and shared sentiments, that make the language intelligible. If the sense of national unity now seems to be threatened, it is not just because of globalization, economic change, and new technologies—the usual explanations. Another causal factor needs to be adduced.Over the past six decades, changes in the early grades of schooling have contributed to the decline of communal sentiment. Under the banner of “Teach the child not the subject!” and with a stress on skills rather than content, the decline in shared, school-imparted knowledge has caused reading comprehension scores of high school students to decline. Between the 1960s and 1980s, scores dropped half a standard deviation and 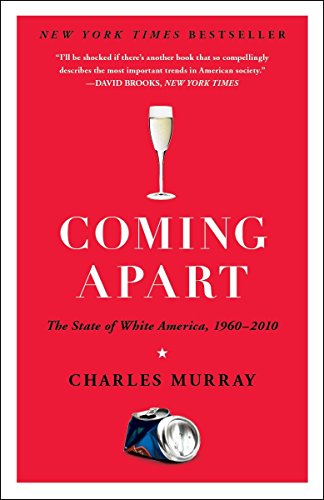 have never come back. In addition, school neglect of factual knowledge, including American history and its civic principles, joined with a general de-emphasis of “rote learning” and “mere fact,” induced a decline in widely shared factual knowledge among Americans. This not only weakened their ability to read and communicate; it has left them with weaker patriotic sentiments, and with a diminished feeling that they are in the same boat with Americans of other races, ethnicities, and political outlooks.

No other institution has replaced the schools in this function.

Conservatives did not do this. For the most part, conservatives opposed this development. They wanted American history to be taught in the schools, not social studies. This destruction of the indoctrinating factors in education was designed and implemented by the ideological peers of Hirsch.

The conservatives have naïvely believed that if they could be put in charge of the schools, and especially the universities that train teachers, they could improve the public schools. They have believed that it is their responsibility to capture the public school system. Their strategy has been based on this principle: capture, not replace. This strategy has been a colossal failure. It has not worked in any school district in the United States. It has not come close to working. It was wrongheaded from the beginning. It acknowledged this principle: the state has a legitimate role of educating children. This was from the beginning of the American public schools an attempt to undermine the authority of parents. A handful of conservatives opposed this, but their objections were drowned out by conservative activists who believe as strongly in the state as a legitimate institution for shaping students’ ideas as the liberals do.

The good news is this: the liberals’ chickens have come home to roost. It turns out that the control over public education has backfired.

Previous article by Gary North: Tricked on the 4th of July