The Worst of the Worst 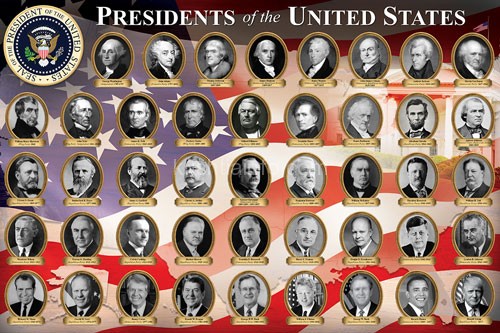 Every year a multitude of lazy regime journalists (such as this one) are ordered by their editors to tweak and recycle a banal and deferential piece on the “best” or “worst” presidents for consumption by the naïve and willfully ignorant masses. These usually appear before the 4th of July. They ritualistically consult “court historians” in the hope of providing a Ouija board luster and enticing panache to these clichéd parables regarding the deification of the occupants of 1600 Pennsylvania Avenue.

“Court historians” are the intellectual bodyguards of the State. They shape and defend the “official line” or interpretation on the State’s wars, its presidential regimes, or other key historical events and public policies. As a result they enjoy high esteem and recognition in the mainstream media and academia. As defenders of the status quo they frequently attack and label their critics as “conspiracy theorists,” “revisionists,” “isolationists,” “appeasers,” “anti-intellectuals,” or other boogie men, rather than engage in civil discourse or discussion.

All States are governed by a ruling class that is a minority of the population, and which subsists as a parasitic and exploitative burden upon the rest of society. Since its rule is exploitative and parasitic, the State must purchase the alliance of a group of “Court Intellectuals,” whose task is to bamboozle the public into accepting and celebrating the rule of its particular State. “The Court Intellectuals have their work cut out for them. In exchange for their continuing work of apologetics and bamboozlement, the Court Intellectuals win their place as junior partners in the power, prestige, and loot extracted by the State apparatus from the deluded public. “The noble task of Revisionism is to de-bamboozle: to penetrate the fog of lies and deception of the State and its Court Intellectuals, and to present to the public the true history of the motivation, the nature, and the consequences of State activity. By working past the fog of State deception to penetrate to the truth, to the reality behind the false appearances, the Revisionist works to delegitimize, to desanctify, the State in the eyes of the previously deceived public.

Two exceptional online articles which go light-years beyond these monotonous and moronic pieces in their critical analysis and prudential reflection are “Our Greatest Presidents?” by historian Ralph Raico, and “Down With The Presidency” by Lew Rockwell.

Is America Still a Nation?The Fraud of the White Helmets