The Patsy and the Culprit

When was the last time you heard someone call for the abolition of government — government as we’ve known it?

Why would anyone want to abolish government?  Isn’t it necessary, at least for purposes of common defense and resolution of disputes?  Since the absence of government is anarchy, wouldn’t we be at the mercy of gangs and warlords?

If the warlords argument is true in all cases, isn’t that proof we need a coercive government to rule us?  If it isn’t true in all cases, do we have a peaceful means of removing ourselves from government’s authority?  Has any society ever had a choice about how it is ruled or have they all been subjugated through violence and the threat of violence?  Can people living lawfully under government continue to live lawfully if all legal and defense services are contractually provided?

What if governments in the 20th century killed more of their citizens than died in their wars?  What if the U.S. government was duplicitous about every conflict in which it was involved?   What if the U.S. government conducted total war against its citizens in 1861-1865 when some of them decided to exercise their right of secession?  What if slavery had ended peacefully in every country except the U.S., making Lincoln’s war and the deaths of nearly 850,000 Americans unnecessary?  What if Lincoln the dictator demonstrated how vulnerable written constitutions are with his usurpation of power?  What if his power grab during the war and the 12 years of “Reconstruction” after it created the violence and chaos normally associated with anarchy? 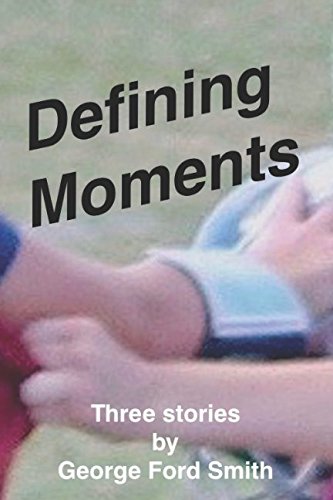 What if government declares it a felony to own sound money?  What if a market-selected monetary commodity such as gold or silver was the citizens’ check on government power and the principle reason for outlawing it?  What if government has substituted easily inflatable paper and digits for sound money?  What if monetary inflation is another name for counterfeiting but referred to as “accommodation”?  What if counterfeiting is a major reason for government growth?  What if the government through its central bank hasbought the economics profession?  What if the public regards the federal reserve as a mandatory institution of our economy rather than a slick way of milking it?

What if Fed monetary inflation during the 1920s brought on the Crash?  What if the Great Depression was not a market failure, but was caused and prolonged by government interventions into the economy, beginning with Hoover and accelerating under Roosevelt?  What if the government’s aim to allegedly “save capitalism” almost destroyed it?  What if the country could have avoided the Crash and the Depression if the economy had been free from government meddling?

What if our choice in government is not coercion or chaos, but coercion or contract?   What if the state cannot protect us from violent incursions on our lives?  What if it’s not in the state’s interest to do so?  What if, in Hans-Hermann Hoppe’s words, the legitimacy of the modern state rests on the belief it can protect us?

What if the free market is pro-life and government anti-life?  What if market anarchy has been a patsy and government the real culprit in our declining civilization?

P.S. Check out my latest book, Defining Moments.  You might enjoy the lively 2:30 minute video promoting it.